Founder and ECD of Shanghai Berlin on design, data and Tintin 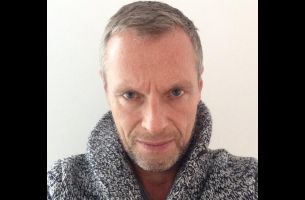 Born to a commercials-directing father, it was almost inevitable that Stefan Karl would end up working in advertising. Having said that, the stuffiness of his school friends’ fathers’ financial jobs also guided him on his path to creativity. A Frankfurt native, Stefan now resides in Berlin as Managing Partner / Executive Creative Director of his agency Shanghai Berlin. He founded the agency 15 years ago after a short two-year stint in London in which he honed his entrepreneurial know-how. Outside of work, Stefan is just as immersed in creativity – along with his wife he conceptualised a seven story townhouse in Berlin’s Mitte district in which they now live and that has been featured in various publications and won numerous awards.

LBB’s Addison Capper caught up with him to find out what keeps him ticking.

LBB> How did you get into advertising? Was it always the plan or more of an accident?

SK> I guess it was an accidental plan. My father used to direct commercials back in the ‘60s, so I was immersed in quite an inspiring world. The fathers of my school mates all worked in banks, insurance and the like so I thought I’d rather choose the ‘cool’ way, even thought I didn’t have any idea at the time what it really meant. But he was travelling quite a bit and sometimes he had equipment at home. And that’s what hooked me.

LBB> You set Shanghai Berlin up 15 years ago after a short stint in London. What pushed you to set up your own shop and what were your visions for the business?

SK> When I moved from Frankfurt, where I’m from, to set up shop in London in 1999 with London Project Advertising, I learned a lot about how to be an entrepreneur and cherish the diversity of a city. When I came back to Berlin I dreamt about a company where lots of people from different nations would come together - somewhat like the United States of Advertising. So the idea of Shanghai Berlin was to be an international agency but without the structures of an international network agency. That’s also one of the reasons I called the business ‘Shanghai Berlin’.

LBB> But why, of all the world’s cities, did you opt to name it after Shanghai?

SK> There are a few explanations. One thing is that Shanghai was a metaphor for sensuality and colour that really grips you in your stomach, whereas Berlin was very Teutonic. Also, it obviously just sounded great and international. When you start up a new company, you don’t really want people to know how big it is because it might have to be of a certain size to win a certain client. The aura of ‘Shanghai Berlin’ gave us this big city view.

But the main point is that I’m a big Tim und Struppi (TinTin in German language) fan. I love those comics. There’s one episode that takes place in Shanghai and when I was a child this was the most faraway and exotic land that I could imagine. So when I had the privilege to name the company, I did so after my fantasy dream place.

LBB> You initially set up shop in Kreuzberg but moved the company to the far west of Berlin which is certainly less, say, ‘edgy’ than Kreuzberg. But you’ve just moved back to the neighbourhood. Why?

SK> We moved to Kreuzberg when we first started because it was so cheap - 15 years ago, this neighbourhood definitely wasn’t what it is today. It was almost a wasteland, there were pretty much no other advertising entities here. But over time we expanded, got bigger clients and were then part-bought by a bigger company, who had even bigger clients. Those clients that the other company brought into the mix were more ‘serious’ clients, who were less interested in our cool Kreuzberg loft, so that’s why we moved out west. That was in 2004 and we stayed there for 11 years.

But after this time we felt as though we had to transform ourselves, shed our skin. So we decided to move back. We wanted to be in the thick of where the most exciting creative, digital and startup companies are right now.

LBB> The new conference room in the office doubles up as the kitchen - explain that decision?

Also, we want to give our clients the feeling that they’re coming over to our place and we’re cooking together. A campaign is like cooking - different ingredients, coming up with a recipe, tasting it together. It’s a collaborative way of thinking, instead of someone standing alone if front of a boring conference room and holding a presentation. And clients love it. It’s so far away from what is still the norm in the business world - you know, you go into a little cubicle and there are some dry cookies on the table… You can see it in their body language. They just calm down a bit and relax.

LBB> You’ve got a very impressive, custom-built and designed home here in Berlin. It’s called ‘Monohaus’ and has been featured in design magazines and won awards. How important is that type of design in your life and how does it inform your work as an ad creative?

SK> I think it’s the same side of the coin. For me I wouldn’t split what I do in my business and my private lives. They all come from the same route of having an idea which is a solution to a problem. I wouldn’t divide what I do digitally or strategically to what I do with bricks and mortar – or in the case of Monohaus, concrete (the building is made entirely of a special lightweight concrete). It’s about the situation and finding a creative solution for it. It’s not meant as design as an ornament, but more as a way of thinking. It’s a thought process that I believe I apply to everything. 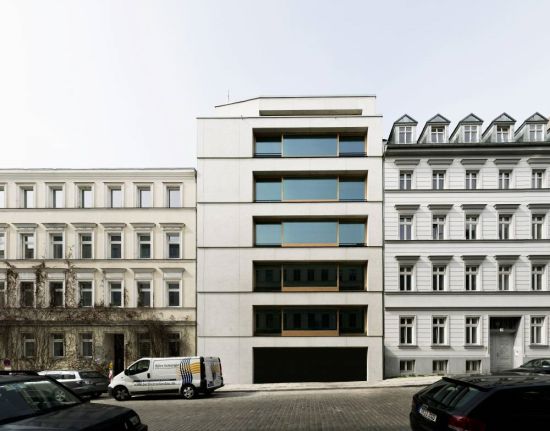 LBB> As an advertising creative and thinking about the design work on your house in Berlin, creativity is obviously very important to you. But there is quite a strong emphasis on data and analytics within the work Shanghai Berlin and the way that it markets itself (on the website for example). Data is obviously very important to modern day advertising - but how do you see it marrying with creativity? And is the ad industry harnessing the potential of data to its fullest?

SK> That’s a loaded question! I think data is great because it allows us to come up with relevant stories. 10 or 20 years ago, as a creative you were like a mediator. There was a brief, a client and something to do. As a creative, you had to mould a story out of it. Hopefully you had some research, intelligence and strategy, but then you had to mould the story hoping it would be relevant.

These days, with data we can derive what is really triggering people. We can dive into the data and really find out what people are talking about, and then try to weave a story around it that is relevant. And is proven to be relevant.

Data, if it is applied carefully, is a very powerful tool. More and more agencies are beginning to understand that. I understand there is an antagonistic struggle between creatives and data, but I don’t think this is a question of either/or because you still need creativity to weave the story. But the data gifts us with some really solid information. There are obviously lots of agencies working in this way, I’m not claiming that we are the forerunner, but data is very important to Shanghai Berlin. The more we have, the happier I am. It gives us the freedom to come up with relevant stories, not ones we think are relevant.

SK> These have changed over the years. It has always been Hergé, the creator of Tim und Struppi, because he made great stories for people. Every Tim und Struppi adventure is a great story and they’re all based on intelligence. If you dive deeper into Hergé’s work, you’ll discover that a lot of data and research was involved, for example into the different countries the characters visit. Anyway, he was my first big hero.

Later on, in a more business sense, I’ve always admired people like Sir John Hegarty. With BBH he went against the mainstream and came up with incredible ideas that redefined what a TV commercial was.

But despite that, I’ve never really been into the ‘advertising guru’ thing. My true heroes of today are the people that are coming up with businesses that are changing our lives. Google, eBay, Facebook… they are creative. Coming up with a commercial doesn’t measure. They are innovators and my creative heroes.

LBB> What do you get up to outside of work to keep your creative juices flowing?

SK> I wind down in ideas. It sounds cheesy, but I don’t feel bothered by churning out ideas. That invigorates me. As I mentioned earlier in regards to my house, turning ideas into reality in my private life is something I love doing too. This is where I draw my energy from.

In fact, I do also love running but I’m currently in recovery from a nasty ski accident so that’s on hold for now!