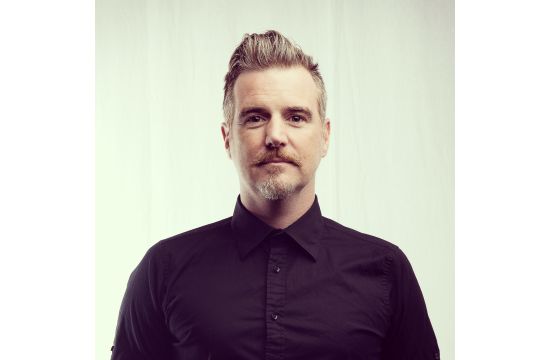 There’s a bit of a love affair between Scott McClelland and BBH. Between his numerous stints at the agency, he’s worked for other adlanders, including Wieden+Kennedy Shanghai, dabbled in fashion, social media, the art world and has even restored an old church. All skills that make him better at what he does today, he says, as the current ECD of BBH’s Singapore office since they lured him back in March 2012. LBB chat with the Aussie in Asia about accidental jobs and working with clients like Nike and Mentos.

LBB> In March 2012 BBH Singapore managed to lure you back from W+K Shanghai. Your career started with BBH and it appears you just can’t leave them, always returning after brief stints in other agencies. What is it about BBH that makes you boomerang?

SM> I think BBH kept forgetting that they kept firing me.

Actually, it’s the people. Steve Elrick, the long-time ECD here, was incredibly supportive of me not only while I worked here but also supportive of me heading off and trying new things. I think he thought it was a good opportunity for me to get new skills then get me back to use them. I worked with other agencies, but also dabbled in fashion, events, social media, curated art shows and restored an old church. I believe these things have made me better at what I do than if I’d just stayed and done ads the whole time.

In my times at BBH in Asia, we’ve grown from a tiny start-up to a 100+ peeps agency. But the things that have remained constant, with the big names on the door still being involved in the business, have made it easier to come back. I’ve always preferred working with companies that still have the founders involved. It helps to understand what the company stands for. I felt it when I worked at W+K, Strawberry Frog and Hunt Lascaris. Dead founder agencies can still have strong cultures but it’s been quite transient in the ones I’ve experienced.

LBB> BBH Singapore is the regional office for Asia Pacific and, like the country, it’s a hot bed of international talents and different heritages. You yourself are from Australia; what is it about working in Asia that you find rewarding and why should brands and talent look at the region?

SM> Asia itself is seems such an outsider concept. People see themselves less as Asian but as Chinese, Thai, Malaysian, Indonesian… I’ve lived and worked in Singapore, Tokyo, Hong Kong, and Shanghai and it’s hard to put any of them in the same bucket. Tokyo isn’t even on this planet.

Singapore is a mash up of incredibly different cultures. On top of that, we’ve got 17 different nationalities in our office. We do work for a dozen markets from here, each with their own very distinctive identity. I love to travel and be exposed to the differences.

LBB> You have an Art & Design degree from RMIT, Melbourne and have worked across the globe: Tokyo, Hong Kong, Singapore, Australia, Amsterdam and South Africa. How did you get into the industry and did you always plan to live abroad?

SM> I went on a holiday and accidentally got a job then kept accidentally getting them. I never really had a grand plan but have always been open to opportunity, wherever it may be.

LBB> I note you’ve never lived in the US? How come you’ve missed this region?

SM> I really dig America and always saw myself being based there at some point but it just hasn’t happened. Shame our ECDs in the states are so awesome so no gigs are available. I’d be happy just to be tea lady in our L.A. office, they’re doing fun stuff.

LBB> We’ve had differing opinions in past interviews with ECDs in Asia Pacific, who have said sourcing creative talent is difficult and continuously frustrating. Is that so for you and how do you source BBHers?

SM> We sometimes struggle in Singapore particularly because it’s a small talent base and many locals have been finding great opportunities in China. Overall though, I think that there is some amazing talent in the region. I get half a dozen people approaching us every day so I don’t have to look far.

LBB> You’ve mentioned in the past that you believe local collaboration and working with the best in the region is important… Can you elaborate and explain the rewards?

SM> We’re based in Singapore but work on projects all over the region. This allows us to work with the best partners we can find, rather than just be stuck with whoever we have in an office there. This means we can also tap into a lot of people outside the agency world who tend to offer a fresh perspective to the work.

LBB> Last autumn is was announced that Publicis had bought BBH. Has this affected you as an agency at all and if so, how?

SM> Publicis bought us for who we are, not to turn us into something else. I was hoping that it would improve my French but I generally don’t have much to do with them day to day.

LBB> BBH has global offices, but is still a small network in contrast to some of the older, larger agencies. Does size hinder or empower BBH?  When you work collectively, what does this offer to the client and where can you demonstrate past best practice?

SM> We’ve never wanted to have a BBH office in every city. We only open an office when we feel we have the right people and the right opportunity. There is also a fear that we will lose some BBHness if we spread too thinly  - we are very closely connected with our other offices and incredibly supportive of each other. That being said, I’d love to open an office in Bali.

LBB> This July, with the help of Mentos, you instigated the ‘National Day Proposal’ between Singapore and Finland in a quest to ‘share her land’. A pretty filthy, tongue in cheek rap song was created and digitally you propositioned and pursued. Explain the campaign to us? What was the challenge, how did you come up with this outrageous solution and what results did you see?

SM> Nothing filthy, unless you have a dirty mind, of course. Each year we try to offer a fresh take on a national issue with Mentos. Last year it was the low birth rate where we encouraged Singaporeans to do their ‘duty’ for the country turning National Day into National ‘Night’. This year we addressed the issue of overcrowding - Singapore is a very small country and there’s much tension about the influx of foreigners and how we’re running out of room and how it’s affecting infrastructure and housing prices. Some of it has gotten quite heated so it was a nice way to try to diffuse the situation a little. We approached the challenges, such as local censorship, as creative opportunities - we were banned by local media but after aiming at the global press and getting on the cover of The Wall Street Journal, the local media couldn’t help but jump on it and started playing it for free. And it helped to sell a lot of mints.

LBB> With Nike Virtual Stadium BBH were tasked with the launch of the Hypervenom football boot. In response you created ‘House of Deadly’ an ambient event that brought technology and physical together. How did you play this campaign out? Can you talk more about the technology that was created and why it was needed – you had professional players singing its praises and requesting it as part of their training routine. Also, what is the story between BBH and Nike in the region?

SM> For the Hypervenom launch, we combined motion tracking, projection mapping and a real, live, actual football to create the world’s largest fully interactive gaming experience. It constantly learnt your moves to pre-empt your next actions and got harder and harder. We wanted to literally put young footballers in the shoes of their heroes. We put them up on stage with the pressure of a stadium-like environment and put them in the moment. I got my butt kicked.

Nike are awesome (as are all of our clients, of course). It’s a fun, rock and roll ride with them. I love how they take the role of being curators and just let people do what they do well. It’s a lesson a lot of other brands could learn from – let people do what they do well and you’ll get better work. And win more hearts. And sell more products. We’re doing lots of fun stuff with them around the region. We just shot some really sweet content with Brazilian Barcelona player Neymar for footballers in Malaysia and we’re currently hacking the streets of Jakarta to make it easier for people to get out and run.

LBB> How important are awards to BBH, especially within Asia Pacific?

SM> Awards are nice and we love winning them but they’re not our benchmark of success. We don’t do things just for awards as many do in this market and don’t really enter that many but we do pretty well anyway. I’m incredibly proud of our viewer’s choice and effectiveness awards over the last year.

LBB> Going forward, what does the next year hold for you and your team and what should we be looking out for?

SM> I’m really excited about the future. We’re getting to play in new areas. We’re doing lots more content, social and tech. We’ve got a great bunch of clients and some very talented people. We have lots of amazing opportunities so it’s just about making the most of them.

LBB> Do you enjoy your job and if so, what is it that you find rewarding?

SM> I reckon that I’ve got the best job in advertising in the most dynamic part of the world. I get to work with lots of amazingly talented people, do some fun stuff and explore lots of places. I love to make stuff and I dig coming into work in the mornings.