The chief creative officer of 160over90 tells Addison Capper about working within the Endeavor network, finding advertising in time to avoid a career in law, and spending eight hours in a bar with Mike Tyson 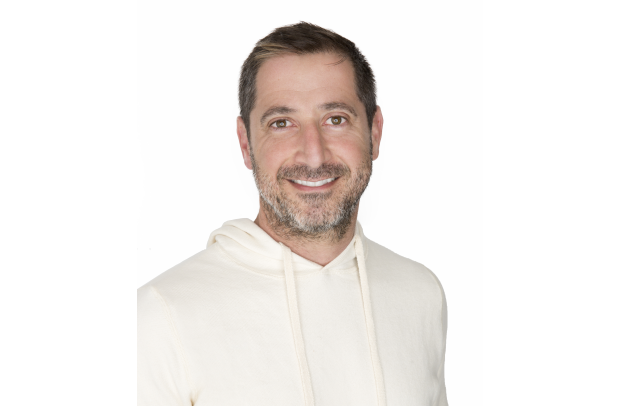 It seemed destined that Ryan Wagman would build a career as a lawyer. He was smart enough at least - just ask his mother. But, via spending his teenage summers teaching skiing at camp, he discovered advertising, and has been flexing its conveniently casual wardrobe ever since.

He started his career in his home country at TAXI Toronto before venturing into the US market via Crispin Porter + Bogusky Boulder, Leo Burnett Chicago and Ogilvy New York. Nowadays he's the chief creative officer at 160over90, the creative agency that sits within the Endeavor entertainment holding company network. Whereas most agencies share their parent company with a bunch of other agencies, 160over90 - which recently rebranded from Endeavor Global Marketing - shares Endeavor with the likes of frieze, IMG, UFC, and the Professional Bull Riders organisation.

Eager to know how 160over90 fits within this ecosystem - and how summer camp led him to advertising - Addison Capper chatted with Ryan to find out.

LBB> I've been poking around on your website - it says, ‘In talking about my career my Jewish mother would undoubtedly say, “He was smart enough to be a lawyer but…”’. What was it about advertising that tempted you to stay well away from law as a career path?

Ryan> The wardrobe, probably. I had a lot of T-shirts, but the only suit I owned was from my Bar Mitzvah. Law was just a predetermined choice. I knew what a lawyer was. I had seen lawyers. I loved A Few Good Men. But in the end, I just couldn’t see myself as a lawyer.

LBB> How did you actually discover advertising as a career possibility? It feels like so many people just fall into it.

Ryan> I grew up teaching water skiing at summer camp. Most of the days were structured, but Sunday was special. Super Sunday. Kids could go to any activity they wanted. So, every week, before Super Sunday, the heads of each activity had to write and perform silly songs or skits to try and convince the kids that their activity was the best. It was advertising. I just didn’t know it.

After my aborted law school plan, an old camp friend told me he had enrolled in a copywriting class. He said, “It’s basically the same as writing Super Sunday skits, but you get paid.” I was living in my parents’ basement at the time. So, that sounded nice.

LBB> Where did you grow up and what was your upbringing like?

Ryan> I grew up in a suburb of Toronto. Very middle class. Very big family. Very insecure and uncomfortable with my place in the world. And so, I spent a lot of time in my room. Playing with Lego. Reading trashy Erich Segal novels as a seven-year-old. Reading Ben Franklin and Jackie Robinson biographies. Watching a near-impossible amount of TV. Teaching myself to juggle. It may surprise you to learn that I was not widely considered ‘cool’ at this time.

LBB> Did your creativity exhibit itself a lot when you were younger?

Ryan> I could always write. I could always make a compelling argument. Growing up, I thought those skills would lead me down the path to become a lawyer. Looking back, I just didn’t know another path existed.

LBB> Tell me about 160over90 and how it sits within the wider Endeavor network. How does that make your offering unique compared to a more traditional ad agency / holding company setup?

Ryan> Wow. Softball ‘sell the agency’ question. Thank you! The truth is, we are in many ways like any agency, in that we are only as good as our talent and our ideas. What sets us apart is that, while every agency strives to connect to culture – and I wildly admire many of those agencies – none are plugged into broader culture the way we are. So many agencies are part of a network of other agencies. We are part of Endeavor – a force in sports, fashion, and entertainment – which provides us access to a constant flow of information and insight that no other agency has.

LBB> Advertising is all about 'entertainment' nowadays - how does being part of an entertainment behemoth like Endeavor help in that regard? What kind of crossover is there between 160over90 and the group's other brands?

Ryan> I don’t know that advertising is any more about entertainment today than it ever was. It’s written on the walls at Ogilvy – “You can’t bore someone into buying your product. Tell the truth but make it fascinating.” That said, being a part of an entertainment behemoth (I will only refer to Endeavor as such from now on, so thank you) gives us a pretty ridiculous head start in the race to keep people fascinated.

We spend a ton of time working with peers in other parts of the business. I’m giving away corporate secrets, maybe, but that cross-pollination is what makes this universe special. Talent agents are just as curious about our world as we are theirs.

LBB> What was the inspiration behind the rebrand? And how are you, as CCO, navigating the agency into that new era?

Ryan> We began as many different agencies working together as one – including the original 160over90 agency. The more streamlined we all became, the more it made sense to take on a single name. Today, we’re one company, experts in many things, but rooted in one fundamental POV – cultural relevance drives client business. We are the most culturally connected agency in the world. That’s our secret sauce. And that’s the lens through which we look at every brief. (That felt like more agency-selling. So be it.)

LBB> Which projects that you've recently been involved in are you particularly proud of and why?

Ryan> Lowe’s Hometown. It was Lowe’s first Super Bowl activation as an NFL partner, and it was the rare occasion in which we shared an idea in the initial pitch meeting and saw it through nine months later, nearly unchanged. The idea started very simply: Where do NFL Mascots actually live when they leave the stadium? So, Lowe’s stepped up and answered by building 32 custom homes – one for each mascot and NFL team - and unveiled them all at the Super Bowl. I mean, we basically created a mini theme park. People loved it. They came through over and over hoping to meet different mascots. Lowe’s made a huge impression in their first year as an NFL partner. And we were happy to be a small part of that.

LBB> And which piece of work from your career are you most proud of and why? What are the endearing memories from that project?

Ryan> I am going to go way, way back to 2007 (I think). Steve Nash had just won his second consecutive MVP. Our Nike (Canada) client wanted to do a spot to celebrate that monumental achievement. Usually a project like this would have gone to W+K, but for whatever reason we [TAXI] got the assignment. We had – I don’t believe this is an exaggeration – 16 thousand dollars to put together the commercial (that might have been the reason we got the assignment, in retrospect). But we did it. We made a film about Steve Nash, a player as unselfish as any in basketball history, that didn’t even feature Steve. It was all about his teammates. The spot turned out pretty well, got some nice recognition and was broadcast internationally. For a small, Canadian agency, it was a big deal. But the reason it’s my favourite (Canadian and correct spelling) is that many years later I ran into Steve Nash and told him I’d written a spot for him. I started to describe it and before I was five words in, he recited it back from memory, nailing the last line of the spot exactly. Even when he could have had the spotlight to himself…he passed. He said it was his favourite commercial of all time. I’m sure I stammered something incoherent back.

LBB> You survived eight hours alone with Mike Tyson. Why and how?

Ryan> We met him at a bar one night in Toronto. Sung Sweet Caroline with him. Discussed the intricacies of raising pigeons with him. Yada yada yada 4:30am is an irresponsible time to go home the night before a client meeting.

LBB> I'm always interested in people's extracurricular creative endeavours and then saw that you've written two kids’ books. What do you enjoy about writing, and specifically aimed at children? What led you to that as a pastime?

Ryan> I’m obsessed with children’s books. Someday and The Giving Tree are two of my favourite books of any genre. And many of the skills you need to be a good copywriter – brevity, simplicity, universality – apply to writing a good children’s book. It had always been a goal to write one. When I found out I was going to be a dad for the first time, it was time to cross that one off the bucket list.

LBB> What else do you get up to outside of work? Any quirks or obsessions we should know about?

Ryan> I dad two very young kids. As for quirks, good lord. You would have to rename this segment, “A Two-Hour Therapy Session with…” to hit them all. 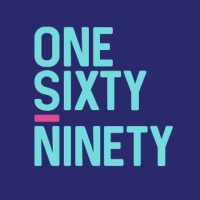 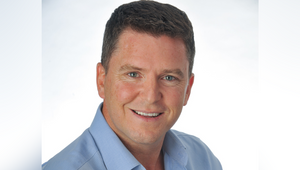 Robbie Henchman Promoted to President of Global Partnerships for IMG Events, IMG Media and On Location 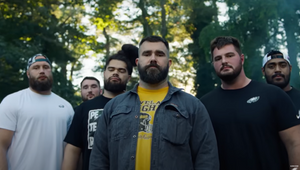 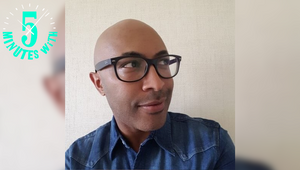