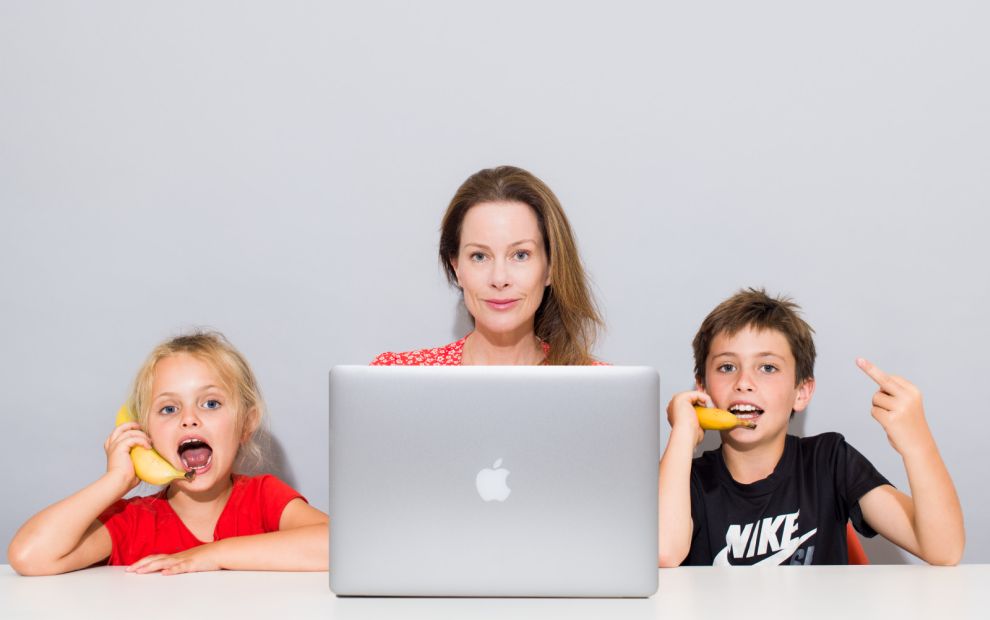 New Zealand native Rebecca Skinner began her career in production working for RSA Films in the US, before joining HSI productions in 1996. From there she went on to launch HSI’s music video division, Mars Media, and played an essential part in transforming the company into one of the most illustrious producers of music videos in the world. At the time, HSI repped the likes of Paul Hunter, Hype Williams, Joseph Kahn and Sam Bayer, and worked with the likes of Madonna, Michael Jackson, David Bowie, and Missy Elliot. She played an integral part in David LaChapelle’s transition from photographer to moving image director, repping him with Superprime today and, in 2005, executive producing his long-form documentary RIZE.

Given that spangly and star-studded career, you'd imagine Rebecca has her fair share of raucous stories from some of rock and pop’s big names – but ever the professional, she’s remaining tight-lipped. LBB’s Addison Capper chatted with her to find out about dealing with ‘colourful personalities’ and nurturing new talent.

Rebecca> Back in the day I dabbled in front of the camera, but I quickly found that I was much more suited to behind the camera. Growing up, I was very strong-willed (and apparently bossy) and I was never afraid to push for what I wanted.

LBB> You cut your teeth in production mostly in the music video space - why was this an area that appealed to you at the start of your career?

Rebecca> Music videos are something I honestly fell into and knew nothing about. I was lucky enough to come into the industry at an exciting time where many of the great directors were coming from and using music videos as an experimental playground because they had so much freedom.

There were many colourful personalities to manage, and that was part of the challenge and what made this a great training ground. I loved the creative aspect and also the problem-solving production aspect. Nothing seems impossible now after what we pulled off and dealt with then. ‘How hard can it be…?’ is what I think now when someone warns a project or client to be difficult.

LBB> How do you see the music video industry now? Budgets have obviously decreased but do you see other models that could shape that space (for example, brand working with artists)?

Rebecca> The industry is certainly changing and I don’t feel there is quite as much creative freedom as maybe there was before. Often with branded content, you have a responsibility to product placement that requires integration within the creative. The best versions of these types of executions strongly connect with the personality of the artist in a natural and meaningful way. I’d love to see more outlets devoted to the craft of the music video. Directors don’t have the same exposure as they did with MTV and TRL, but the strong videos still rise to the top and I feel are a great tool for directors in building their work.

LBB> Tell us a bit about Superprime – what inspired its launch and what sets it apart from others?

Rebecca> This business has always been a huge part of my life and continues to be. With Superprime, we wanted to launch something that we started from the ground up: a curated roster of filmmakers that could work across any medium, whether it be advertising, VR, TV, or branded films. I have always enjoyed building directors, and with Superprime it was something I could continue to do but with a greater sense of ownership and investment. We also wanted to be able to bring feature directors into this world of brand-centric narrative storytelling and also help clients with packaging celebrity talent within the creative. That’s a great resource we can provide.

LBB> Which projects are you most proud of from over the years? Are there any that particularly stick out?

Rebecca> There are so many. I guess I would start with music videos and having had the opportunity to work with so many incredible artists, like Michael Jackson, David Bowie, and Missy Elliot whose videos and artistry really defined an era. Other fond memories include Snoop Dogg/Pharrell’s ‘Drop It Like It’s Hot’ and No Doubt’s ‘It’s My Life’. Many were challenging productions but always rewarding creatively.

Working on the film ‘Rize’ with David LaChapelle, Nike ‘Together’ directed by the Malloys, and most recently ‘TOGETHER’ a VR film I did recently with Terrence Malick for Facebook that stars Jon Boogz and Lil Buck - whom we are now in development with on a film.

LBB> You’ve played a big role in the development of some now big-name directors, such as David LaChapelle. Is nurturing young / lesser known talent something that you’ve always been particularly passionate about? Is there a particular way you like to approach this or is it about following your heart?

Rebecca> When I started working with David he was very much established as a photographer, so this was a matter of crossing him over to film and helping transform that vision from still to moving.

But I also do love working with new talent. I have always been very involved in the treatments and crew that my directors work with - partially because of the control freak in me and partially to help drive them to the next level. I am never content and always believe we can do better work, so I push my team and myself in everything that we do.

I would love to say it’s about following my heart - that sounds way more romantic! But really there has to be something special in the work that speaks to me and that I see the potential in. It has to be someone that I can honestly get behind and see succeeding. It’s an incredibly competitive industry and I think you have to believe in what you’re selling. I obviously have no interest in signing someone that just sits on our roster. That is not good for either of us.

Rebecca> Many! Especially in the earlier part of my career in music videos, you could not write this stuff. But somehow those stories don’t have quite the impact without names attached, so probably better not in print.

LBB> I think there’s always a bit of healthy competition between NY and LA in terms of the ad industry, and LA seems so exciting and vibrant. How do you see the industry in LA at the moment?

Rebecca> Exactly that, it is a great time for the West Coast, East Coast no longer feels like it is dominating. It is an exciting time, for sure.

LBB> Outside of work, what are you into? What keeps you going?

Rebecca> My kids Rafferty and Agnes!

LBB> Do you have any creative heroes (in or out of adland)? Who are they and why?

Rebecca> My husband for dealing with me. And reminding me that it is not that serious.

Terrence Malick for his humbleness and kindness. It has been incredibly inspiring to work with him beyond the creative reasons. But for the human reasons. In an incredibly narcissistic business, he reminds you that it's not all about that. 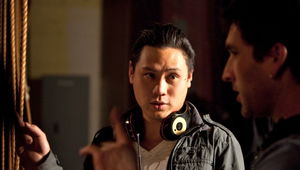 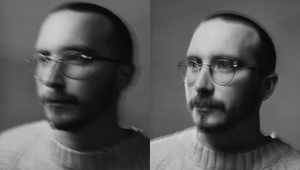 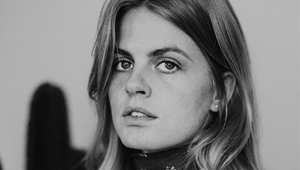