The director behind Lizzo’s awesome videos talks to LBB about her creative journey, the importance of music promos and creating a giant, inflatable butt for the 2019 VMAs 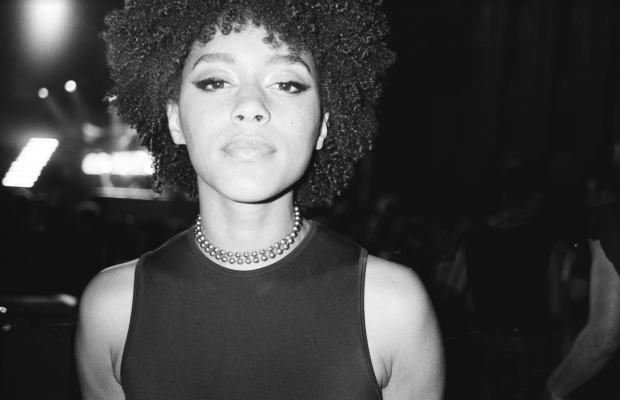 Quinn Wilson is a talent whose star is rising. Her long time collaboration with Lizzo has seen her help build a world-beating creative brand thanks to her music videos and artwork and as she moves into longer form and commercial work, having recently signed to Good Company, we’re looking forward to seeing her clever, crafty brain super-charging all sorts of projects.

Quinn’s unusual as a director in that, consummate filmmaker though she is, she draws from a huge range of experience in other artforms. She trained as a graphic designer, has worked as a makeup artist and, these days, has been honing her architectural and interior design eye by working on the production design for Lizzo’s live performances.

LBB’s Laura Swinton caught up with Quinn to find out about starting her career in Minneapolis, finding the confidence to take ownership and her process.

Quinn> I grew up in Minneapolis and was creative from the start. I used to paint and draw a lot; I was always drawn to the visual arts.

LBB> What role did creativity play in your childhood? And where do you think your compulsion to create comes from?

Quinn> I am really close to my grandparents, my grandfather was a painter so I was surrounded by creativity and always encouraged to create.

LBB> At what point did you start to dabble with filmmaking? What initially appealed to you about it?

Quinn> Everything started with the “My Skin” music video.  That was my first time filmmaking.

Prior to that, my comfort zone was explaining my vision and hiring filmmakers with the technical abilities I trusted to translate that on screen for me. Squashing those initial insecurities and putting myself behind the camera allowed me to fully take ownership of my art.

I love so many things about the creative world that I have always jumped around. But learning the craft of filmmaking cemented a passion I’ve had since I was a child. Directing has opened up another visual realm for me to play in, and now it’s where I feel the most at home. I also look forward to exploring my art through photography via upcoming projects.

LBB> And when was the tipping point when you realized ‘I can make a career in this’?

That video was the most significant, eye-opening process I’d had up until then. Because it was narrative-based, I was interested in making Lizzo into a character. It was one of the first videos that I made where I was able to focus on the story rather than the performance, or at least incorporate the two approaches into one piece.

LBB> Am I correct in thinking that you’ve got a background in design? If so, can you tell me about what it entailed specifically? And how you think it informs your approach to directing?

Quinn> I have graphic design experience, which first allowed me to create Lizzo’s single and album covers. Now it’s more of a collaborative process with her label Atlantic, where I provide overall input and direction to the team there.  I try to have a hand in everything across the board, that’s one of the most important aspects of what I do.

My taste is definitely graphically design-driven. Aspects of design do have an impact on my directing, ultimately in my approach to composition and framing. All of my experience creatively, whether it’s fine art or graphic design, feeds into my filmmaking in some way.

LBB> When you’re working on a music video, what’s your ‘way in’ to figuring out the story you want to tell and the visual style?

Quinn> First I listen to the song to see if it evokes any references straight away. Then I have the initial conversation with the artist to hear their likes and dislikes and expand upon the concept visually.

The process involves a lot of cross-referencing and communicating with the artist, I try to find a way to combine my references with their experience of making the song or what the song is about overall. With Lizzo, we have such a close relationship and communication, so it’s a deeper process at stage one, because I already know what makes the most sense for her.

With the artists I don’t know personally…I try to really lean in to whatever their initial response is. They have spilled their emotions and talents into creating this piece of art, so it's my responsibility to be as in-tune with them as possible to give it the song the respect it deserves.

LBB> Outside of directing, what other creative media do you like to work in and what sort of things do you do?

Quinn> I really love interior design and architecture, which does tie in a bit into my creative direction for tour and set design work.

Since Coachella I’ve been focusing a lot on the production design for Lizzo’s live performances, so architectural and interior design references naturally come into that. It’s been interesting to make a world on stage that represents not only the music but also the movement.

LBB> And is there anything you’d like to try your hand at that you haven’t really explored yet?

Quinn> Overall, I want to continue to explore more non-music, narrative-based work, especially in the long-form.

LBB> Like Tim Pope and the Cure, you and Lizzo have a very cool, very rare director-musician relationship… how did the two of you meet and why do you think it’s been such a fruitful collaboration? How do your creative energies and personalities complement one another?

Quinn> I attended Minneapolis College of Art & Design, and first connected with Lizzo when I was 18 and working as a makeup artist for her. When doing her makeup for the shows, I had a ground-floor understanding of the creative needs and aesthetic likes, and dislikes. So I began tossing ideas out and then just started executing them, not even separating the fact that what I was doing was creative directing.

I just knew I wanted to make beautiful images for someone I understood and cared about. From there, it led to bigger projects, like Lizzo’s first album cover, then directing her music videos…Being close friends, we naturally have similar tastes in music, art and humor. So ultimately we have a lot in common when it comes to our creative tastes.

I think starting our careers in Minneapolis also factors into how we work. It’s such a collaborative city. Everybody goes all in. In the early days, no one knew anything about SAG or professional production rules so it didn’t feel like there were any limits to what we wanted to create. At the time, I didn’t realise how special it was to have no restrictions when making art with a team of people.

LBB> So, got to ask about the giant inflatable ass at the MTV awards… can you tell me when that ‘eureka’ moment struck?!?

Quinn> It was born out of an idea Lizzo had, based off a poster someone had drawn. It got me thinking about how we could isolate that particular body part on stage, and how we could add movement and a little humour to it.

LBB> And how did you and the team go about making it happen? What were the main challenges?

Quinn> Well the main challenge was that we are all spread out and constantly travelling and working on “it needs to happen, like, now” timelines. Of course there is more pressure overall, but it doesn't make it harder. It just takes more from everyone to simply keep up than it ever did!

LBB> And what do you think of music videos in 2019 – are they still relevant and how has their place in pop and youth culture evolved?

Quinn> I make them, so I find them very relevant!  With any form of visual art, you can translate a message or statement. But the way in which you can do that through a music video is much different than via narrative short or long-form entertainment.

It’s an important style of communication, because unless it’s strictly performance-driven, it presents the opportunity to get a story across that is more intuitive than obvious.

As for videos place in pop and youth culture, they’ve have always had an impact, but I would say more so in the past. That’s because they were available to watch anytime if you turned on your TV and put on MTV. Today accessibility is more or less restricted to YouTube or Vimeo. I was young at the time, but like everyone else, I’m a little nostalgic for those days.

LBB> You’ve also started moving into the commercial sphere – how have you found that transition?

Quinn> I shot a commercial for the Tyler Perry series The Have and Have Nots on Oprah’s OWN Network, and there was something about working in a non-musical way that made me realise I wanted to get more well-versed in commercial and branded content.

That’s what led me to sign with Good Company. They understood exactly how I want to keep pushing forward into this space. I love directing music videos, but with it comes limitations with how it needs to service the messaging or feeling of the song. In the non-musical narrative format, the way that a character’s performance can change the direction of the broader story is incredibly exciting to me.

LBB> Tell me about your project at LA Pride with Vogue – what were you hoping to capture from the day and what were your highlights?

Quinn> Vogue approached me and asked me to do this series of portraits that represented the LGBTQ+ community, which was incredibly special.

It was important to me to capture the identities of real people who deserve to be seen and celebrated on the influential platform that Vogue is. I wanted to showcase whatever the subjects had that immediately struck me as interesting, so it was a very instinctive, in-the-moment style of way of working.

Quinn> I admire the creative director/production designer Es Devlin. She’s incredibly prolific and her work in the set design and the live performance sphere is a constant source of inspiration.

LBB> When it comes to art and culture and fun stuff… what do you enjoy personally? Where do you look for escape/insight/inspiration?

Quinn> Truthfully, I look to the people I surround myself with. Simply spending time with them, I’m always inspired by who they are and what they represent.