Nunchaku founder on making the move from agency creative to filmmaker 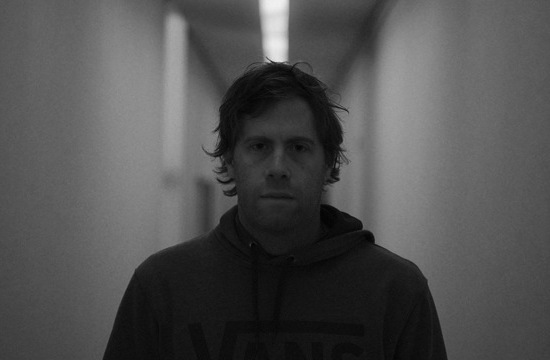 If you want a job done properly, you’re better off doing it yourself. For Nicolas Kasakoff, his calling as a director came when he grew tired of the inevitable frustrations of working as an agency creative. It’s a decision that has paid off – since setting up his production company Nunchaku in 2002 and blazing into the Saatchi & Saatchi New Directors’ Showcase in 2003, he’s picked up a clutch of Cannes Lions and D&AD Pencils and has brought his quirky, comic eye to the world outside of his native Argentina. LBB’s Laura Swinton caught up with him to find out more.

NK> Actually, my most vivid memory is when I was working as creative – I was an art director – it was frustrating for me that each time I had an idea that I really liked it would not get produced.

I think that necessity, of seeing my stuff produced, was one of the key factors that made me think of devoting myself to filming stories and ideas, and not just writing them and waiting for them to one day be realised. Actually the process of giving life to something that appears only on paper is what motivates me to work on this.

LBB> Nunchaku has been around since 2002 – how have things evolved over the past 12 years? And what are your ambitions going forward?

NK> Clearly I am not the same director that I was in 2002.  Life and the hundreds of projects have transformed me into what I am today.  Beyond that, I am always seeking to change what I am, trying each time to film things that I have not done before, even If I have no idea as to how to resolve it.  That transforms into adrenalin that obliges me to leave my comfort zone in search for answers inside and outside of myself to figure out.   Those types of jobs are what I look for in order to evolve.

LBB> A lot of your work involves that brilliantly Argentinian off-kilter viewpoint and sense of humour – why do you think that translates so well in other international markets?

I think every country has a style of humour, and really the difference that a director provides, is how to achieve the synthesis or extract the essence of this and translate it into a scene that moves you.

LBB> Nunchaku opened in the US in 2011 - how has that experience been for you?

NK> I still I cannot say any more than I am very excited and happy with how things are happening. We are experiencing growth and a welcoming market that never ceases to amaze me.

We have filmed many interesting projects in very little time and we could not imagine a better beginning. I think 2014 will be a great year to crystallise what, until now, has been a great start.

LBB> And I'm really interested in the fact that the company is aimed at both the Hispanic market and the general market. What can directors who are familiar with the Latin culture bring to commercials aimed at the US Hispanic market that others might not be able to?

NK> To be 100 per cent honest, I do not think there is a big difference beyond the convenience of being able to manage actors in their native language.

That said, I also believe that we do not have any disadvantages compared to American directors other than the quality of one reel versus another.  We offer our own look and approach to the work with great care and love for what we do. There are great directors in the United States and I do not think a language barrier separates us – just the differences between each other’s reels.

LBB> And how has your experience as a creative helped or informed your approach to filmmaking?

NK> I think that having crossed the problems that often come up for creatives helps me a lot. It allows me to have that common language with them, and also to sometimes collaborate in the written part or on the scripts.

NK> Jonathan Glazer, Spike Jonze, Michel Gondry.  Because they have a unique and personal vision, and apart from that, they have the imagination and the resources to carry out their ideas flawlessly. They never fail to amaze me – even when I look back at their work from 10 years ago.

NK> I just filmed an international campaign for Coca-Cola for the 2014 World Cup that was very interesting for me.  We shot in various cities all over the world, and were in contact with the most diverse cultures and interacting with very different crews. I still cannot reveal much more because it has not yet been aired… Sorry.