Comedy is in the timing and LBB has the time of their life with Photoplay's Nick Losq... 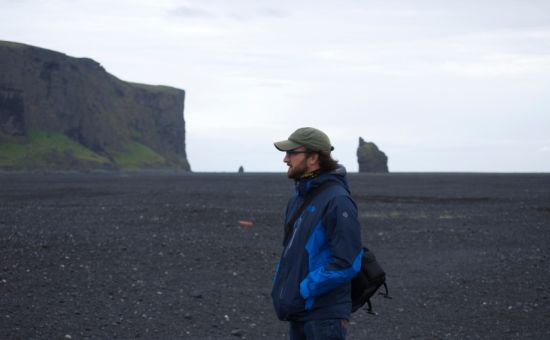 Working with some of the biggest Los Angeles effects houses, Losq was part of the early years at Motion Theory, leading projects as a VFX supervision and lead 3D animator on campaigns including the iconic HP ‘Hands’. He then left to help open the MPC Los Angeles office taking on projects for Sony, Coca-Cola, Acura, Brand Jordan and Guinness, before joining California’s Bully Pictures in 2014.

Metamorphosis from Nick Losq on Vimeo.

Shortlisted at Cannes for Young Director of the Year for his film Metamorphosis, directed for Conrad Hotels in 2012, his experience both on set and in the studio has helped guide his vision as an award-winning director.

His upbringing in animation and visual effects, incisive performance sensibilities and unique eye for comedy afford him opportunities to work with actors to meld live-action and CGI. He’s worked on campaigns for clients such as Hilton Hotels, Renault, Budweiser, Nike, Xbox, Sony, and Radio Shack for a series of World Cup spots.

He catches up with LBB to discuss his latest work, what inspires him as a comedy storyteller and coming on board with the Photoplay crew.

LBB> What motivates you about storytelling in the comedy genre?

NL> I mean that’s easy, I like to make people laugh. I like creating films that are unexpected and that keep audiences on their toes by bringing the imaginary to life blurring the line between what’s real and what’s not. Films that start with a seemingly normal situation that then twists, resulting in something surreal, irreverent and comically bizarre fascinate me. I think so much of our world takes itself so seriously and I like reminding people that there is room to laugh in any situation.

LBB> How has your background in visual effects and animation influenced your career as a director?

NL> I feel like my background in VFX and animation was director boot camp. You can learn SO much about the process while in these roles. As an animator, you learn to bring the inanimate to life: making a character “real” through the way it moves and emotes. When I started directing talent, I couldn’t believe how much of what I learned in animation (especially directing animators), translated almost directly to working with actors.

As a VFX supervisor you see everything, from the initial treatment all the way through to the final product, and you get to contribute to every part of the process along the way. You are constantly on set shadowing the director, and if you watch, listen, and ask questions, it is an opportunity to amass an amazing volume of knowledge and experience.

My background in VFX and animation has been – and still is – pivotal in shaping me as the director. I am now and the director I strive to be. Not only has it given me valuable experience in what it truly takes to direct, but it has also been a monumental tool in helping me create the worlds, characters and experiences in the stories I want to tell.

LBB> In 2012 you were shortlisted at Cannes for Young Director of the Year for your film Metamorphosis. Apart from the obvious publicity, what effect does this kind of recognition have on a emerging director?

NL> Ha, for a split second it makes you feel like you’ve ‘made it’ but that feeling fades quickly when you realise nothing has changed. Awards are a satisfying reminder that you are on the right path, and that is a great feeling, but that doesn’t make it any easier to keep making your films.

LBB> What kind of scripts inspire you the most and what kind of creative teams challenge you to produce your best work?

NL> I love scripts that put a strange bend on reality, scripts that I connect with emotionally and have me immediately thinking: “How the hell am I gonna do that?” Scripts that bring an inherent challenge either through the visuals I imagine for them or in the characters I want to bring to their pages, these are the scripts I am the most drawn to.

LBB> How do your personal projects influence your commercial work?

Something that not many people in the commercial world know about me is that I am passionate about drawing and illustration. My first “industry” job was as a storyboard artist and character concept artist for a kid’s cartoon, and I have always loved drawing. When I started doing 3D and VFX, I would go months at a time without drawing and that really freaked me out because I was worried my illustration would suffer. Yet even after months of not drawing, when I would pick up a pencil and paper again, I would be WAY better than I was before.

I found that my work in VFX and animation would directly translate to my drawing, providing me with new ways to think about form, shape and line, as well as spawn new ideas. My work as a director seems to work the same way – no matter how different the tone and feeling is of my personal work, it will always seem to elevate my commercial work when I get back into it, giving me new ways to think about my storytelling.

LBB> What attracted you to sign with the Photoplay team?

NL> I initially met founders Oliver Lawrance and Scott Otto Anderson after they reached out to me letting me know they were fans of my work. Still feeling like a small fish in a big pond, it always intrigues me when people come across my stuff and take the time to connect. I am a horrible self-promoter, and kind of an introvert, so when given down time, I am much more interested in making new stuff than promoting myself. When these sorts of emails come in, curiosity always gets the best of me, and I will almost always take the call; pretty much just to find out how they came across my stuff.

So anyways, we got on the phone and it was one of those conversations where I felt as though I was speaking to friends long lost. It was actually pretty amazing. In doing this kind of work, you meet a ton of people so when you meet those that can so specifically echo your beliefs and goals (as well as just cool to shoot the shit with) then you know there is a special connection.

It was super exciting finding the team at Photoplay and gelling so quickly. I am also a big fan of the Australian production culture and I have always wanted to work there. Two of my closet director peers are Australian and I love the attitude they bring – working their arses off but also enjoying every minute of it. I may be completely naive assuming that this attitude is a cultural phenomenon, but I’m just going to assume that’s how it is, because dammit I want to.

LBB> Any upcoming project you can discuss? I hear you have been working on a spot for Cadbury can you give us more details on this?

NL> There are a few super secret projects I am working on that are very exciting.

I can’t go into many of the specifics but what I can say is that I am currently developing a cartoon for a large studio here in LA. My six-year-old self is very proud of me at this moment. Other than that, I am off to Bangkok to direct a spot for Cadbury, which should be a lot of fun.