Trends and Insight 553 Add to collection

LBB’s Phoebe Siggins gets the lowdown on the Romanian market from Mihai Fetcu, creative director at Geometry Bucharest 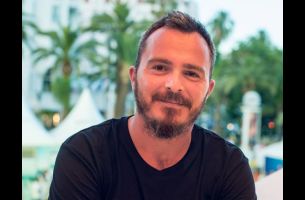 Geometry’s Creative Director, Mihai Fetcu, is one of Romania’s pioneering creatives.  With a background rooted in product design that saw him building what he thought might be ‘the next Romanian 4x4’ at age 23, Mihai ‘accidentally’ fell in to advertising. Now with almost twenty years’ experience in the business, he has racked up a considerable number of awards for his behaviour-changing activation campaigns, not to mention the only Romanian Lion won at Cannes in 2015.

Now advising on Cannes’ 2017 Promo & Activations category, Mihai is a big voice for activation work globally. LBB’s Phoebe Siggins gets his thoughts on the Romanian market, the impact of his blood donation campaign for RGB, and the truth about whether he really built his own four-wheel drive.

Mihai Fetcu > I always thought I’d be a product designer; I studied design and fully constructed a working four-wheel drive when I was 23. At the time, I quite honestly thought it would be the new big thing in Romania! Then I realised I had to grow up. Romania doesn’t produce many vehicles and doesn’t have a huge production industry in general. Product design became more of a hobby for me.

However, I was studying the wider faculty of ‘design’ at the time which included a number of artistic pursuits. That led me onto illustration, then art direction and copywriting.

LBB > Are you still a big car buff?

LBB > A lot of people say that they got into advertising by accident, and that it tends to be a by-product of a creative ambition. Would you agree?

MF > Most definitely. It was a creative ambition that led me to where I am now. People are really into creativity here. This career path became a natural choice as design plays a big role in advertising and communications.

LBB> What’s the landscape now for young people who want to take up advertising in Romania? Is it an easy career pursuit?

MF > Having been born and raised with ever-advancing communications technology, young people are incredibly adept at working in communications roles because it is second-nature to them. Their real-life experience can outweigh a university education when it comes to getting on the advertising ladder. Saying that, Romanian students are very much encouraged to continue with higher education and culturally we like to study. However, it’s not a criterion for an advertising role. Most of the time the younger generation are teaching us about new tech! It’s more about attitude and having the ability to lead, rather than specific qualifications.

LBB > When it comes to the Romanian market, do you feel advertising and communications are going from strength to strength?

MF> It is. We’re a very dynamic industry. Advertising only started here maybe twenty years ago, so we are a relatively young market.  Like any underdogs, we have to be inventive and quick to adapt. We tend to have a fresh perspective that isn’t shackled by traditional processes.

People from outside Romania have compared us to Latin America because we impress with lateral thinking and simple, yet powerful ideas. However, we don’t always have the large-scale budgets and clients that you see in bigger markets across the world, which brings its challenges.

To address this, a ‘fresh perspective’ is very characteristic of the work here in Romania. Romanian agencies are beginning to win more and more awards at international shows because of it.

LBB> You certainly had a fresh perspective with your Cannes winning campaign for RGB. How big was the social impact of this on the country?

MF> Geometry doesn’t just make beautiful creative work, it aims to change behaviours. This campaign wasn’t just a stunt to win awards (which unfortunately we still see a lot of in this industry!). It took six months of prep and it truly changed behaviour in Romania; seeing blood donations increase by eighty percent.

The level of blood donors was at an all-time low but this campaign got people off their couches and out making donations. Because of the uptake, the Minister of Health tripled the budget for the campaign, meaning it not only changed behaviour but infrastructure. They even built a dedicated new blood donation centre because of it.

LBB > Do you feel Corporate Social Responsibility is becoming a big trend with brands these days? Is it becoming a necessity?

MF> I don’t think it’s a necessity for every campaign. There are plenty of promo and activation campaigns that have a different goal or impact to be made, but it’s more than a trend. Social impact won’t go out of fashion tomorrow. The more brands begin to have open conversations with consumers, the more responsibility there is for them to do social good. I think we’ll see more and more campaigns with a social ethos in the future.

LBB> You judged the Promo and Activations category at Cannes Lions this year for the first time. How did you find it?

MF> It was one of the most inspiring weeks of my entire career. I was thrilled to be invited to judge the category. I got to work with some of the most amazing and inspiring people in the business, and it was a real pleasure to comment on and discuss creative work with people in this field.

LBB > What campaigns really resonated with you at the festival?

MF> It’s hard to choose just one. ‘Man Boobs’ was a beautiful campaign. It was behaviour changing, simple and had a fresh perspective. I also loved the ‘Epic Split’ campaign for Volvo, as everyone did.

LBB > You mentioned earlier that Romanian advertising is known for its fresh perspective. Is there anything people tend to have misconceptions about when it comes to the Romanian market?

MF> Funnily enough many people assume our language has Baltic-Slavic origins but it is actually Latin based. This tends to give us an advantage when we are working globally.

LBB > Where do you think Romania sits globally in comparison to its Central European neighbours?

MF > I like to think we are ahead of them. In terms of awards we have the results to prove it. Romania is very close to Russia which is a huge creative force. To be honest with you, I think the best work in this region comes from us and Russia.

LBB> What is unique about your day to day work at Geometry?

MF> Lately I have been travelling a lot with Geometry. We work closely with our teams around the world. Recently, I have visited Italy, Germany, Dubai and London working on different projects. Each location has similarities. The only difference between us and other agencies is that we try to use the tools we have in house as much as possible. We’re constantly trying to re-invent the wheel.

The other difference is that we don’t have general deadlines here, which forces us to be hyper-efficient! It’s fun and it certainly keeps us in shape.

LBB > What are Geometry’s plans for the future?

MF > Geometry are working to change behaviours. To create campaigns that are both promo and activation. One of the reasons I was selected to advise on the Promo & Activations category at Cannes in 2017 is that there were many entries that were either one or the other. There were over 4000 entries. Geometry is looking to blend the two disciplines to create behaviour changing work.

LBB > What do you predict will happen in the Romanian market over the next five to ten years?

MF > Romania is certainly moving in the right direction in terms of growth. I think we’ll see new mediums and less print work. I wouldn’t encourage print as a career path (even though that is where I started as an art director). I think there will be more focus on campaigns that make people take action, campaigns that really bring about change. 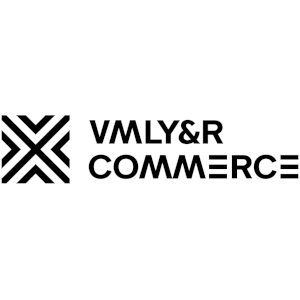 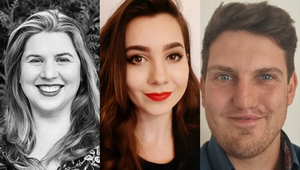 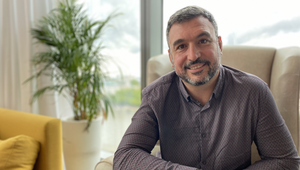 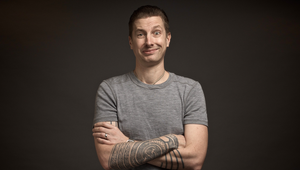 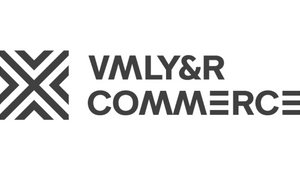