Chief creative officer at McCann Barcelona on her Barcelonan spirit, feminist strike action and the least boring times of her life 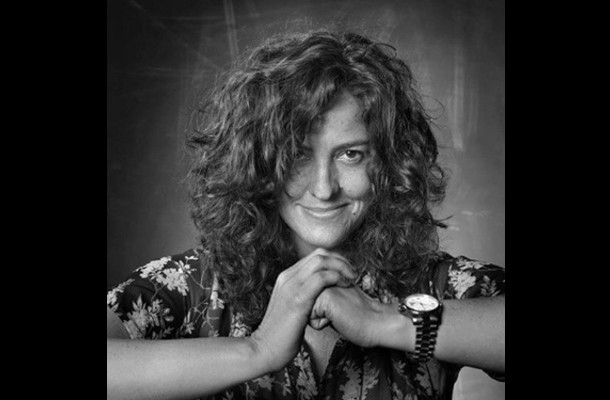 Marta Llucià began her career in advertising over 20 years ago as an art director at Omnicom agency Adding Targis. It says a lot about her remarkable creative talents that within seven years she had risen to become an executive creative director at Publicis Casadevall and Pedreño. She's since founded her own agency, La Doma, won awards at and served on juries of the main national and international shows and created campaigns for brands ranging from Nike to Google to San Miguel.

Since 2016 Marta has been chief creative officer at McCann Barcelona. This year saw the agency emerge as one of the strongest Spanish agencies in Cannes, with their work for Aldi and the Gran Teatre del Liceu picking up a good crop of Lions.

LBB's Alex Reeves caught up with Marta to better understand the woman behind the campaigns.

LBB> What part of Spain did you grow up in? What was your childhood like there?

ML> I am from Barcelona. And I mean it. It is a true privilege, to be from one of the most loved cities in the world. The feeling of belonging is truly amazing. It is funny when you see tourists being mesmerised by the city, as you proudly walk past them thinking: 'hey! It’s my home! I know, right?' It’s a mixture between luck and envy. Us Barcelonans have an open-minded and welcoming sort of gene. I like to describe myself as a 'natural born tourist'. I have three brothers, and I’m the youngest. I’ve always been the apple of their eye. You can imagine how my childhood was, amongst three older boys. They took me everywhere and anywhere and I did things that didn’t quite match my age. You could say that made me grow up quicker. I don’t know whether this maturity kept carrying on evolving!

LBB> When did you first develop an interest in advertising? And how did that mature into an ambition to become a creative? Or was it more of an accident?

ML>When I was 14, Milton Glaser whispered in my ear that I ought to be a designer. Well, maybe it wasn’t him since I have later listened to him in interviews and realised he has quite a different voice, hahaha. The thing is, after seeing one of his exhibitions, something told me I would be a designer.

Later I met a famous Publicis Casadevall & Pedreño art director, who offered me a job there. And that was my school and my first step into the industry.

LBB> You got your bachelor's degree at Southampton University. Why did you decide to study in the UK?

ML> Honestly, I didn’t decide it myself, a collaboration agreement decided it for me. I got my bachelor thanks to an agreement my university had with Southampton University.

LBB> What was your experience like coming to the UK? Did it leave any mark on you?

ML> My experience in London was the whole three months I spent living there right after I got my degree. I worked at one of the best UK packaging studios, but soon realise that I wasn’t made to fit into a rigatoni box.

LBB> Do you remember any particular moments or projects from early in your career that you learnt a lot from?

ML> The first time that I was in a creative meeting with Luis Casadevall & Salvador Pedreño, the founders of Publicis Casadevall & Pedreño, I learnt a lot about what our business was.

LBB> You founded your own agency, La Doma, in 2008. What was that period in your career like? And what were your main aims with it?

ML> Julio Wallovits, Tomàs Gui and I were talking one day and, although we disagreed in many things, we agreed unanimously on one: we were bored. Unanimously bored. So, we decided we wanted to explore new fields within advertising. To learn new ways of approaching it. It was a very constructive time span. We produced a play written by Julio, created the first democratic brand, won the Camper worldwide account… Those were the least boring years of my whole career, and I believe all my emotions can agree. Unanimously.

LBB> On International Women's Day the women of Spain got the world's attention by staging a strike. I'd love to hear your viewpoint on 8M from your ad agency perspective.

ML> The 8M was a historic moment for the women of my country. I remember perfectly the emotion I felt in seeing a country mobilized in defense of women's rights. McCann is an agency that has always believed in the role of women as a value for the business of the agency and 8M could not be less. From the beginning, the entire agency turned in favour of the strike and supported all the women who supported the strike.

LBB> McCann Spain had a good year in Cannes this year. Which of the winning projects did you contribute to and what are you most proud of?

ML> In McCann we are all very proud of the awards achieved from McCann, the campaign for Aldi supermarkets and specially the one from Liceu that won a bronze in Cannes. It is a film we did with a very low budget and that shows the spirit of a very representative neighbourhood of Barcelona.

LBB> Which aspects of the creative process are most enjoyable for you?

ML> It’s difficult to say because I enjoy all the moments because they are all connected, it’s a natural flowing process where every stage has his moment.

LBB> What are your main creative aims and ambitions for McCann Barcelona in the coming months and years?

ML> One of the main ambitions is to continue growing at a creative level, so that the work that comes out of the agency is relevant.

LBB> What are your biggest passions outside of your work?

ML> My biggest passion is my daughther. Spending as much time as possible with my family. 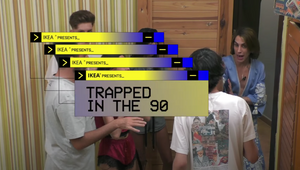