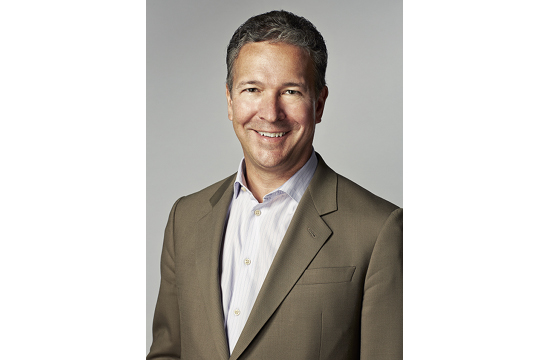 It wouldn't be an unfair opinion if you were to believe that a former accountant might be financially driven. But, as LBB’s Laura Swinton found out this week, courtesy of DDB North America President Mark O’Brien, it's not just about the figures, it's about the product. The pair talk jumping from the finance world into the industry of creativity and ads, the merging of Omnicom and Publicis, Asia Pacific years with John Zeigler and how Jennifer Aniston is just the right fit.

LBB> Before heading to DDB in 1994, you were at the accounting firm Arthur Andersen – how and why did you find yourself in advertising and what were your initial impressions?

MO> Omnicom subsidiaries Rapp and Tracy Locke were my clients for several years at Arthur Andersen. I was familiar with the environment and I really liked the idea of being surrounded by creative people. So when an opportunity arose in Dallas at Tracy Locke, the Chief Financial Officers of DDB and Rapp in New York were already acquainted with me and contacted me about the position. When I initially started I was amazed at all of the different skills and types of people it takes to make ads - especially back then, when media was integrated with the agency. I was also feeling very smart because everyone depended on me when it came to the numbers!

LBB> If you were starting out again in your career, what advice would you give your former self?

MO> I never worked thinking that you were supposed to enjoy what you do. I always looked at it as a means to an end.  I really wish I had realised earlier that I could enjoy my job and still feel ok about getting paid for it. I spent nine years working at Arthur Andersen, where I put in 60-80 hours a week – I call it the lost decade because I missed all of the TV, movies and music of the time. I thought that was how work was supposed to be. Today I tell my kids to find something that they enjoy doing and to stick with it.

LBB> At Cannes this year, you were part of a panel that looked at 'women in advertising’, during which, you said that the lack of women in creative departments is ‘greater in perception than in reality’. Why do you think this perception exists and what can be done about it?

MO> The issue in the industry isn’t really hiring women – more than 50% of our new hires are women – it is keeping them in the industry long enough to rise to positions of authority. While the pure numbers look good from a gender standpoint, we still lack equal representation at the management level. We have to work with our clients to find ways to ensure that we can be flexible enough with our talented women to make sure that they feel like they can have a career in advertising and still achieve their other goals. Since we are in a service industry, we struggle with that flexibility, but it is something that we are working to improve. With the majority of new hires being women, we need to keep them involved and ensure that they grow with us for our own survival.

LBB> You were CFO for DDB in Asia Pacific – to what do you attribute DDB’s success in the region?

MO> When I started working with DDB in Asia Pacific, we were really segregated into four regions under different leadership – North Asia, Greater China, Southeast Asia and Australia/New Zealand. That structure caused us to think on a smaller scale than we should have within such a large region. As such, it didn’t facilitate cooperation or focus on larger objectives. Back in 2002, DDB tasked John Zeigler, who was overseeing Tribal globally from New York, to run the region as a true network. He did away with the sub-regional structure and began to focus on elevating the talent and creative work in the region. All of our offices started to improve simultaneously and he world began to take notice. And with the acquisition of Mudra in India two years ago, we are now at the top of our game in Asia Pacific

LBB> And what did you learn from the experience that you’ve brought with you to your current role?

MO> I learned that the most important thing is to focus on the quality of what we sell. Making money is really a by-product of having great talent and doing great work for our clients. Many people mistakenly think that, because I have a financial background, I am all about making money.  In reality, because of my financial background, I am more aware and more focused on how we make money, which is where my focus has been in North America.

LBB> What are your thoughts regarding the recently announced Omnicom-Publicis merger? What will this mean for DDB North America and your clients?

MO> I think that it will take quite some time to really evaluate how the merger changes things. Certainly there will be a greater talent pool and synergies over time. From my perspective, right now it is business as usual - making sure that our clients are happy with our creative product and working to attract new business.

LBB> One thing that’s really caught our attention about the US ad industry is the current growth on the West Coast. Several indie shops and digital/post studios have been opening in LA, particularly Venice Beach. What do you think is driving this?

MO> The West Coast is a hotbed of activity. There is a natural evolution from traditional post to digital work due to the project nature of the assignments. We are also seeing the larger agencies outsource more and more of this work to smaller shops as the prices and margins go down. The concentration of commercial production and the entertainment industry make LA and Venice natural beneficiaries of this trend.

LBB> Which pieces of work coming out of DDB North America have particularly resonated with you over the past few months and why?

MO> I’m very excited about DDB New York’s latest campaign for WATERisLIFE, called Kenya Bucket List. The program focuses on the scarcity of clean drinking water in sub-Saharan Africa and the particular impact it has on the lives of children under the age of five. It’s had a big effect on all those who’ve seen it.

I’m also proud of the new campaign created by Tribal Worldwide’s New York for The Lunchbox Fund. They’ve arranged for restaurants to donate meals on behalf of customers who photograph and distribute their meals via an app named Feedies. It’s a cool way to allow those of us, who are lucky enough to eat at nice restaurants, an oppportunity to help those who struggle to eat. It’s also an innovative way to use social media.

I think the work that we’re doing for Johnson & Johnson’s Aveeno brand using Jennifer Anniston is great. She really fits that brand well.

We also have great new work coming out of DDB Canada for The Strategic Milk Alliance called ‘Milk Every Moment’ and a new campaign for Electrolux with Kelly Ripa, which broke this summer.

LBB> What does the rest of 2013 hold for DDB North America?

MO> We will continue our focus on bringing in great talent and doing great work for our clients. The best indication of our progress will come from how we fare on new business pitches in 2013. We have already won Reebok, USTA, Qualcomm, as well as additional Amgen, Wrigley Mars and Capital One assignments in 2013, so I am hopeful that the winning will continue for the remainder of the year.