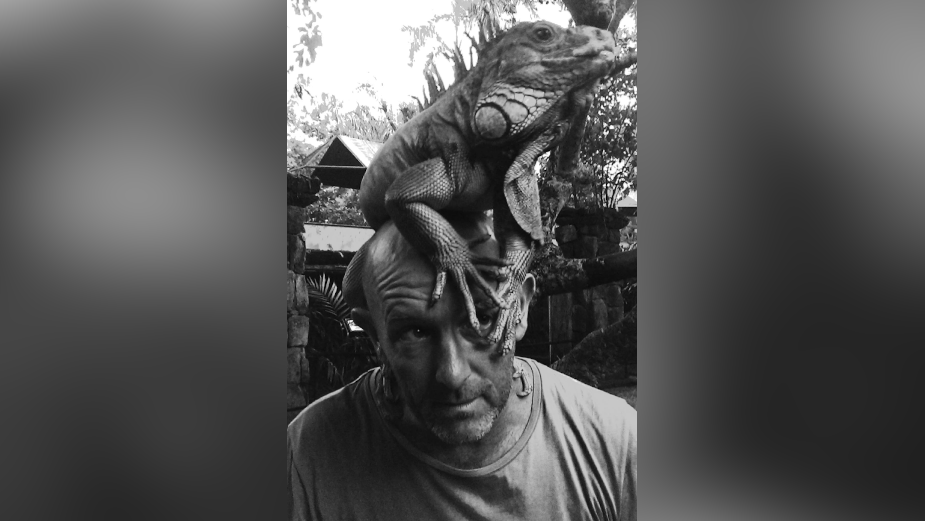 Globetrotting creative director Mark Carolan discusses life at Saatchi L.A., the joys (and perils) of freelancing, and his upcoming role as an AD STARS final judge.

If you’ve ever wondered what it would be like to hop from agency to agency, or from city to city, when new opportunities arise, then Mark Carolan is the person to ask. He spent almost 10 years travelling the world as a freelance creative director, jumping from Barcelona to Riga, Sydney, Taipei, Singapore, Los Angeles and London.

After almost a decade on the road, he joined Saatchi & Saatchi Los Angeles in 2016, where he helped to create Toyota’s first-ever global marketing campaign. We asked him how his travels have shaped him as a creative, what it takes to ‘make it’ as a freelancer, and why he’s joining the final jury AD STARS 2020.

You’ve worked everywhere from JWT London to Batey Singapore and StrawberryFrog Amsterdam. Where are you from originally?

I’m originally from England but I’ve been ‘on the road’ for some time. I’ve been extremely lucky and honoured to work in many countries around the globe. Everyone has further opened my mind to new ideas by taking in new cultures and thinking. It has helped tremendously well with working on global projects, having a head start on what will and what won’t work in certain markets.

What’s the secret to excelling as a freelance creative?

The life of a freelance creative is a roller coaster ride! There are moments when the phone won’t stop ringing and others when you’re checking to see if the phone is charged because it’s not making a sound. One of the biggest hurdles to overcome is knowing when to switch off. Freelancers don’t get to really have a break, there’s a feeling you need to be on call 24/7 so knowing – and believing – that the phone will ring again and projects will happen is important. So when you do get a quiet week, rather than panicking, please learn to relax and embrace it.

When you look back on your life as a freelance CD in cities around the world, are there any experiences that you remember most (or least) fondly?

The flexibility of freelancing is something I loved, to be able to work across many countries on many different brands and segments. One minute I’d be in Spain shooting a project for Real Madrid FC, then getting a call to fly to Taipei the next day to work on a global launch for HTC. It was exciting, it was hectic, but it isn’t for everyone!

I’ve loved every city and country I’ve worked in, especially when I got spend some time in each getting to embrace the texture and vibrancy in each, as well as meeting new folk. I’m blessed I’ve made – and kept in touch with – many great friends along the way.

You’ve been with Saatchi & Saatchi LA for almost four years now. What are your proudest achievements or projects since joining?

Saatchi LA (and our sister office in Dallas) are great, solid offices within the network. They are nailed-down and well-oiled organisations and I feel that really shows in the work we produce. The campaigns we’ve created for Toyota over the years are some of my proudest moments, especially helping Toyota launch their first ever global marketing campaign, ‘Start Your Impossible’, with their sponsorship of the Olympic and Paralympic Games.

Of all the cities you could have chosen for your next adventure, why LA?

I’ve ticked off a lot of my ‘bucket-list’ cities to live and work; London, Amsterdam, Sydney, Barcelona, Bali, Singapore, Taipei, Beijing, Riga, etc, and LA has always been near the top of my list. It’s an incredibly vibrant city and just as the advert says, it’s full of opportunities. As well as sunshine, sea and sand! On top of that, I get to be here working in one of the best agencies in the world and on one of the biggest brands in the world.

We’re in a covid-world so most of my day is now unfortunately on Zoom (or Teams) and often starts a little earlier so I can connect with the teams in the Dallas office (who are two hours ahead of me). One advantage to living in LA is my desk is now in my garden, which I often get to walk through in between calls, to stretch my legs and freshen my mind.

One ritual I’m trying to keep to is my family, and I will take a quick trip to the beach before my day starts or after my day ends. The cold sea helps shake a lot off!

Do you have a process – is there a way you work through a problem?

I don’t have a particular process, but my projects start with a good sit-down with the strategists to pick their brains for ways out of a brief. They are the smartest folk in the room and I love discussing ways to give the creative teams as much juicy fodder as possible.

Once we’re into the creative process, it’s all about expanding the mind as much as possible and exploring the most impactful way to deliver the story we want to tell. Our audience have become both more sophisticated in accepting messages as well as being jaded and suspicious of them, so we need to find the right balance to both entertain and inform.

What kind of kid were you: studious, nerdy, curious, weird?? Who was your earliest creative influence?

I grew up in a small town in Yorkshire in the North of England, and led a wonderful, simple and adventurous life. I was mostly outdoors, running around the nearby forest with my friends, camping out, falling off swings into rivers. Proper ‘Famous Five’ adventures.

For as long as I remember, I’ve always wanted to work in the creative field. I drew cartoons for my local newspaper when I was fifteen, set up a mural company when I was sixteen and my ‘career’ has been pretty random ever since; I’ve designed furniture, (badly) directed commercials, set up fashion brands, illustrated, painted and photographed.

You’re joining the jury at AD STARS. What are you most looking forward to?

I first judged AD STARS back in 2011, when I was living and working out of Bali. Whenever I’m given an opportunity to judge or advise on work around the world, I’m more than honoured to help out. I’ve always seen AD STARS as a forward thinking show and I very much believe and support the ‘five Key Concepts’ that it stands for. 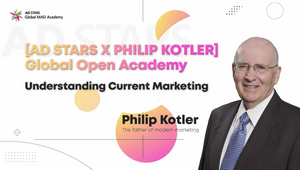