Co-founders of M&C Saatchi’s new Mexico City office on starting from scratch, a level LATAM playing field and working with the Saatchi brothers 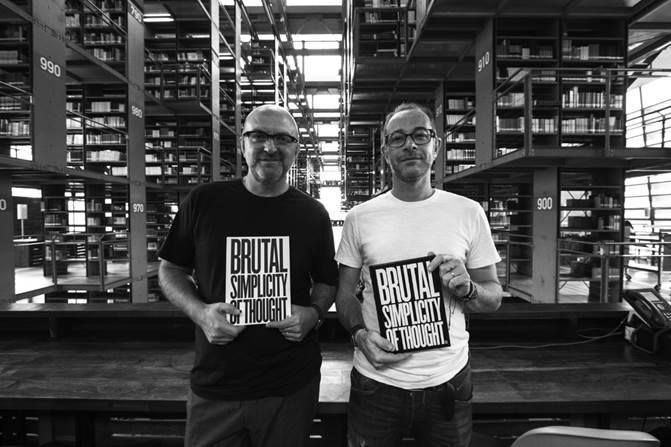 Manolo Techera and Alvaro Dopico have something surprisingly rare in common: both of them were, from a fairly young age, sure that they wanted to work in the advertising industry. Most people we speak to just kind of ‘fall into it’.

The pair’s careers have taken them all over South America. Manolo has worked in Mexico, Uruguary and Argentina, while Alvaro has had stints in Mexico, Guatemala and Colombia. But for now they’re to stay in Mexico. They’ve just co-founded the Mexico City office of M&C Saatchi after a stint working together at the Mexican outpost of Marcel. Alvaro will head up business operations at CEO and Manolo will run creative as CCO.

LBB’s Addison Capper caught up with them to discuss their plans and aims, and the state of Latin American advertising in 2017.

LBB> How did you guys initially get into the industry? Was it always planned or more of a happy accident?

Manolo> Just in front of the place where I studied graphic design, there was an advertising agency and one day I knocked on the door without knowing what it was. I liked it so much that I dropped out of school and started at the agency.

Dopico> Since childhood I've been fascinated by brands. I remember my first trip to Buenos Aires – at the time I had a small Kodak camera, and the only thing that I took photos of were the neon billboards. At first I wanted to study marketing but then decided on advertising, and in the second semester I had the opportunity to start work at an agency as an account assistant. By the end of my degree I was lecturing as a professor at the same university. I wouldn't trade it for anything.

LBB> You have both worked together for quite some time now – why do you think click together?

Manolo and Dopico> We clicked because one of us does all the talking, and the other all the listening.

LBB> It was the “smaller” nature and size of Marcel that initially tempted you there - so what tempted you away from that agency and to M&C Saatchi? Why was it the right move for you both?

Manolo> Working at an existing agency cannot compare to starting something of your own from scratch. The possibility of doing so through opening M&C Saatchi in Mexico, and furthermore as part of a group whose philosophy is to bet on entrepreneurs, overcame any anxiety that we might have had.

LBB> What are your main aims and plans for the agency?

Dopico> Our ultimate aim is to be the most influential creative company in Mexico.

LBB> What’s going to make the agency unique within the Mexican market?

Manolo and Dopico> Sincerity. Since we have begun working with brands, we always ask questions in order to understand the brand better, so that the consumer experiences the very best of the brand - its essence if you will.

It’s about saying "yes" and committing ourselves to that decision, and also knowing when to say "no", is essential. We also believe in always telling the truth and never selling what we do not have, or cannot do. These are our guiding principles. And especially, to do everything we can to come up with the best ideas for the brands that we work with.

LBB> Tell us about the Mexican advertising market at the moment - what kind of state is it in and what are the biggest trends that are impacting it?

Manolo> The audiovisual world was, until recently, dominated by a duopoly of television networks that on rare occasions put out good quality content. What appeared on the screens of Televisa and TV Azteca was a "reality" that was far from the actual reality.

The advertising industry inherited this poor education in content, often disguised by a very good quality of production. The rapid emergence of new formats and digital media has impacted it positively, however, and has opened the possibility to more and better protagonists. They belong to a new generation that is more open to the world and has a much more critical eye.

Dopico> Today anyone can generate creativity, but the important thing is the culture of the agency, one that engenders an environment that pushes people to have ideas that reach further. Regarding trends, it's complex to talk about them because even as we speak they are already changing. What's important is that today communication at a more democratic place. I love that a young guy with a cell phone is able to express himself and get thousands of likes - however, the reality is that many times these messages are ephemeral - they can have a lot of impact but are not very residual.

LBB> Latin America is a particularly interesting region within the ad world right now - traditionally Brazil and Argentina have been the big players, but smaller countries such as Colombia and Peru really punch above their weight. What are your thoughts on this?

Manolo> Argentina and Brazil are historically the ‘greats’ of South America. Economically they were in a different league and that was reflected in their ideas, production and even the possibility of being closer to the rest of the world. New technologies have helped to level the playing field however, and everyone feels that the time has come to compete on equal terms. The talent was always there, it's just that now we have the chance to display it more to the world.

LBB> Mobile is huge in Mexico - why is this and what opportunities / challenges does this bring for agencies and brands?

Dopico> There is a great opportunity for brands to move from format to ideas. While it's true that the category is growing and will continue to grow, we believe it works just like any other medium: if there isn't a strong idea, it does nothing for consumers or the brand. On the other hand, both advertisers and agencies are entering a new phase in mobile and the great opportunity and challenge is the growth of E-Commerce.

LBB> What’s the best thing about advertising in 2017? And the most frustrating?

Manolo and Dopico> Well the best thing for us is obviously that we've opened our own agency and we have the Saatchi brothers as partners. There are no frustrations – we're looking forward to everything that's to come because it will be our own decisions that will forge the way.

Manolo> I love to buy and remodel old cars and bring them back to life.

Dopico> Whenever I get the chance I like to escape to a beach on the Pacific coast of Mexico with my wife and my surfboard.