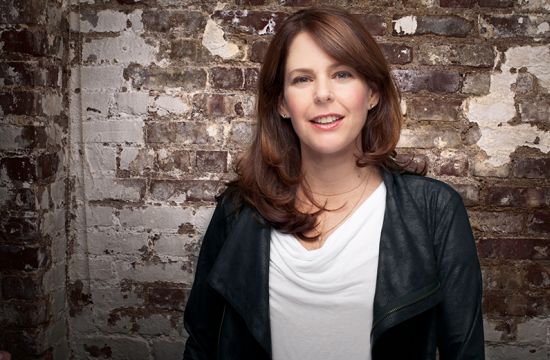 Deutsch New York’s Kerry Keenan isn’t afraid to do things differently. She locked horns with Frank Darabont and persuaded him to launch his new show on Twitter, she’s determined to look beyond the same old ad schools to source new talent and she rules the creative roost at an agency packed with hackers and tinkerers. Her refreshingly different point of view on the industry might be down to the fact that Kerry's own background is far from typical - her own university degree was in Religion, which she reckons has given her an open-minded view on the world. LBB’s Laura Swinton caught up with her to find more - and picks up a few juicy titbits about some upcoming projects.

LBB> What was it about Deutsch that attracted you to the agency and how have you found the first nine or 10 months at the agency?

KK> The chance to work in an integrated agency again is mostly what attracted me to Deutsch.  We are expanding the offering of the creative department to include more design, innovation and integrated production. We are really solidifying these changes.

LBB> We spoke about the Mob City Twitter campaign with (former Walking Dead showrunner) Frank   Darabont. How did that idea come about and what was it like working with Frank? You mention he became a bit of a Twitter convert! And what were the main challenges involved in the project?

KK> First, TNT was a great client, as was the entire cast and crew. In terms of selling through the best idea and best way to see it come to life, they were on board with us from the start. Frank Darabont said asking him to join Twitter was like asking him to cut off his balls and feed them to him. As the project progressed he did see the value of the short form platform to promote his beautiful long form writing. And thankfully his balls were not hurt in the process.

The main challenge of the project happened on launch day. We scheduled over 500 tweets with correlating rich media or Twitter Cards (videos embedded in a tweet). Twitter had some technology problems with their Twitter Card application that wasn’t working smoothly, but our development team worked closely with them and was instrumental in the fix —and we were able to launch without a delay.

LBB> What other recent projects have really resonated with you and why?

KK> One project we are working on, and that I am very excited about, is a big anti-bullying music platform in partnership with a pharmaceutical client that launches soon. It will be the first year of what I hope will be many more.

LBB> One thing that really impressed us when we came to visit was sitting down and chatting with the team and finding out about all the really interesting creative experiments that are happening around Deutsch. Have you any favourites?

KK> Yes. There are several interesting things – which I can’t quite talk about yet. Everything is in development. But soon…stay tuned!

KK> I think people who want to get into the field now have to have a solid and produced portfolio to even secure a conversation with a recruiter. We are starting to look for talent outside of the specialized ad schools and find people and interns who are just good thinkers with more diverse backgrounds.

LBB>  What piece of advice do you wish you’d received at the start of your career?

LBB> Am I right in thinking you originally studied religion at university? What sort of influence do you think that has had on your approach to advertising and creativity?

KK> Yes. It helped me to be able to see and hear different points of view on the same subject. It also helped me to understand how people are motivated by emotional (faith) factors at a much greater percentage than rational ones.

LBB> You mentioned that advertising was something that you fell into almost accidentally – how did that happen? And why did it stick?

KK> I had no portfolio. No formal education. I interviewed for an unpaid internship and got the job. Literally working my way up from making photocopies.

I guess it stuck because I have always managed to find something new to learn within the industry and because I have yet to figure out what else I am good at.

KK> Off the top of my head, Gabriel Garcia Marquez and Terrence Malick. Through language and visual style they have been able to transport me to another time and space.