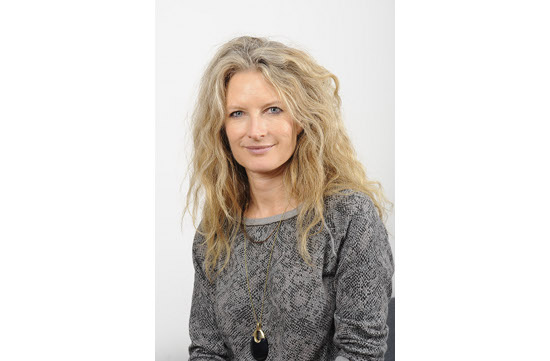 It’s been ten years since Kate Stanners was appointed ECD at Saatchi & Saatchi London. And according to Kate, the agency has evolved helluva lot since then – much of which is down to her. Now a UK Creative Partner at the agency, Kate has played a pivotal role in transforming the Saatchi London office from an advertising agency into a fully delivering ideas company – a process that her and the management team are constantly looking to refine. LBB’s Laura Swinton caught up with Kate to talk young talent, the underrepresentation of women in adland and to find out her favourites of this year’s New Directors’ Showcase.

LBB> You’ve been at Saatchi & Saatchi for ten years now – how has the agency evolved in that time?

KS> Saatchi & Saatchi is unrecognisable to the one I joined 10 years ago. We have always strived to deliver ideas over ads, but now we are truly able to deliver them. With a totally integrated agency we are able to conceive and execute ideas to work on all platforms. It is incredibly exciting to see the collaboration between digital, social, technology and craft.

LBB> I saw an IPA talk that you did where you described yourself as an introvert – is the stereotype of the bolshy, extravert creative rock star changing?

KS> I actually think there are very few flamboyant creatives.  We leave that to the account people and planners.  Creative people are more comfortable working behind the scenes, worrying about the work.  Most are far less interested in self-promotion and more about promoting our work on behalf of our clients.

LBB> And what can ECDs and CCOs do to nurture creative people with more introverted personalities?

KS> We try to create an environment that doesn't simply favour the loudest, but one that allows everyone to have a voice. It can be intimidating for people to speak up and share their ideas, as they are such a reflection of yourself. The most important thing is that we don't allow a fear of failure – that way creatives feel more comfortable sharing their thoughts.

LBB> This year’s NDS show had a brilliant creative theme devised by a fantastic pair from Saatchi London – what was it about their ambitious Feel the Reel/live data/mad science concept that really worked for you? And should we be keeping an eye out for Linda [Weitgasser] & Alex [Sattlecker] in the future?

KS> ‘Feel the Reel’ was a way of bringing creativity and technology together.  Emotional response is a hot topic with many of our clients, so it was fun to bring innovation to the world of 'customer response'. The idea helped inform the final line up of the NDS, making sure the films would stimulate different reactions.

Alex and Linda, the team behind the idea, are stars of the future that is for sure. They always bring intelligent thinking to a problem, converting the complex to simple in very visual ways.

LBB> As someone in such a senior position, what do you get from working on the New Directors’ Showcase and digging into the pool of up-and-coming new talent?

KS> I’m on the Saatchi & Saatchi Worldwide Creative Board, and we spend a long time watching hundreds of submissions from directors all over the world to put together a showreel of the absolute cream of the crop. One that represents the most exciting directorial talent working today.  Some of the directors are unsigned and some are very young, so it’s a real pleasure to put their work on the world stage at Cannes Lions, and give their profiles a boost. And having a hand in promoting young talent is satisfying.

LBB> I’m interested to know your thoughts about the underrepresentation of women in senior positions in the ad industry. Why do you think an industry which tends to be quite progressive and early-adopting in so many other respects has been so slow to make a change, particularly when you look at other industries?

KS> While there still remain few female creative directors, there are many women in senior positions, running agencies and planning departments.  I often think women are too smart to stay in creative departments. They diversify and develop, and maybe they just grow up.  Obviously I can only speak for myself but I think it takes a certain type of naive, curious, childish selfishness to work in a creative department.

LBB> Hard to choose, I know, but which films were your favourite from this year’s reel?

KS> My favourite on the reel...hard. I love Walking Contest by Vania Heymann, and Conference Call In Real Life by Tripp Crosby. Both are wonderful truths. Small observations made big.

LBB> You were responsible for one of my all time favourite campaigns – T-Mobile ‘Dance’ – and I got to witness it live in Liverpool Street Station. What are your memories of that shoot and why do you think the campaign struck such a chord with audiences and triggered so many copycats?

KS> The success of our first T Mobile stunt seemed to connect with people because it brought a bit of fun to a dull routine situation.  It was joyful on a miserable January, and genuinely gave people something to share.

LBB> Aside from the NDS, what do you think were the main talking points (either in or out of the Palais!) at this year’s Cannes?

KS> I was really impressed by the speech Bono gave when he collected the inaugural LionHeart award on the Saturday night for his RED campaign. It is designed to fight AIDS and was proof of the power of advertising to do good and make a difference in the world.  In terms of awards, the best performance in the Saatchi & Saatchi Network was from our Buenos Aires agency Del Campo Saatchi & Saatchi, who won 12 Lions and were the most awarded agency of Argentina.

LBB> What first drew you into the advertising industry?

KS> I think what first drew me to advertising is still what keeps me in it; that you are given a problem and asked to solve it in an unconventional way.  That there are no rules. There is no right or wrong way, and ‘Anything is Possible’.

KS> I have had the privilege of working with many great people, all of whom I have learnt from. But two stand out. My Dad, Bob Stanners, who always had time to help people starting out in the business. His wit and intelligence I could never match.  And Dave Trott, who taught me how to think through a brief, he had a driven work ethic and an uncanny eye for the populist.