McCann Stockholm’s new ECD on the lengths she went to to get into the industry, what she’s learnt from ‘The Swedish Number’ and how she can’t say no to adventure 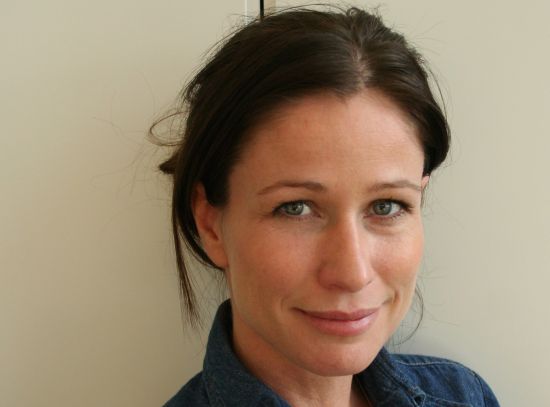 McCann Stockholm started 2019 by announcing the hire of Josefine Richards as executive creative director. She brings with her quite an impressive creative pedigree. While in her previous role at INGO, in 2016 alone the agency picked up 12 Cannes Lions for ‘The Swedish Number’ for the Swedish Tourist Association, and eight for the ‘LeBon’ campaign for Lidl. Both are examples of advertising brilliance that were celebrated for their innovation and impact.

Josephine’s a board member of The Swedish Association of Communication Agencies and was also one of the instigators of Grey Nordic Women, an initiative to inspire more women to aspire to leading positions in the network.

LBB’s Alex Reeves caught up with her to find out where she’s coming from and the direction she’s headed in as she begins a new chapter at McCann.

LBB> What was Stockholm like to grow up in and what were you like as a kid?

Josefine> It brought out Pippi Longstocking in every girl and I was actually called “the horror” by the neighbours.

LBB> How did you get your first break in advertising?

Josefine> I graduated in 2001, when there was a big dip in the industry and I had to break my way through with crazy stunts, one time literally climbing the facade on an agency’s office. 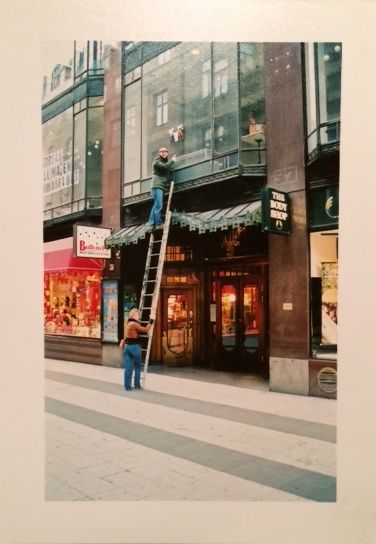 LBB> Why did you decide to move to Australia a few years into your career?

Josefine> I fell in love with a boy named Brett.

LBB> What will you remember most about your time there?

Josefine> I will always remember the great people I worked with there and the 27-year-old blue grouper that I snorkelled with.

LBB> I have to ask about 'The Swedish Number', which your agency at the time won 12 Cannes Lions for! What did you learn from that project?

Josefine> Well first of all the real credit for ‘The Swedish Number’ has to go to the core creative team who fought hard to get the campaign through. It was a two-year-long project and a huge win for the whole agency. We had two big ideas ‘The Swedish Number’ and ‘Lebon’ and we were only about 35 people, but I learnt that when you really love an idea and more than anything want to see it realised, there is no end to what a small team can do.

LBB> Also, the 'Lebon' campaign in 2016 for Lidl was hilarious. Why do you think that resonated so much?

Josefine> Lebon was one in a row of proof events that we did for Lidl, starting with the restaurant DILL in 2013. I think people like it because it democratises an otherwise ridiculously exclusive event. I am personally very proud of it because it’s a real brand and business case with a lot of thought behind it. During this time Lidl in Sweden went from a brand that people were almost afraid of, to being a brand that people were literally queuing up to be associated with.

LBB> More recently, what work have you been most proud of and why?

Josefine> The work for Folkoperan, a small opera house in Stockholm. It shows that even low budget campaigns can have a big impact. I look forward to working with them again on their next activation this autumn.

LBB> What was it that attracted you to McCann Stockholm?

1. McCann is a great network with creativity at its heart and a network that helps you get a bigger perspective on things.

2. The Stockholm office has just recruited a great team of people I strongly believe in, they are true fighters.

3. There is an opportunity to make an exciting journey in a similar way that we did at my previous agency. I can’t say no to an adventure.

LBB> What are your biggest ambitions in your new role? Or what are you most excited to get stuck into?

Josefine> Everything from building trust and openness to focusing on creating one big idea, one signature job that can mark our new beginning.

LBB> How do you think the Swedish advertising industry compares to others around the world right now?

Josefine> I think it is anxious and that we need to find more confidence in our reason to exist.

Josefine> Banksy for his inspiring bravery. David Fincher for his complicated visual storytelling. Tor Myhren at Apple for giving me the tools to overcome my own fears.

LBB> We found out a bit in your Essential List that you like to binge watch. What's your latest TV obsession and why do you love it?

Josefine> It was a Swedish one, “Vår tid är nu” (Our time is now) and it makes me understand my mother’s generation so much more.