DDB Chicago’s Chief Creative Officer on creativity in the windy city, working with the Coneheads and being a ‘student of life’ 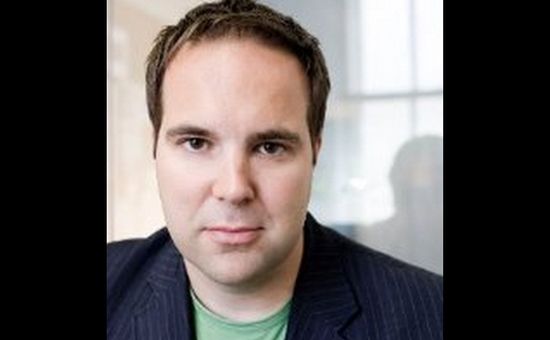 Over the last few months, John Maxham has been flanked by some pretty iconic figures as he leads the creative charge over at DDB Chicago. Notably there’s been the Coneheads (played by the original actors, Dan Aykroyd and Jane Curtin for State Farm) and Porthos, Aramis and Athos who have been brought back to relaunch Mars’ 3 Musketeers candy brand. Oh and Pixar's latest creations from Inside Out. It’s been a great run for the Chief Creative Officer who rejoined the agency in January last year. LBB’s Laura Swinton caught up with John to find out what makes DDB Chicago tick, the city’s creative community… and why it’s so important to hang out with non-advertising people.

LBB> You returned to DDB Chicago in 2014 after four years at Cole & Weber. What is it about the place that meant you just couldn’t stay away?

JM> I’ve been lucky enough to live in a bunch of great places and I’ve found something to love about each of them. In New York it was the style and the taste level. In LA it was the weather and West Coast vibe. In Seattle it was spectacular natural beauty at your doorstep. But in Chicago, and especially DDB Chicago is all about the people. I came back for them. Some of the most talented, yet egoless people I’ve ever met. It comes from the legacy of Bernbach, Reinhard and Scarpelli – not just great talents, but great people. I’m so honored to join that list of creative leaders.

LBB> And since coming on board in February last year, what have been your main goals for the agency?

JM> We get a lot of credit for doing big things well. Big thinking. Big budgets. Our clients are household names. We’re a Super Bowl agency and proud of it. But we also do many other things well that I want us to get more credit for. New clients like Kohler give us the opportunity to show off our couture and design chops. I love the social media Super Bowl idea we did for McDonald’s where we gave away every product advertised on the game. So not only did we have a great TV spot on the game for Skittles, we had a show-stealer social idea for McDonald’s that leveraged all the other commercials– without even buying a spot. Promoting that kind of versatility is my biggest goal for DDB.

LBB> One of the big stories to come out of DDB Chicago recently was, of course, the return of the Coneheads for State Farm. I’d imagine one of the biggest challenges there would have been the writing; how did the team go about making sure that they captured the authenticity of the Coneheads without losing the State Farm's voice?

JM> We’re very proud of the collaboration we’ve had with SNL on State Farm, and the Coneheads is the culmination of that. It’s a great example of how a successful content relationship can work. When we approached Dan Aykroyd and Jane Curtin about reprising their roles as the Coneheads, they were thrilled. It had been 25 years since they donned the pointy prosthetics and played those parts. DDB drove the process, but we constantly asked for their creative input to ensure the scripts felt true to the original SNL skits.

LBB> Another recent campaign that caught our eyes was Three Musketeers campaign for Mars. The Three Musketeers is one of my favourite books (category: books for long flights and train journeys and/or Internet-less holiday destinations; sub-category: champagne-fuelled romps) and the characters have brilliant potential for silliness. Why was it the right time to revive and re-invent the brand’s swashbuckling mascots?

LBB> Three Musketeers is in the midst of a resurgence in popularity, so we felt the time was right to re-launch the brand. It’s hard to believe, but there’s never been a backstory for the beloved candy Musketeers. So we decided to invent one. We thought the idea of putting these vaguely historical, vaguely French guys in present day situations would be absurd in the best way. Why there are three Musketeers and not two, or six? It’s a question for the ages. And those are the questions that are most fun to answer in advertising.

LBB> When people think DDB, they often think New York and Bill Bernbach but Chicago is just as big a part of the agency’s heritage and history. Needham Harper was founded there in 1925 before it went on to merge with DDB in 1986. And in a wider sense, Chicago has always been a major hub for US advertising, particularly in the FMCG category. Does this sense of heritage weigh quite heavily on the local industry?

JM> Chicago is a massive business center. But it’s also a creative hub. This is a cradle of the blues. This is the birthplace of House Music. This is the home of Second City and The Onion. We have an incredibly a diverse ad scene that comprises agencies big and small, old and new. Some of the most exciting stuff in the industry is happening right here. That’s the Chicago I want people to know.

LBB> You’ve worked in most of the major advertising hubs in the US – how would you describe the particular ‘flavour’ of the Chicago industry? And what should out-of-towners prepare themselves for when they arrive (err, aside from the weather!)?

JM> Our winters do require a certain amount of fortitude, but I’ve never seen a city celebrate harder when summer rolls around. It’s like we’ve earned it. The industry people here mirror that unflappable spirit. They buckle down when they need to, but they also know how to have a good time like nobody’s business. And how could you not love living in a place like that?

LBB> How did you first get involved in the advertising business? Was it something you were always interested in or was it a little more organic than that?

JM> I originally thought I wanted to be a writer in the traditional sense. Then I learned about advertising. I fell in love with the idea of creating culture– not just writing. But I had one of those embarrassing incidents where I tried to break into the biz by showing my college newspaper articles to a Creative Director. It didn’t go well. But I did learn what it took to put a portfolio together and eventually get my first break in NYC.

LBB> Do you think it’s tougher or easier for young people trying to break into the industry, compared to when you were starting out? And what advice would you give to anyone pondering a career in advertising?

JM> It’s both easier and tougher. Easier because finding out what it takes is so readily accessible. You can go on Cargo or Behance and see exactly what’s out there. But it’s also harder because the field is more crowded. It’s easier for mediocrity to clog the system because anybody can throw up a site. But nobody has to laminate their spec pieces anymore or carry around heavy portfolio cases, so I guess that’s progress. Jeez, did I just date myself?

LBB> Outside of advertising, who are your creative heroes and why?

JM> Charles and Ray Eames. To me, they epitomized living the creative life. They found beauty in everything, even unlikely things. They’re best known for designing furniture of course, but they also produced some amazing films. Making a pilgrimage to their house in Pacific Palisades is an awe-inspiring experience. I highly recommend it.

LBB> I read that you once said that you have a real need to socialise with people from outside of the industry (my personal bugbear is advertising about advertising, so for that I applaud you!). As CCO, how do you ensure that your creatives get out there into the ‘real world’ and have horizons that extend beyond the office doors?

JM> Being a student of advertising and award shows can be somewhat useful so you know where the bar is, but I advise young creatives that if they study nothing but award shows they’ll merely produce work that looks like last year’s awards. If you want to do something really fresh, you should be a student of life. At DDB we have a culture of encouraging people to get out and experience things. Art, music, architecture, food, film, performance- that’s where the best ideas are waiting to be found.