The colour of magic with MPC’s in-house wizard 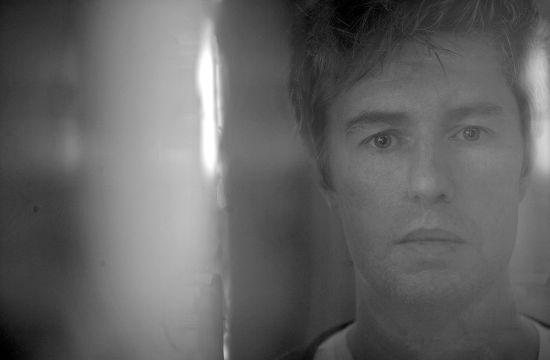 There’s something almost magic about sitting in a colour grading suite. The low lights, the glowing screens, and a wizard sitting at the keyboard with the power of light and dark at his fingertips. In London, MPC’s Jean-Clément Soret has built a reputation as one of the most spellbinding colourists of them all, bringing texture and vibrancy to award-winning commercials and Oscar-winning feature films. In November he was recognised with a British Arrows Fellowship, presented by none other than his long term collaborator Danny Boyle. LBB’s Laura Swinton caught up with Jean-Clément to find out why grading is just like embroidery, why colourists have such affinity with DPs and what the rise of Instagram has meant for his craft.

LBB> Speaking for the whole LBB team, I think we’re all a bit entranced by the work of colourists. It’s always struck us as one of the more beautiful and fascinating parts of the production process…

JCS> My clients always say that their favourite bit is the colour grading because it’s often the first time everyone is together in the same room after the shoot. It’s a sanctuary. Everyone is calm and happy and we discover beautiful images for the first time. There’s always a nice atmosphere.

LBB> What was it about the art of colouring that first attracted you to it? Was it something that always interested you or did you fall into it by accident?

JCS> Well I’d always wanted to do something with either image or sound and I studied audio-visual technology. I wasn’t quite sure which I was going to fall into. By chance I started working at a processing lab where I started to do colour grading and telecine transfer. That was more than 20 years ago so it was really early days and the technology was quite simple at that time, but I could see the potential. It was ground-breaking because there were really very few people doing it. The technology was moving on all the time. It was a little by accident, but not completely because I always wanted to do something that was a little bit artistic and a little bit technical.

LBB> Talking of technology, what are the most significant changes you're seeing?

It’s directly linked to computer technology. We are working in such comfort now; we can hop between projects, redo and undo, have multiple versions and really go into fine details. When I compare it to 20 years ago you could only do one project every couple of days. That was not with any detail. Everything was analogue, it was breaking all the time, you needed an army of engineers to maintain your machine, and there was no consistency. It was a bit of a nightmare and it was at the expense of creativity that’s for sure. We spent half the time making the machine work and half the time doing a bit of grading. Now the engineering is so good that it’s not an issue any more, it’s all about grading and colouring and creativity. Which is great!

LBB> On a ‘typical’ commercial, what’s your starting point for finding the right ‘look’?

JCS> Usually I try to give a true representation of what the Director of Photography has shot. And then I see what they’ve actually got and then I gather a lot of opinions around me and I try to synthesise all of that to bring us to a starting point. Then we have a bit of a debate over how we can build on that. That gives us a good base to start with and it means that no one is surprised by the end of the process.

It’s about getting back to a true representation of what was shot. The footage that comes to us has often gone through several processes already, there may have been some technical issues, it may not look the way it was expected to for multiple reasons. My job is to put everything back into order and then we think about what we can do creatively.

JCS> Absolutely! We are not only responsible for colour but also for composition, we sometimes reframe, we play with textures, we add grain, we suppress grain, sharpness. It’s all part of colour grading. The Director of Photography often has a list of favourite colourists they like to work with. They don’t always get the final say but they get to put their suggestions forward.

LBB> What do you think the most common misconceptions about colour grading are?

JCS> One of the misconceptions is that it’s just about colour and hues, adding more green or red. It’s a lot more than that. As I mentioned it’s about grain and framing, creating camera moves, camera shakes. We are really stepping on the toes of the VFX department, although we’re not compositing or adding layers or doing anything computer generated.

LBB> What do you think the key to being a really effective colourist is?

JCS> When you do colour grading above a certain level there are still things that you can’t do because of technical limitations. You need good VFX people to help you and bring the image to the next level. That’s why I’m part of MPC. I certainly admire people who do it on their own but I personally think that to deliver really nice images it’s all about team work.

LBB> Danny Boyle personally presented you with the British Arrows Fellowship – what was that moment like for you?

JCS> It was great! It was a big thank you from the whole industry for all the thousands of hours spent in a dark room behind a keyboard. It was just great to get such a big accolade from the people I’ve worked with. And having Danny Boyle present it – I’ve never dreamed of anything like that! When I first came to the UK 17 years ago I never for one second thought that I would have such an amazing time. 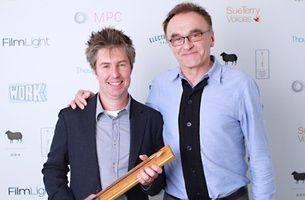 LBB> Speaking of Danny Boyle, you’ve worked on a number of his films – why do you think you work so effectively together? Is it a question of personality? Shared vision?

JCS> We met on 28 Days Later, which was a bit of a special thing because it was one of the first films shot on a small camera, a Canon XL1. They were looking for someone to embrace that and turn the image around. They had some difficult scenes, shooting day for night. They tested a good bunch of colourists in London and Danny came back to me. And since that we’ve done all his films together. Danny is someone who is very faithful and he’s always brought me all his work. And after that, once you understand each other and are used to working with each other it really saves time. You don’t need to explain things; we have a lot of similar references. He often works with the same Director of Photography, who I know very well now.

LBB> And which of his films did you enjoy working on most and why?

JCS> I think I liked very much working on Sunshine because that was a film that was all about light and heat and darkness. The grade was really an integral part of the project, it had to enhance the story and make moments stronger. That was quite an interesting experience from that point of view.

JCS> We did quite a few Christmas campaigns, like the M&S campaign with Johan Renck the director. That was quite a nice one to do, not only because it was shot on 35 mm film, which was quite an achievement for the production, but also it was just a nice job where I was able to give some input and there was time to do things. Another one, but completely different, was the Tesco Christmas ad. That was the one that went through the ages from Super8 to VHS and camcorder. There was a lot of research to do to find the right look, what would work for the ad, and replicating looks some of which were authentic and some of which weren’t. There was a good mix of artistic and technical stuff to do.

Apart from that there’s the new H&M spot, which is airing during the Super Bowl. Another interesting project.

LBB> These days everyone has photographic filters at their fingertips with apps like Instagram and all the rest of it. What are your thoughts on these – are they damaging appreciation of good colour grading or are they helping people get interested in what you do?

JCS> I think it’s got people more interested and it’s probably made it a more democratic possibility. It’s a bit like the way that so many cameras are available now that mean that people can shoot a movie on pretty good quality. I think it’s also forced us to rethink and renew the way we work and do more than just stick on a wacky look. If you just do what anyone can do on Instagram, then there’s no value in it. Colour grading has really matured because of that. Now we are doing a lot more fine work. It’s really become like embroidery, having more finesse with skin tones or anything within the image. It’s the sum of all these small things that really makes a strikingly different image, rather than just putting a big coat of green or blue on top.

LBB> Talking about the detail, what sort of research do you need to do in order to go that deep into an image? What do you look at to keep your eyes and ideas fresh on a continual basis?

JCS> We look at each other’s work, we colourists. It’s quite a small world and we know who does what. Photography is quite a good source of inspiration because they work on still images, so they can go into it in very fine detail. Now, we work on moving images, which is a whole new story, it’s a lot more difficult. But photography is a good source because you have to think ‘how can I translate something from a still image into a moving image’?

LBB> What advice would you give to any young person thinking about going into colour grading?

JCS> I would advise them to have a strong base of technical knowledge as well as artistic. They should know about cinema, photography. Once you’ve got all that, find someone good in the profession and stick with that person, learn all you can from them. It is such a small niche that there is no school for this, so that’s the only way to learn. You need serious motivation because it takes quite a while.

LBB> And who are your creative heroes and why?

JCS> There’s a number of people within the industry that I admire. Danny Boyle is one of them and there are a few DPs whose work I really admire, but what I admire the most is passion and consistency and dedication. Someone like Woody Allen is just amazing. He’s more than 70 and he’s still shooting every year. I’m thinking of – and this is someone a bit different – the French chef Paul Bocuse because he’s had a Michelin star every year for the past 50 years. He’s 87 and he’s still in the kitchen, that’s incredible. These people really have passion for what they do.

JCS>  [laughs] I don’t have any! I like a good arrangement of colours, that’s my line; a good palette, a good assemblage, whatever you want to name it. A good black and white image is also good too!

It’s also about textures, everything that is in the image and colour is just one of the elements.