The founder of OTO Film, Orka, and Cafe Ole on being the ‘father’ of Polish advertising, the power of imagination in production, and why ‘just making money’ isn’t enough to define success 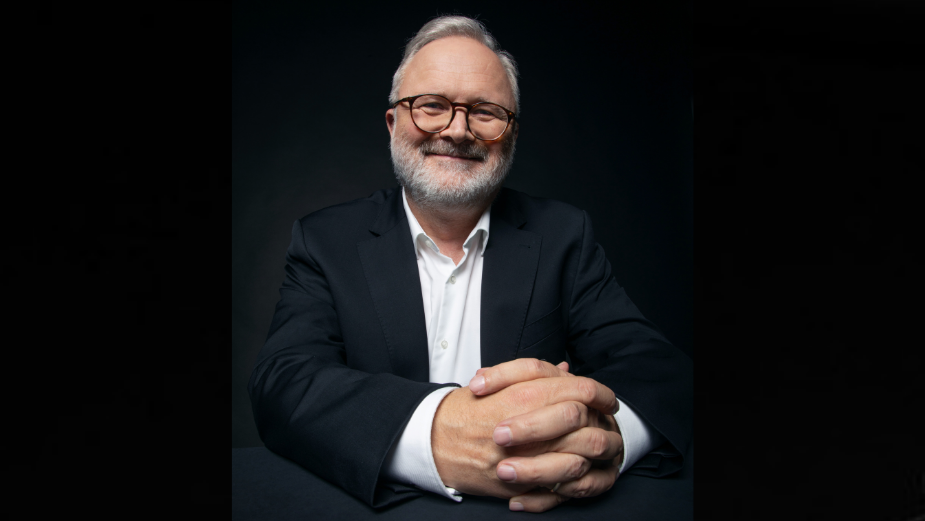 Without Jacek Kulczycki, Polish advertising would look very different indeed. Since founding OTO Film, the country’s first production company, in 1992, Jacek has dedicated his career to raising standards and pushing boundaries for filmmaking in his native country.

After leaving film school in Łódź, Jacek embarked on travels around the UK and USA which gave him the inspiration for his remarkable career. Whilst living in New York he founded the New York Group of Young Polish Filmmakers, demonstrating a desire to elevate the work of his country which would become a major theme in the decades ahead.

Today, Jacek remains the CEO of OTO Film and continues to create work which sets the standard for filmmaking in Poland. To find out what makes one of the original ‘transformers of Polish advertising’ tick, LBB spoke with Jacek…

LBB> Hello, Jacek! You’ve enjoyed such a rich career so far in filmmaking and advertising - did you always know that you were destined to be a filmmaker?

Jacek> Hello! Yes, I am one of those lucky people who always knew what he would like to do with his life. When I first told my father that I would be applying to the elite Film School in Łódź, he was speechless. After a moment or two had passed he said: “you know son, we already have one Andrzej Wajda in Poland”. “Well”, I replied, “it's time for the next one”. I’m not a philosopher or a copywriter. But I always knew what I wanted to achieve - which was to become a leader in this industry that I love.

Although I do not direct anymore, I am still a producer and still deeply involved in visual media: from commercials, to feature films, and series. This is my profession, my hobby and my passion.

LBB> You’ve said that having a ‘vision’ is one of the best qualities a filmmaker can have. So, what’s your vision?

Jacek> I used the word “vision” but I could also have said “passion” - I think you cannot do any job well without total commitment, without that passion. And this passion, which still burns in me today, is vital in how I bring my vision to life. My vision is to create films which speak to the hearts of broad audiences.

But without passion, you’re just making money. And that’s not enough.

LBB> After graduating from Łódź Film School, I understand you spent some time living in the US and the UK. Why did you want to do that, and what did you learn from the experience?

Jacek> Yes, after graduating I first moved to Great Britain and then to the USA. While working in one of the pubs in London, I saw TV commercials for the first time in my life. It was a totally new experience watching  these funny, interesting, and incredibly short videos. I didn’t even know what to call them, so I asked my boss.

His reply was not very enthusiastic: “bloody adverts, they don’t let you see the entire show without interruption”, he would complain. He might not have been impressed, but I knew that this was a business I wanted to be a part of.

Later, whilst living in New York, together with a group of friends and filmmakers I founded the non-profit film organisation ‘The New York Group of Young Polish Filmmakers’. We showed our students’ shorts, and we gave lectures at NYU and UCLA on Polish culture. The United States has taught me that if you have passion and determination, even if you are a foreigner, you can achieve whatever you set your heart to and more. It was after returning to Poland that I reached out for ‘more’.

LBB> It’s interesting that someone complaining about ‘the bloody adverts’ is such a strong memory. Do you think peoples’ tolerance for ads has become even lower since then?

Jacek> I have to answer this question from a Polish perspective. When I first started 30 years ago, ads were so new on the TV that - believe it or not - everybody wanted to watch them. In Poland, people didn’t go to make coffee during the advertising break. Instead they watched the adverts, and discussed them with their friends the next day. I think you can still see that attitude today, at least for quality commercials.

Something that’s perhaps unique about Poland is that people here do not like to watch ‘adapted’ ads, where they have clearly been made somewhere like the US and dubbed over with Polish voices. We consider that to be quite lazy, and not worthy of attention. But when you have a high quality idea, with quality execution, people still take notice.

LBB> So would you agree that it’s harder for advertisers to get noticed today, given how busy the media landscape is?

No, I wouldn’t agree with that. We’re living in a certain place, in a certain time, and we have to adapt to that. It’s the same challenge it has always been, and great production companies have always been great problem solvers. Earning audiences’ attention in a crowded market is just another problem waiting to be solved.

As someone who has worked in production for many years, I know how imaginative you need to be sometimes to solve these kinds of problems. For example - 15 years ago, we had an agency come to us saying they wanted to promote their vodka brand. The only problem was that advertising vodka on TV was forbidden. But, working with the agency, we did find a solution.

The TV ad we made promoted yachts. The trick was that the Polish word for yacht, ‘lodka’, sounds an awful lot like ‘vodka’. And the logos on the yachts were suspiciously similar to the vodka brand’s logo. As a result, we had millions of people talking about a brand that never actually advertised itself. So, with a little imagination, it’s always possible to get noticed.

LBB> In Poland, you founded a film company (OTO), a post and editing house (Orka), and a sound company (Cafe Ole). Why did you decide to take such an all-encompassing approach to your craft?

Jacek> I returned to Poland with a pile of VHS video tapes on which I had recorded thousands of English and American commercials. At that time, the first Polish commercials were just beginning to be broadcasted on state-owned television, with agencies such as McCann and Leo Burnett opening their offices.

In 1992 I decided to open OTO Film Studio. ‘OTO’ in Polish means ‘it is’ or ‘this is’. It’s hard to translate precisely. But I wanted to show that we were the first production company on the market, so it was almost me saying ‘this is… film production’. And it was OTO. Our goal was to create the best professional and international production house.

In those days we developed the 35mm film in a state laboratory, edited it in a state post-production house, and did colour correction in Vienna, Berlin or London. And so I said to myself: if we want to be the best production house we have to have our own, technologically advanced, and reliable post-production. This is how Orka (for video) and after that Cafe Ole (for sound) were created.

LBB> In a book by Agata Jakóbczak, you’re listed as a ‘transformer’ of Polish advertising. In what ways have you seen the industry transform in Poland over the course of your career so far?

Jacek> Since its establishment, OTO Film has been (and still is) one of the top production houses. We were one of the first to start using Kodak and Agfa stock on a large scale, we shot films across the world in locations such as South Africa, Chile, and Argentina, and we employed English and Scandinavian directors. We transformed OTO over the years, but in doing so we also changed and shaped the market. It was nice to hear that from Agata - that’s how I feel, sometimes, too.

LBB> As well as being a ‘transformer’ do you ever consider yourself as a kind of ‘father’ to Polish advertising as well?

Jacek> Ha, well firstly thank you for not saying ‘grandfather’! I do sometimes feel like a father - like I have responsibility for the quality and future of this industry. That might sound stressful, but to me it is a huge privilege. I would say that the industry here is not fully matured yet, maybe just reaching the end of its teenage years but there are still many things to be done.

However, in terms of infrastructure and quality we are absolutely competing with the best, by which I mean the likes of the US and the UK. It’s interesting when people come over here - some of them are surprised to find we have cars on the road, let alone world-class production facilities! But our task now is to continue cementing our reputation across the world with more high-quality productions. And that’s exactly what we will do.

LBB> And what’s your impression of where the Polish industry stands right now? Are you feeling broadly optimistic about the future?

I am generally optimistic, yes. I think that the advertising industry, despite several months of covid-related collapse, is doing well and recovering quickly while adjusting to the new reality. What inspires my optimism is how quickly the largest production houses have adapted to using video conferencing, how easily they implemented the anti-covid security measures, and the viability of remote filming. These changes will stay with us forever, I think.

LBB> Are there any particular trends or innovations happening in the industry which are exciting you?

Jacek> Technology is taking us towards a very exciting future. Two technologies I consider to be groundbreaking are Unreal Engine and led screens. This is a revolution in our approach to scenography; it replaces traditional blue and green screens, reduces the cost of creating scenography, and simplifies it. Today, I cannot imagine night-time shooting without led screens. Drones, especially the small ones, allow us to reach areas which had previously been unavailable - cranes and Russian arms will have to step back from the field (and air) to let these small helicopters in.

LBB> And finally, the past year has been a difficult one for many of us. How have you been staying creatively inspired and motivated throughout it all?

Jacek> The pandemic, especially during the first months of total lockdown, was a time for reflection. OTO is a big company, so during a given year we usually have over 200 shooting days, producing 6-8 films a month. But all of a sudden, we were hit with the pandemic. The train which had been running at full speed abruptly stopped in the middle of nowhere. It seemed everything was over.

But, after 3 months of flat calm, we were suddenly back producing films. These films were different, in-line with changing guidelines and lifestyles. Our first covid ad, for example, was shot using iPhones that we handed to people locked in their flat. It turns out that anyone can be a DoP!

Having reflected on what we’ve learned, these are our post-pandemic conclusions: We have ‘gone back to our roots’. We are watching and reflecting the world around us, showing it the way it truly is, without extra make-up and filters on the cameras. We’re more open to the world than we ever have been before, encouraging foreign directors and partners to work with us in Poland. Let’s stick to these lessons, and we will survive the difficult times that are yet ahead of us.

I know the pandemic is not over yet but I am looking to the future with optimism. After all the amazing progress we have made over the years, why shouldn’t I be optimistic for more? 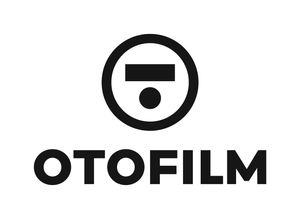 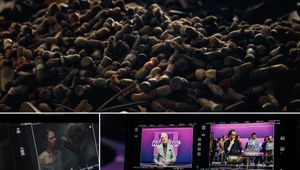 OTO Film: “It Is Essential for Us to Support Ideas and Values We Strongly Believe in” 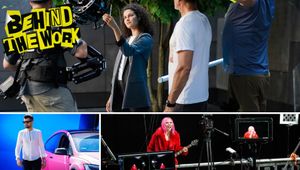 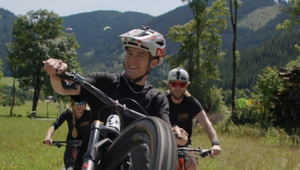 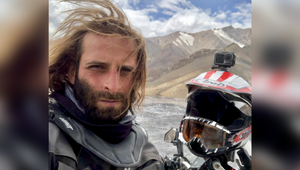 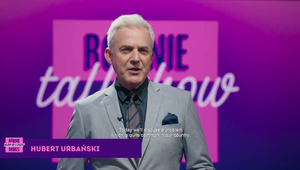 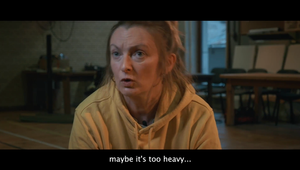 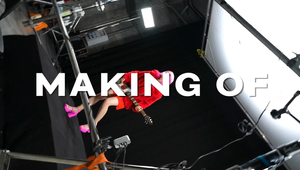 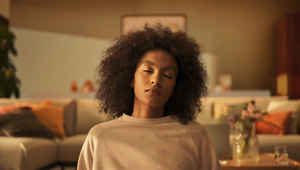