The Filmgraphics director from Australian acting royalty on her BFI debut 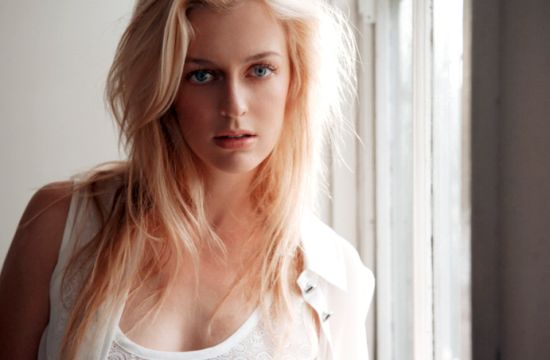 Born into a family of actors – sister Miranda starred in The Lord of the Rings series while father Barry has been part of the Australian industry for 40 years – a career in film was a kind of ‘natural’ progression for Gracie Otto. Since her graduation from Sydney Film School, she’s acted in movies, starred in fashion shoots, edited movies and directed numerous short films. In March of this year she joined the roster at Filmgraphics Entertainment and next month she is set to premiere her feature length debut at the BFI London Film Festival. ‘The Last Impresario’ is a documentary about legendary British film producer Michael ‘Chalky’ White – filming it took her on a global journey to meet the likes of Yoko Ono, John Cleese and Anna Wintour. LBB’s Addison Capper spoke with Otto about the film’s inspiration, a childhood on film sets and playing hard.

LBB> Your debut feature length documentary ‘The Last Impresario', which is about British film producer Michael White, is set to premiere at October's BFI London Film Festival. What inspired you to create the film about him?

GO> I was at the Cannes Film Festival in 2010 with another feature film when I met Michael White at the opening night party. It was 2am, he had a walking stick, and I offered to get him a drink. He asked for my number and I thought “why not”! It was the most incredibly auspicious moment. Coming from a theatrical family I came to discover that here was a man who had been at the cutting edge of British culture for over 50 years. I was back in Sydney when he called to tell me that he was selling his lifetime’s memorabilia at Sotheby’s. On impulse I borrowed a camera, booked a ticket on frequent flyer points and flew to London to shoot the auction. I always thought that someone should tell his incredible story but from that moment there was no turning back.

LBB> And spending time with such a flamboyant character and other legendary members of the film community - what lessons or lasting impressions did you take from the experience?

GO> Initially when Michael made a short list of possible interviews I was in complete awe. I started with a few in Australia – Naomi Watts, Greta Scacchi, Jim Sharman and Barry Humphries – and that gave me confidence. After meeting Yoko Ono in New York I was ready to talk to anyone – she was probably the most incredible person I interviewed. And speaking to John Cleese in Monaco one day and getting on a plane to meet Anna Wintour in New York the next day was pretty nerve-wracking. But without exception they were all full of praise for “Chalky” and keen to tell their story about this man that the whole world seems to love. What I have learnt from Michael, especially, and many of these iconic stars is to be brave creatively, work hard and enjoy life. They all said that life around Michael was always fun – that he worked hard and played hard – and that is the inspiring story I want to share.

LBB> How did you find the jump from short form to feature?

GO> I’ve made five short fiction films since I graduated from Sydney Film School in 2006 and have felt ready to take on the challenge of a feature for quite a while. All my shorts have screened internationally in major film festivals so I felt confident and was already developing three feature projects. I won the Audi/In Style $10,000 scholarship just after I started this film so I was able to buy a Canon 5D camera and become a one-woman film crew. And I was also lucky to get work around the world so I could line up a few interviews in each new country. I was also lucky to find my producer Nicole O’Donohue who jumped on the project enthusiastically with her editor Karen Johnson which has been a fantastic experience.

LBB> As well as directing you're an actress and a model - do you think the experience in front of the camera has influenced your approach behind it?

GO> My first role was in Three Blind Mice which won the Fipresci Prize at the 2008 London Film Festival. My first scene was with Jacki Weaver, a top Australian actress who has now been nominated for two Academy Awards. I was terrified – so I concentrated on what the crew were doing, where the camera was etc and that helped. I also edited that film. I recently played Edie Sedgwick in another film called Poor Little Rich Girls that has screened at a couple of underground festivals. The film was mostly improvised so I talked a lot with the director about his shooting style. It certainly helps to be familiar with a camera. I don’t model seriously but I‘ve done a lot of fashion shoots. I am equally happy on both sides of the camera.

LBB> How do you like to like to work make sure a project turns out how you want it to?

GO> I am extremely well organised. I love to have every scene worked out and I storyboard all my films in fine detail. I also love to work with regular collaborators like DOP Denson Baker and composer Michael Yezerski – it’s like a shorthand approach to working because we know and respect each other’s methods. Now I am working in the new medium of advertising so I’m newly inspired to learn from the experience of David Denneen and Anna Fawcett at Filmgraphics Entertainment.

LBB> Your father and sister are both actors that have appeared in numerous movies - did you always want to follow them into the industry?

GO> Coming from a family of actors - my dad Barry has worked in theatre and film in Australia for 40 years, and my sister Miranda works internationally – everyone expected I would follow in the family footsteps. But I did a Screen Production course when I was at school and got top marks when I directed a film for my final exams, so that convinced me to go to Sydney Film School. I always loved the idea of acting too, but this way I can create my own work and not just wait for someone to offer me a job!

GO> After I graduated from Sydney Film School I took off to live in Paris for six months and met Francois through one of my sister’s friends. He is an extraordinary interior and structural designer and has created individual and sophisticated design in hotels and private homes internationally. On one trip to Paris I created a short film montage of hotel scenes from iconic cinema to support a project design he was developing – evidently it received an ovation at the pitch meeting! So then we collaborated on three webfilms to showcase his designs in a hotel, beach house and millionaire horse auction room.  I was basically a one-woman film crew again but I love the creative freedom that gives me.

LBB> Outside of the worlds of filmmaking and advertising, what else inspires and excites you?

GO> I’ve always loved the theatre – I was one of those kids who grew up around theatre stages and film sets. I’d love to direct (or act) in the theatre – Sydney’s Belvoir Theatre is my favourite! I’m also obsessed with fashion and try to promote the work of Australian designers particularly when I am overseas. I love Fashion Week in Australia and would love to create some films to add another dimension to catwalk presentations.

GO> My big hero is David Lynch – everything from Mulholland Drive to Lady Blue Shanghai his 15 minute Dior commercial. I own two of his lithographs too - he works out of Item Editions gallery in Paris who, with Jean-Michel Alberola are creating the poster for The Last Impresario so there is another connection there. I also love the films of Wong Kar Wai and Canadian filmmaker Xavier Dolan whose new film is also in the London Film Festival. And top of my list is Naomi Watts whose support of our film has been incredible – she is a wonderful actress and will always be one of my heroes!