One of the original Wieden+Kennedy Nike creatives on setting up his own shop, McGann / Zhang, in LA and Beijing 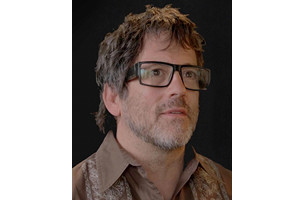 Geoff McGann was one of the original creatives to work on Nike when the account first went over to Wieden+Kennedy. Since he left he’s worked as a freelance creative at numerous creative powerhouses and has lectured as a professor at VCU Brandcenter, one of the USA’s top ad schools. He is a professional photographer, artist and five-time U.S. Open Brazilian jiu-jitsu champion. If you go on his website biography, he has letters of references from the humble names of Dan Wieden, John Boiler and Joe Pytka. Most recently, though, he has decided to go it alone and launch his own agency, McGann / Zhang, with Yichi Zhang, a former account exec student at VCU. LBB’s Addison Capper chatted with Geoff to find out how he was finding the experience, why LA was the perfect home for the agency, and how a homemade watch once got him into a spot of bother.

LBB> You’ve launched McGann / Zhang with Yichi Zhang. You both come from very different backgrounds and the agency is based in LA and Beijing - two very different cities. How did the relationship with Yichi come about and then how did it progress into you both launching an agency?

GM> I’m a big believer that when different worlds collide great things can happen, and that is the case with Yichi and I and with our agency. Yichi was a student just finishing the account exec track at VCU when I was a professor teaching the creative track. Throughout my career as a creative director, commercial director, photographer, teacher and artist, I had thought many times about starting my own agency but I was never sure with who or how I would do it. Yichi is unique in both his ways of thinking and his business connections in China. We were each looking at exploring new opportunities and as we got to know each other we realized how different but also how alike we are. We also were both very interested in all of the opportunities that are in LA and China right now. We knew that we were onto something and I realized that this was the opportunity to create and develop a shop in the way that I had been thinking of for years. It’s early days but it’s amazing to see how things are coming together.

LBB> I have to ask about the agency video! (After some chat about launching, it shows the pair fighting on the floor.) Tell us about that…

GM> We originally planned on making a more formal agency video explaining our philosophies and beliefs. We shot that first but it felt wrong and boring. This just seems like us. Fresh, fun, irreverent and we hope, creative.

LBB> You’ve had a very impressive career - you were one of the first creatives working on Nike at Wieden+Kennedy. Since then you’ve worked mostly as a freelance and more recently as a professor at VCU Brandcenter. What made you want another agency home? And more specifically, an agency home that was truly yours?

GM> Throughout my career both at agencies and on my own, I’ve always found a number of ways to channel my creativity for my art and for my clients. Education has also always been a strong driver of mine. My father is a college professor and author and my mother, who is retired now, was a teacher and school administrator and I am a huge believer in the importance of education. Most recently as a professor at VCU, I started thinking about the potential for a different kind of agency and after meeting Yichi it seemed that here was an opportunity to try and bring that to life.

LBB> On the McGann / Zhang website, there’s quite a big focus on the importance of young talent. Why is it so important to the agency and how do you ensure that you’re supporting the stars of tomorrow?

GM> New talent is important for a number of reasons. To start with they are tapped most closely into pop culture, which gives them a special perspective on how to develop work. Young people also have a unique perspective on the world and they are hungry. Hungry to learn, to do, and to explore. And when you combine those qualities with more experienced creatives, you create an incredible kind of energy where amazing things can happen.

LBB> We were big fans of the Pride film - it must have been a very emotional campaign to work on. How was the experience for you? You must be delighted with the recent court ruling in the U.S. and the media exposure for Pride.

GM> This is such an important issue and we knew that the Supreme Court ruling was going to come down during or right after it broke. The part that was especially hard was figuring out exactly what we were trying to say. We had the platform, but how would we use it? This issue is important in so many ways and we went through a number of potential strategies of how people connect with this on an emotional level. When we focused on the present day situation and thought about what it was like one hundred years ago, then it became much more interesting. We wanted to acknowledge that we are more fortunate then we ever were and juxtapose that with the past. To take a celebratory position – not a cautionary one.

LBB> Why did you choose LA specifically to launch in the U.S.? What makes it a more fitting home for the agency as opposed to other U.S. advertising hubs?

GM> LA is in a really interesting place right now with culture, advertising, tech, and entertainment all coming together. It’s a place that is embracing new ideas and experimentation in a world that is about change.  And as a place where there is so much talent and so many great ideas – all working from the same position of trying to do the best work possible – we knew that this was where we wanted to be.

LBB> If you had to pick one, what’s your favourite piece of work that you’ve ever produced?

LBB> How do you deal with the stresses of being in advertising? I hear you’re quite a dab hand at Jiu-Jitsu…

GM> I feel so little stress when I am doing something that I love which may be why I’ve never really seen this job as stressful. Having said that, though, I do believe in the importance of having many interests and I have some that might not seem to go together. I’m a photographer, artist and I practice competitive Brazilian jujitsu. I’ve won the US Open five times; the Pan Am's three times and won a silver medal in the Masters World Championship.

LBB> And to round off, I have to ask about the ‘bomb watch’ that got you arrested! Can you tell us a bit about what happened?

GM> That was during a time when I was teaching a class at The Academy of Art University of San Francisco. I would fly up for the day to San Fran and then come home. I had created this art series of bomb installations and watches and was using them as part of that week’s class.

When I first started taking the series to art shows, I was not sure how to travel with them and had contacted the TSA who gave me a letter to take with me when I had them. I used that letter in the past but unfortunately the letter didn’t work on the way back from the class and as I was traveling home that night from San Fran to LA, I was arrested. It was frustrating and kind of ridiculous.

LBB> And the watch itself you designed and built yourself. What other creative outlets do you have to keep yourself charged?

GM> Over the course of my career I have had many creative outlets. One of my favorites is photography and in fact I am still represented by the gallery Fresh Paint. Aside from that, though, all of my time right now is consumed on building a body of work with McGann Zhang.