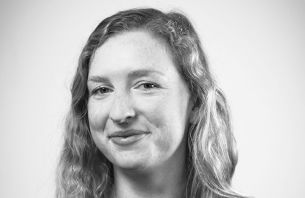 Emma Sharkey can be found in agency Rothco’s Dublin office, at the creative coalface working on clients like Heineken cider brands Orchard Thieves and Applemen’s, AIB and the Irish Defence Forces. A keen reader with a wordsmith tendency from a young age, Emma has also long nurtured a passion for interactive and digital modes of storytelling, driven by data. Her successes include the launch of Orchard Thieves Cider and a highly-targeted, data-first female recruitment campaign for Irish Defence Forces – which increased annual applications by 65% in just three weeks and won a Silver Lion in 2016. You can catch her in Cannes Lions this year, too, speaking on a panel titled ‘Who Will Be Your Next Boss?’

LBB’s Alex Reeves caught up with Emma to find out what makes her tick.

ES> 10-year-old Emma was a bit of a fish out of water. We’d just moved from Dublin to Palo Alto California, and I was on a fast learning curve, figuring out how to make myself understood by my new American classmates. I was also way behind because it was the first time I’d seen a Mac, let alone touched a computer!

LBB> When do you first remember taking an interest in advertising?

ES> I was always a TV addict. I loved TV so much that my sisters used to stand in front of it and beg me to come out and play instead. I aspired to write for a living and after a degree in English I was looking for a master’s degree that would push me in a clear direction. I ended up doing a master’s in advertising focusing on copywriting.

LBB> How did you get your first break in the industry? Can you remember any early projects that gave you a chance to particularly step up?

ES> One of our lecturers was a creative director in Ogilvy Dublin. He really believed in supporting new talent and after graduation, he offered three classmates and myself a six-month internship. Fortunately for me that six-month internship turned into a four-year stint in Ogilvy. It was a real sink-or-swim experience and in our first six months my art director and I were given a shot at the Lucozade Energy account. We had this crazy idea about zombies coming back to life because of Lucozade Energy. The client bought it and we found ourselves in a shopping mall in South Africa making a zombie film.

LBB> It seems like your interest in data and digital marketing goes back to "before it was cool". Can you talk about some of your early experiences on that front?

ES> For me as a creative, knowing whom I’m talking to is everything. I spend a lot of time people watching and asking people about what’s really going on in their lives. We are in such a bubble in the advertising community and we can lose sight of the real world so easily. For me data is such a powerful tool. It cuts out bias and assumption and gives you solid facts about who the audience really are and what they are doing. Data coupled with digital means we have no excuse not to find our audience. It means our work can be more pointed, and we can put our energy in to being as surprising, innovative and motivating as possible.

LBB> What lesson or piece of advice do you wish you'd had earlier in your career?

ES> Always stick to your guns on your vision. In the beginning I made the mistake of thinking others knew better. No one knows better than you when it comes to your idea.

LBB> Orchard Thieves Cider was apparently Heineken's most successful brand launch ever. Can you talk a bit about your work with that brand and why you think it worked so well?

ES> Orchard Thieves Cider was such a fun project. We were creating a new alcohol brand from scratch so we got to set the agenda and tone in every channel. We basically decided that to give it the best chance we needed to tear up the rulebook. Cider advertising tended to be all about sunshine and orchards and apples. We said Orchard Thieves would be about night-time, the city and high energy. Our idea was Be Bold, and we lived up to it, we teased our launch by thieving other products’ ads. The campaign was truly integrated too and our TV ad was designed to be viewed on mobile, where our audience could steal free pints of cider and other cool props from the story.

LBB> The data-driven campaign you worked on for the Irish Defence Forces was also a massive success. What are you happiest with about that campaign?

ES> The Defence Forces campaign was a recruitment campaign to attract more women in the Irish Army. The budget was tiny, but we worked in a small team, or gang as we call them in Rothco, of strategy, connections, creative and production. Strategy used data to isolate the group of Irish women who were most likely to be interested in a career in the Defence Forces, young working-class women. Our conceit was that these girls didn’t think of joining up because no one had ever put it to them before. We created a film linked to the recruitment site that showed them just how aligned their interests and ambitions were with life in the Defence Forces and targeted them through their social channels. The response was great and the feedback from women already in the Defence Forces was so positive too. It was nice to work on a project where we got to speak directly to an audience that is often ignored and very rarely really understood.

LBB> Which recent projects are you most proud of?

ES> We’ve just launched another cider for Heineken Ireland called Appleman’s. Again, it was a great opportunity to build a brand around a very specific audience. We also just aired the launch film, which was a pretty ambitious production that involved showering Dublin in cider apples!

LBB> Which aspects of the creative process are most enjoyable for you?

ES> I love the fact that we get to geek up on so many different areas of life and business. I really enjoy the early part of the process, working closely with strategy and unlocking a big idea that just makes sense of everything. It’s so satisfying when you start with a huge client problem that seems so complex and by the end of the creative process the problem is no longer huge, it’s simple and human and answerable.

LBB> How do you feel Accenture Interactive's acquisition of Rothco has affected the agency?

ES> We’re not even six months in yet, but I think the agency is still fizzing with a sense of excitement and possibilities. Rothco has always been such a little upstart. We have always aspired to step up against the big boys and that attitude and self-belief has been the defining culture here. I think we’re all very aware that we don’t want to lose any of that, but at the same time being part of Accenture Interactive will give us opportunities we previously were locked out of. I also think that over the last few years, the amount of amazing ideas that we have not been able to get off the ground due to scale, or lack of access to certain skill sets, those days are over. We have no excuses now.

LBB> You're speaking on a panel in Cannes this year. What are you most interested in discussing there?

ES> I’m taking part in a panel discussion on the future of creative in the advertising industry, so I’m expecting it to be quite a lively discussion! We are an industry going through massive change and as with all change that creates opportunities and fear. I think we need to be open to how we go about our business. Some of our practices need to change, but a lot of what we do should be recognized as unique and imperative. The trick is figuring out which is which between those two points of view.

LBB> What are your main aims and ambitions for Rothco in the near future?

ES> Over the next year, life in Rothco will be all about capitalizing on the opportunities being part of a bigger family gives us. It will also be about doubling down on everything that makes Rothco, Rothco. Our ambitions are always the same. Bigger and better. Every project needs to be bigger and better.

LBB> What do you like to do in your spare time? Any current obsessions?

ES> Well, I just had a little girl last June; so all my spare time is dedicated to her. I’ve also discovered the whole world of mommy vloggers, fascinating. It really makes me wonder how our parents kept us alive without Google. The Internet is a wonderful thing!