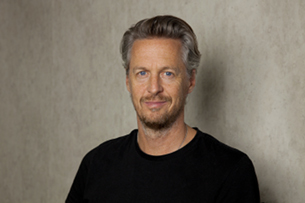 When Amir Kassaei, the now Worldwide CCO of DDB, took the creative reigns at DDB Germany in 2003, Eric Schoeffler isn’t afraid to admit he feared for his job. At the time he was a creative in the DDB Düsseldorf office, an agency which he admits then had no creative reputation. Instead of firing Schoeffler, though, Kassaei placed him in charge of the office, and when he headed to New York to become DDB’s Worldwide CCO, Kassaei asked Schoeffler to take over as his successor and run creative for the entirety of DDB’s German output. And it’s a move that’s paid off. Since the shifts DDB Germany has gone from being a creatively frail agency to one capable of picking up the most prestigious awards. LBB’s Addison Caught up with Schoeffler to find out more.

LBB> How did you first get into the industry?

ES> Do I believe in fate? Well I don't know. I guess it was rather by accident and a number of coincidences that shaped my career. With my ‘extraordinary mathematical skills’ I had two choices: sports or arts and design. So I decided to study graphics and design.

LBB> Where did you initially start out and how did you wind up as CCO of DDB Germany?

ES> I started my career back in 1994 as a ‘layouter’ at an independent agency in Cologne. For half-a-year I was the king of the photocopier until I got to work on my first minor task for one of our clients. I stayed with that agency for more than five years and was eventually promoted to Group Head/Art.

It was my creative partner – a copywriter – who then dragged me to an interview with a creative director at DDB in Düsseldorf. We got the new job as a team and consequently worked with clients like Axa and Henkel. A few years later, I was promoted to creative director for the global Fa account. (Fa is a body care products brand.)

When Amir Kassaei and Tonio Kröger took over DDB Germany, I actually expected to be fired. DDB in Düsseldorf at that time had no creative reputation, and back then I didn't know how they judged my performance. Instead they asked me to lead the Düsseldorf office as ECD and MD. I accepted that challenge after a few sleepless nights.

Over the next five years we managed to win some interesting new clients, such Pernod Ricard, Sky, Diesel and Ebay. We also won several awards at some of the most prestigious shows. In 2011 Amir Kassaei moved to NYC and became Chief Creative Officer of DDB Worldwide. He wanted me to be his successor in Germany. The new challenge was to merge DDB and Tribal to form a modern, integrated, collaborative agency with offices in Berlin, Düsseldorf, Hamburg, Wolfsburg and Vienna. After a few more sleepless nights, I said ‘yes’ again.

LBB> What were the key factors in turning around DDB Düsseldorf and Germany’s fortunes during the time, when, as has been said before, it had “no creative reputation”?

ES> The key factor was the announcement of a clear goal and then the decision to trust and believe in the people who worked for us - believing that they can do it with a lot of joint hard work. For a lot of people it was like a wake up call. It really was a different spirit from that moment on. When we won our first award after years of invisibility, people knew it was possible. But still it was a daily struggle. Like it is today.

LBB> What are the big challenges facing the advertising industry in Germany at the moment?

ES> It’s surely no local phenomenon, but due to the variety of new communication channels the number of interfaces among clients and agencies has considerably increased. Those new channels along with the extension of global networking demand an array of competences on both sides of the business. That is equally valid for the general communications as well as for the development and modulation of channel-specific messages and content.

And digitalisation entails another challenge as well. The workload for agencies – in sense of conception and conversion – increases enormously. Also, it must not be forgotten that payment and compensation for agencies is often not aligned. I believe, at times in which agencies have to accomplish a lot in the smallest amounts of time, appreciation is extremely important. The volume of work is increasing while appreciation is decreasing. This creates a bad reputation for the advertising industry in Germany and consequently leads to less people wanting to work in the industry.

LBB> And what are the most exciting developments and trends happening right now?

ES> Digital gives us new opportunities every day. Branded entertainment has revitalised storytelling. Technology helps us to connect in better and new ways. As long as we use all these new opportunities based on relevant human insights and behaviour and not just for the sake of it, we can produce better work for our clients than ever before.

LBB> You’ve previously said that “the Germany communications industry is almost as good as its football team”. What can it do to turn it up that extra notch to compete at the top globally?

ES> In general I wish we would all be a little more daring and courageous. We are a country of engineers. We have a tendency not to start anything before it's really bullet proof and that slows us down sometimes.

LBB> What is it about DDB Germany and its culture that sets it apart from other agencies in the country?

ES> Bill Bernbach once wisely said that he is looking for people with two skills. They have to be talented and they have to be nice. I’ve been moved by this quote ever since. It's so simple and it's exactly what I always try to do. We spend so much time with what we are doing and we work under a lot of pressure. It's so much better to share all this with people you like. Creativity and humanity are two of the most precious values we share at DDB. And although it's tough to live by these values 100 per cent every minute, I guess it’s exactly what makes DDB so special.

LBB> How do you feel that idea of ‘creativity and humanity’ influenced Amir Kassaei’s decisions when he took the reigns at DDB Germany? His decision to keep you on board has proved successful!

ES> I have to admit, getting sacked was a thought in my mind. On the other hand, I guess he reckoned that I was good with my teams in Düsseldorf. People were listening to me. He saw I was passionate and maybe (I hope), he saw creative potential in me.

LBB> Which recent projects that you’ve been involved in have particularly resonated with you and why?

ES> Two of the big and well-known projects I was involved in were ‘Move-On’ and ‘The story of Bob and Linda’ which we produced for Deutsche Telekom. Deutsche Telekom is one of my key clients and I'm proud that I get the chance to be part of such big and wonderful projects time and time again.

LBB> Outside of the ad industry, who are your creative heroes and why?

ES> I have a problem with the term ‘hero’ when it comes to advertising. We will never cure cancer and we will never hold humans back from killing each other. Heroes to me are people who dedicate their life to more important things. Still there are many fantastic, inspiring and extremely smart people that I met along the way. If you have ever the chance to talk to somebody like Keith Reinhard, you'll know what I mean.

LBB> And how do you keep your creative juices flowing in your free time?

ES> I collect vinyl and I still try to run, skate or play tennis. But what I probably love the most is to travel.