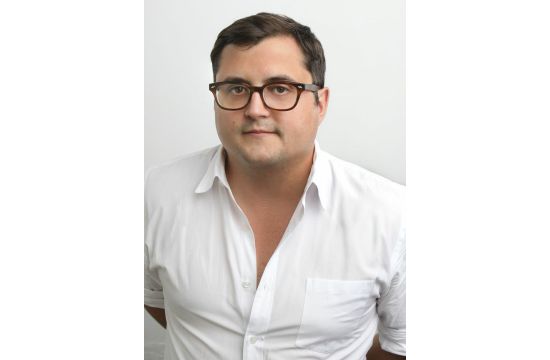 Communications are in a really confusing, up-in-the-air place right now. On the one hand cute-kitten-clickbait is spreading through even traditional media outlets like a cancer, killing off the craft of journalism – and on the other, exciting new platforms are providing new avenues for creativity and challenging old power structures. And now government agencies are weighing in with the likes of PRISM, proving that communications technology is a very important playing ground. Who better to navigate the fluctuating media landscape than Colin Nagy, the executive director of media at the Barbarian Group and an International Relations obsessive? LBB’s Laura Swinton caught up with Colin to talk about the Barbarian Group’s recent Cannes Innovation Lion and the future of technology.

CN> As we’ve gotten bigger we’ve managed to retain a really unique spirit. There’s a tremendous amount of incredibly smart people – notably a lot of top-tier technologists – united by the desire to put interesting things out into the world. I also like how Barbarian is good at fostering internal projects/R&D and group-based problem solving around a brief. It gets a lot of disparate thinking styles together and the outcomes are often quite impressive.

LBB> The success of Cinder at this year’s Cannes Lions was a fantastic illustration of how the advertising and communications industries are forging a completely new and broader conception of what creativity is and can be. Innovation is one of the harder-to-define categories and Cinder was up against some other really fascinating projects. Why do you think the judges opted to award Cinder and what do you think this decision means for the future of advertising?

CN> There was a lot of interesting work in the category. I’d say that Cinder was unique in that is was open source and enabled a lot of people to do better work. It had the spirit of the Internet (at least the sharing, collaborative positive parts of it) as opposed to the spirit of zero sum business.

LBB> I’m really curious also about the evolution of Cinder from an in-house programming library to this award-winning, open-source tool. At a time when the fate of Internet freedom is looking less than certain, that decision to go open source with Cinder feels like it harks back to the early days of sharing and openness that fuelled the growth of the Internet… what motivated that decision?

CN> I really credit the team with understanding that, by putting this out to a larger community, better things would be made. And it could be pushed forward faster than if it was kept as a private initiative. Also, selfishly we want to see more beautiful, amazing work out in the world and we want more people to have the tools to do it. Sounds lovey dovey, but it’s true.

LBB> The Barbarian Group has had quite a bit of success with its relationship with Pepsi Next, for example winning the Webby Award for ‘The Extra Hour’. Why do you think this project cut above clutter?

CN> I think it was based off a very simple insight, was positioned cleanly and also leveraged a new platform that kind of operates like magic. Basically we saw that moms are often walking to-do lists, and we partnered with Task Rabbit, an SF-based start-up that is a bid/ask marketplace to get things done by vetted people. It was just a nice fit, and something that the audience and the larger media world found interesting.

LBB> How did you get into media as a career?

CN> I’ve come into this world from a slightly different angle. I was an International Relations kid and journalism obsessive that segued into PR and strategic communications at a pretty high level early on. The earned media side of the equation, and the fact of pairing the exact right message at the right time to shape things properly, has been a nice transition into how marketing is today. You’re trying to earn attention and cut through the clutter, rather than blindly buy a ton of impressions. Coming from a PR and journalism background is good preparation for that.

Then, with a good understanding of the distribution side, paired with an agency that can make magic on the Internet, the combination can be quite powerful. And it seems to be working out so far. Paid media comes back into the equation when we’re looking to further amplify or extend stuff that has been validated in social. So it is all this interesting and complimentary cycle; one that continues to evolve at an incredible pace, which I find super interesting.

LBB> What words of advice do you wish you’d received when you were starting your career?

CN> Focus on building a network by doing nice things for people. Read as much as you can possibly get your hands on. Find the right mentor, or at least someone that can impart some wisdom and has an interest in your development. Get on a plane as often as you can.

LBB> You originally studied politics and I see that’s something you still have a keen interest in. I was wondering what your thoughts were on how social media is changing the public’s relationship with government? On the one hand it looks like an amazing tool to affect change, if the Arab Spring, Anonymous and Obama Hope movements are anything to go by. And yet the recent NSA revelations and Big Data conversations that are happening have also introduced an element of paranoia and distrust to proceedings… How do you see this playing out?

CN> It’s a hugely complicated topic. But if I had to say one thing about it, it is that there is beginning to be a powerful counterbalance to traditional power structures. The sentiments, provocations and information that are shared through an increasingly connected network, the rogue agents like Wikileaks and Anonymous that are advocating for a new and radical level of transparency, the advocates able to assemble faster and more efficiently than ever before.

In terms of the PRISM disclosures, I’m really interested in what the continued public tolerance will be with things like this. Will there be social upheaval or will people just see it as a price to pay for security? It is a scary topic, and one only has to go back and read some Orwell to see how this could all play out if it goes the wrong way.

LBB> In terms of emerging platforms, what do you think the next big thing will be?

CN> Hard to say. Consumer-facing apps are getting really cluttered and I haven’t seen any mind bending ideas in a while.

Line is my favorite thing right now and it is just a simplification of instant messaging and Skype with some crazy Japanese vibes thrown in as well. Nothing world changing. Just an app that is remarkably well-executed and fun to use.

LBB> Do you think micro video platforms like Vine and Instagram video are here to stay? Are there any brands or agencies who are getting it right?

CN> Lowe’s Home Improvement Vines were one of my favourite things last year. I believe that was BBDO with the photographer/filmmaker Meagan Cignoli. A simple idea, very well executed.

A side note: I don’t like the inclusion of video into Instagram. It seems like a me-too move and I find it annoying and disruptive. And I can just see the auto-play video ads coming. Shudder.

LBB> You’ve worked with media brands like The Daily Beast, CNN, Mashable and the Guardian and you also work in the earned media sphere. From this experience, if a media outlet is to survive and thrive in today’s climate, what are the keys to this?

CN> Avoid the temptation of the race-to-the-bottom, anti-intellectual page view bait that seems to be a very common trend right now. Though the focus groups and the
dashboard analytics might not be immediately showing it, quality always wins out. Look at work and effort that goes into making an issue of the New Yorker or Monocle. It is real work that takes real time across a ton of disciplines, and you can really feel it. Cutting corners and doing dumb slideshows will eat you alive in the end.

LBB> Which technological developments are getting you particularly excited right now and why?

CN> I’m hugely inspired by what the Tesla folks are doing – the recent Bloomberg
Businessweek profile is a must-read. Also: sub-orbital flight is a dream. You can go to Sydney for a meeting and make it back for dinner. That would be a dream.