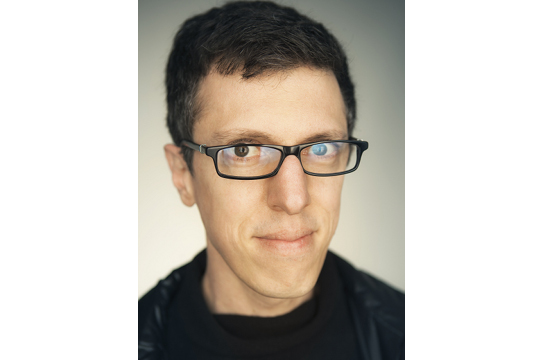 Christian Haas. It’s one of those names that keeps cropping up on advertising power lists thanks to his work on the likes of Google, YouTube, Sprint and GE. So when we heard that Haas and Nancy Reyes were spearheading Goody Silverstein & Partners’ intriguing journey to the east it seemed the perfect time to interview the man who has been in and out of ad agencies since he was four.  Having been with the agency since 2006, it looks like the San Francisco start-up mentality has rubbed off on Haas – rather than rest on GSP’s heritage and reputation, he’s determined that the New York outpost will be a lean and hungry affair. But then it’s not Haas’ first time opening a new shop – in his native Brazil he founded interactive agency Vizio which he then sold to Organic.  LBB’s Laura Swinton caught up with Haas to talk New York, new opportunities and food photography.

LBB> Why was it the right time for GSP to mount an East Coast invasion? How have you found the experience of transplanting GSP’s San Francisco vibe to New York’s ad scene?

CH> The idea came about because Nancy [Reyes, associate partner and MD] and I wanted to move to NYC. Opening here gave us the opportunity to tap into an amazing talent pool that we didn’t have access to before. And to eat better bagels.

Nancy and I have been with GSP for a long time. We wanted to bring the agency’s culture with us. The importance we put on producing great work, our curiosity for innovation and our attention to craft are things we wanted this office to inherit. But it would have been silly to open a carbon copy of GSP SF here, and we wanted to take advantage of what NYC has to offer. Our clients and, most importantly, the people we hire here will define who we are. We are a start-up; everyone is contributing to our future every day, through every long night.

LBB> And how have you found the move personally?

CH> I drove all the way across the country with my dog (my wife used more advanced methods of transportation). I thought I was going to be bored to death inside a car for six days, but looking back at it, I had a great time. It’s amazing to see how the landscape changes as you drive east, and my dog was a great co-pilot.

New York is an amazing city; there’s always something to do. We live in Chelsea, surrounded by over 600 art galleries, and it’s hard to beat that. I also love how easy it is to get around town—I never realized how much I’d enjoy not having a car. My favorite thing to do is walk around all day. I’ll probably change my mind when temperatures reach 110°F.

LBB> It turns out you’re a bit of a foodie. I've been rooting around your No Salad as a Meal blog. Are you keeping the blog going now that you’re in New York?

CH> I’m a retired blogger. The site is still up, and people still send me e-mails about it, but I haven’t updated it in over two years. I started No Salad so I had a place to point my friends to when they asked me where to eat in SF. It got bigger and bigger, and I started to produce photo essays for the SF Chronicle. Soon enough, it turned into another job—a job I wasn’t looking for. But I think the main reason I stopped was because I noticed that everyone became obsessed with taking pictures of their meals, as if a plate of tuna tartare was as photo-worthy as Lindsay Lohan with a black eye. I realized how ridiculous that was and decided to find a better use for my camera.

LBB> We usually ask how you got into advertising, but legend has it that as a child you used to go into work with your mum, who worked in the industry. What are your memories of this? Where did your mum work, and what was it, do you think, that caught your imagination?

CH> My first venture into advertising was at age four when my mum brought me to the agency with her, but it was a few years later when I really got into the business. My family moved to the suburbs, but I kept going to school in the city. The commute back home was too long, so, every afternoon after classes, I took the bus to Almap (which later became BBDO), where I spent the rest of the day hanging out in my mum’s office. I’d kill time watching commercial reels and browsing tons of magazines that publishers sent her every week—one of the perks of being in advertising back then. It was then that I started my first business. I spent the afternoons running around with scissors in hand, cutting logos from surf magazines and making adhesives with contact sheets to sell in school. One day, a not-so-responsible art director gave me an X-Acto knife, and from that moment on, I started running around with a much sharper object in hand. Every day during the school break, I’d drag a small desk to the patio and set up shop. It didn’t take long until I had branched out to tuna sandwiches and popsicles, both homemade and both pretty bad, but the other students didn’t seem to mind. For a nine-year-old, advertising was paying off big time.

LBB> Though you are now in North America, you spent many years working in the Brazilian ad industry. It seems like the next few years are going to be very exciting for Brazil, with the World Cup and Olympics. Do you still keep in touch with the comings and goings of the Brazilian industry? If so, what do you expect to see from the local industry as the world turns its attention on the country?

CH> Brazil is going through massive change. The last time something of this scale happened was when the country was liberated from military dictatorship in the early 1980s. I was ten years old when that happened and remember going into the streets with my mum to protest for open elections. It was amazing to see an entire country rally behind something. I haven’t been much in touch with the Brazilian ad industry since I left 11 years ago, but I have good friends who still work there, and I also have great respect for the local talent. The tough socioeconomic environment Brazilians grew up in made them very quick on their feet. Brazilians are great at improvising and adapting in real time. That’s where a lot of the creativity comes from. I’m sure we will see some amazing work from under the World Cup spotlight.

LBB> At one point you worked as an editor at a film-production company. What, if anything, did you learn from this discipline that perhaps you’ve brought to your work as a creative?

CH> I love the editing process. I started before Avid was around, when films were cut on Moviolas with a knife and tape. You had to think a lot about where to cut before slicing the film—they didn’t make ‘Undo buttons’ back then. As a result, you trained yourself to see the edits in your mind. Editing can make or break any story. A good editor will turn a film into magic, sometimes with just a few extra frames. Editing is also the art of simplifying. I learned a lot that time.

LBB> Are there any recent pieces of work that have particularly resonated with you?

CH> I really enjoyed all the work that won at Cannes this year: ‘Dumb Ways to Die’, ‘Beauty Inside’, etc. One of my favourite ones was the organ-donation campaign that won in Promo & Activation. A simple idea based on a brilliant insight.

CH> Life of a start-up. A lot of bagels and a lot of long nights.