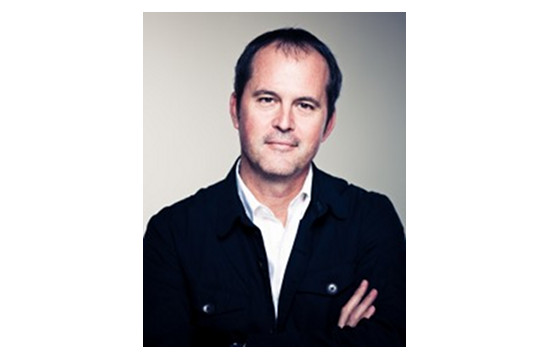 The LA advertising invasion continues, but while start-ups and studios are drawn to the charms of Venice Beach, Chris Graves is someone who has long been turned on to the creative potential of the city. He’s been at Team One in Los Angeles for ten years now, and before that TBWA\Chiat\Day. These days the native Southern Californian can be found bringing his surfer outlook to the Worldwide Creative Board of Saatchi & Saatchi. Laura Swinton caught up with Chris to find out more.

LBB> You’ve been at Team One for ten years – what is it about the agency that has kept you there for so long?

CG> This is an industry that demands constant evolution and reinvention. So in one sense, because we’re constantly working to keep ahead of the massive transformations in our business, we don’t stand still long enough to feel like the “same old” agency. That’s never been truer than the last few years. I love the challenge of taking an agency of this scale, and finding ways to constantly make it more nimble, flexible and adaptive. As an organization, we’ve made a point of creating timeless core values and principles that are intentionally designed to allow the way we work to continue to evolve. And the greatest benefit is that along the way, the talent you hire to accomplish these goals are naturally restless, curious and entrepreneurial. They’re the kind of wild-eyed optimists that make the culture click, and that you want to work beside every day.

LBB> Team One reached #12 in Ad Age’s Best Places to Work 2012. How do you, as CCO, create a positive workplace and nurture creativity?

CG> The most important thing I can do is to create an environment that encourages creativity. Our success depends on our ability to come up with business-changing ideas. So we constantly look for ways to foster an agency-wide culture of creativity, and not just within the creative department. We look to fill the building with creative problem solvers, regardless of what title is on their business cards. And we continue to incentivize them to think and act this way. From programs like our annual “Launch an Idea” competition, to internal Collaboration awards, to showcasing our team’s own work in our in-house art gallery. We try to hire the right people, inspire them, give them the right tools, and then get out of their way. We also believe in giving them as much responsibility as they can handle, regardless of their experience level. It’s rewarding to watch people rise to the occasion when given the chance.

LBB> We particularly love the recent work for FocusDriven - simple yet powerful images that really get you in the gut. What was the development process like and how long did it take the team to reach that ‘sweet spot’? 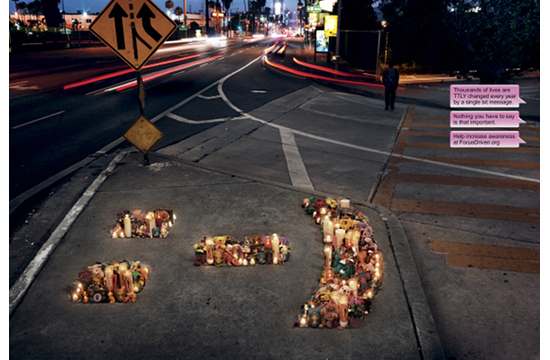 CG> This was definitely a passion project for the whole team.  Given that the typical teenage driver is pretty resistant to safety messages, we knew it would require something a little bolder than usual. Personally, my oldest son recently turned 17, and the idea of him texting and driving terrifies me. We’re all guilty of it, and more and more people know someone who’s been a victim of distracted driving. So, here was a chance to try and make a difference. When an assignment is so emotionally charged and personally relevant, it usually doesn’t take quite as long to arrive at a solution. The team found a way to get a truly emotional response in a medium (print) that is typically a bit rational. As a company we encourage all of our people to get involved at some level with a cause they feel passionate about.

LBB> From an outsider’s POV, it looks like LA is undergoing something of a creative revolution at the moment, with lots of interesting agencies, production houses etc. setting up, especially in Venice Beach. Do you think this has had a noticeable effect on the local industry? If so, what?

CG> There’s always been a huge creative community in LA. It’s a city that’s been fueled in large part by the worlds of film, music, art and entertainment. But now throw industries like digital, gaming and technology into the mix, and you’re seeing an unprecedented convergence of creative energy. I’ve read that one in every six people in LA is employed in the creative field. So you could definitely make the case that we’re the content capital of the world. As an agency, we are benefitting from the fact that the best creative talent now has LA on their radar. We’re able to draw people from not just around the country, but from around the world. And as the talent gets better, so does the work. Now we’re seeing a renewed sense of pride in LA’s creative community as a whole.

LBB> You’ve got a lot of experience in the automotive category – particularly with Lexus. What are the key creative challenges currently facing creatives working in this area?

CG> One challenge for any creative in this category is that the quality of the products, from top to bottom, has never been better. Sophisticated engineering and technology have made their way into nearly every vehicle at every level. As a result, you don’t have as many clear product differences as you might have had in the past. So it gets harder and harder to find distinct product advantages to talk about, putting a greater pressure on marketing to create differentiation. Automotive brands, and their agencies, have never had to work harder to separate from the pack.

LBB> How did you first get into advertising? Was it something you intended to do or did you fall into it?

CG> I definitely fall into the “stumbled into it” category. As a young kid I remember always having an odd fascination with advertising, especially the really, really bad stuff. I remember being as glued to the commercial breaks as I was to my favorite shows, but had no awareness of it as a career. Along the way I became very interested in art and design, but didn’t take them too seriously as a profession (or was that my mother?). I was in college and well on my way to becoming a mediocre lawyer before learning about someone called an “Art Director”. On a recommendation from a friend, I made a visit to the Art Center in Pasadena and it all just clicked from there.

LBB> What advice do you wish you had received when starting out in advertising?

CG> I think when I was starting out, I might have actually suffered from too much advice. Ultimately you have to develop your own instincts. And then learn to trust them.

LBB> Are awards important to you? If so, why? If not, why not?

CG> They’re still an official “measuring stick” for the creative community, which makes them difficult to ignore. But far more important is real world success. Actually using creativity to move people to think and act differently about your brand or product. We’re far more excited about work that was not only wildly creative, but wildly effective as well.

LBB> I hear you’re something of a dog person… Somewhat off topic, but as a fellow dog lover, just wondering what you get out of being surrounded by canines.

CG> 1) No judgment.
2) They listen to you. Or at least pretend to.
3) They’re cuddlier than snakes, which I also like

LBB> Which recent projects have particularly resonated with you or excited you?

CG> Any project that comes with no roadmap attached. Where there’s no existing pattern or obvious solution to fall back on. For a long time we could categorize our assignments pretty easily: TV spots, print ads, web banners, etc., and with practice and repetition, you could get pretty good at them. But that familiarity can also breed a touch of complacency if you’re not careful. The projects we get excited about now are much more varied and open-ended. We’re developing solutions using every tool in the box, from broadband web channels to video content to patented technology, and everything in between. And along the way we get the chance to collaborate with a much more interesting variety of smart brains, which keeps it interesting to say the least. With all these new tools to work with, we’re not only better equipped to solve challenging business problems, but we’re able to do it in ways that break new creative ground.