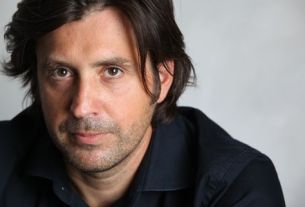 When Adrian Botan first started out in advertising, he felt like he was betraying his one true calling, architecture. But the social nature of the creative department, the constant and varied stimulation and the sense of instant gratification meant that guilt soon transformed into enthusiasm. Now a Global ECD at McCann Worldgroup, Adrian sees it as his role to spread that enthusiasm and passion.

In 2011, his agency McCann Bucharest became the first to bring a Cannes Grand Prix to Central and Eastern Europe. In fact, he brought two back to the office, that year’s Direct AND Promo & Activation Grands Prix for the audacious campaign for Romanian chocolate brand ROM. The idea was groundbreaking, and symptomatic of the drive, hunger and sheer ingenuity of the so-called ‘New Europe’ block of former Communist countries. In the ‘90s, they were racing to catch up with the West and now their lack of baggage and innate inventiveness means that the more established ad markets are having to learn from them.

LBB’s Laura Swinton caught up with Adrian to find out what makes him tick.

LBB> You’re Global ECD at McCann Worldgroup for Nestlé and Mastercard and you also have a very prominent role within Europe – how do you juggle these responsibilities?

AB> I’ve been doing the Global ECD role for about two years, for Nestlé and Mastercard Europe. A lot of my clients are based in Europe, it involves a lot of flying but my base is in London. Nestlé is in Switzerland, everything is a few hours flight away so it’s manageable. In terms of juggling with those responsibilities, the easiest is probably to do the European role because it’s about being a cheerleader for the creative community and to aggregate the community, as well as changing the culture.

LBB> What are your goals for the culture at McCann and what would you like to see it become?

AB> First I think this business is very simple; when it’s driven by culture and culture is good, agencies can become successful. So I’m trying to create a culture of makers, doing stuff quickly, trying things out.

That’s what I’m bringing from my home market, Romania. That’s what you learn in emerging markets; to be resourceful, to try stuff, to learn and fail. It’s not something you usually see in big markets and big clients, so I’m trying to rock the boat a bit when it comes to the client - test more, learn more, fail more.

LBB> Speaking to colleagues from Romania, it sounds like because there’s that feeling that there’s a real hunger and ambition – which you proved by being the first creative director to bring a Cannes Grand Prix to Central and Eastern Europe! How is that attitude helping you navigate the industry as it is now?

AB> Look at what has happened in the last 15 years with the way that marketing and communications are going – things are changing faster than ever.

My background is architecture, and I always liked the conceptual nature of advertising as well as the instant gratification. But it always felt a bit boxed in by the two dimensional nature of print or radio or film. They are mediums that don’t offer you much leeway or space to play. When this started to explode, it felt liberating. It felt like suddenly living in a 3D world which is amplified by technology.

I always wanted to offer experiences, which is what architecture is all about. You offer an experience of the space, you have to think about the person who is living with your product. And I think that’s what's happening more and more right now – if you look at our campaigns I think they are very experiential, they’re very engaging. We’re playing with everything because the boundaries are blurring.

LBB> So you trained as an architect… how did you get into advertising?

AB> It’s always an accident! I think for the first two years I felt like I was betraying architecture. I told myself I’d do it as a temporary job, but then I started to really like it! This is a very social job. I started to work in advertising toward the end of university and moving from university to an ad agency… it was the same. We were working nights, we were having lots of fun with a group of people. One of the most important things for me is that it’s social and you get to work in a team.

LBB> And talking about the blurring of boundaries, how is that happening at McCann?

AB> There’s a lot of siloed thinking, even today. I did it with our agency back in Bucharest – there’s no barrier between digital and experiential and what we call traditional advertising. People lean in to an idea. The more they love an idea, the more they jump in.

What McCann London has done with the Survival Billboard campaign is a testament to this kind of thinking. They broke the siloes and barriers down within the agency and Craft is almost a leader for us in the campaign. If you have a strong idea, it becomes the organising principle of the team and the media strategy. If you look at Survival Billboard, it’s a great example of how teams fall into place to deliver the idea, and then you get the integration. You don’t even talk about it. That’s the way the idea works.

We’re doing that on clients like Nespresso and we’re seeing markets like France, London and even people from the US collaborating. We saw that in the last campaign that aired last year, the one with Jack Black and George Clooney. That’s a collaboration between the London team, the Paris team and I was also involved in it. It’s a great example of working without barriers. You can jump on the Eurostar and you’re in Paris in two hours, then you brief them and go home and see your kids. Not for long but to kiss them goodnight!

AB> The brands we work on are very diverse. We are working mainly on Nesquik and Coffee Maid, which are multi-market brands. They are huge brands and we are developing content platforms for them. We came up with a bigger brand idea and we are seeing markets tapping into that idea naturally. As I mentioned, the idea is an organising principle and themes emerge from that. We were workshopping a lot together and I hope we can do that more. That’s the challenge, when you have the US, Mexico, Germany, France and Italy in the same room and you see them building ideas – and stealing ideas from one another! That’s the most important thing – that they feel comfortable to share.

LBB> As a creative leader, do you think advertising is still an appealing prospect for young people?

AB> I think it’s amazing. If you’re not a coder or a geek you might think you want to go and work for Facebook or Google, but if you are a whole-brain type with artistic abilities but also the capability to understand technology, I really do think that this is the best place to be. It means you are playing with everything. You are in between innovation and technology and communication and art and then you get to drive culture and change how people think and behave. It’s an amazing job. I have a seven-year-old who says she wants to be an architect, but we’ll see what happens!

LBB> Outside of advertising, what inspires you?

AB> I think you get more inspiration in art, and if you look at what’s being done right now in advertising, there are artists who have been doing this for years, performance art. I love Maurizo Catellan, and of course I love what Banksy does. It’s amazing how you can play with the culture, manipulate people’s perceptions about things. There’s a lot we can learn from art.

LBB> McCann had a really successful year at Cannes this year – which pieces from the network have particularly resonated with you?

AB> Survival Billboard is one of my favourite pieces from McCann this year. There’s also one small campaign from Prague for a health food retailer, Nas Grunt, that’s actually a piece of product innovation. They created honey from various products to prove that there’s a lot of sugar in stuff that you don’t realise contains sugar. They have created a hamburger honey, ketchup honey. It’s really outrageous and I like the tone of it. It was made for a country that has a huge diabetes problem.

For McCann globally, I also loved the Fieldtrip to Mars, the VR school bus. It’s an experience that has been really enhanced by technology!