5 Marketing Tips On How to Launch The Sex Pistols

INFLUENCER: Ruth Simmons on what marketers could learn from the original London punk eyewitness 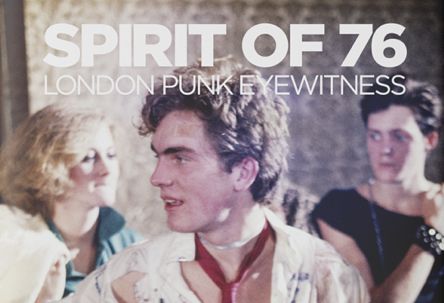 Our innovation wizard (and secret weapon) John Ingham had been working with me for two years before his secret was revealed: in 1976 he conducted the Sex Pistols’ first interview and spent the year championing the birth of Punk Rock. He also took a camera with him and photographed what is the only colour record of The Clash and other bands in their first months of existence. Those photos, and John’s recollections, have now been published in a handsome book, ‘Spirit Of 76: London Punk Eyewitness’. If you have any interest in the era I recommend you get a copy: the images capture both the bands and the fans very well.

John was writing for the weekly music paper Sounds and saw the Pistols very early at a strip club in Soho! When he realised the effect his interview had in creating awareness of the band, he decided to write about them as a marketing campaign. His strategies don’t sound very different from today.

1. Spot A Trend – In 2017 getting and holding someone’s attention is the hardest thing of all. It was no different 40 years ago. When people he met kept asking how “his” band The Sex Pistols were doing, he realised their impact was far exceeding the number of times they had been in the press. He decided to write about them as the beginning of a new movement, and write about it in a way that sounded incredibly exciting to a 15 or 16-year-old rock fan.

2. Have A USP – Every campaign needs a memorable USP. In Johnny Rotten the Sex Pistols had something unique. Charismatic and photogenic in his own way, Johnny gave Punk a centre and a spokesman.

3. Spread The Word – Making content “go viral” in 1976 was just as important as it is now. The Sex Pistols and The Clash regularly played all over the country. John wrote about it on a regular basis and the curious came to see it. Those who liked what they witnessed told their friends. And slowly the audience got bigger.

4. Make It Look Bigger Than It Is – One of manager Malcolm McLaren’s best ideas was to have fans appear with the Pistols when they were doing national media. So that it looked like a movement, not an isolated band wearing funny clothes and haircuts.

5. The Value of TV – On the eve of their first national tour The Sex Pistols appeared on the equivalent of The One Show. Both they and the host had been drinking; in two minutes there was enough swearing on live TV that next morning it made the cover of every newspaper. Instantly Punk went from a semi-private party to national menace. It was the tipping point.

We get so hung up on social media and how you use digital to go viral. It seems to me that at the end of the day, there is not much difference between Instagram and Facebook and telling your friends and tastemakers face to face….

It seems John Ingham is still using the old, tried and tested ways to promote. He spent a week in NY doing the rounds with radio interviews and book launch parties. Last week, another launch party – how can you squeeze 60 people into a room that takes 20? And disappeared to be interviewed by the Evening Standard, Vice, Dazed and GQ. And not a tweet could be heard anywhere.