5 Lessons from the Oscars: Inspo for Award Winning Youth Marketing

The Influencers 48 Add to collection 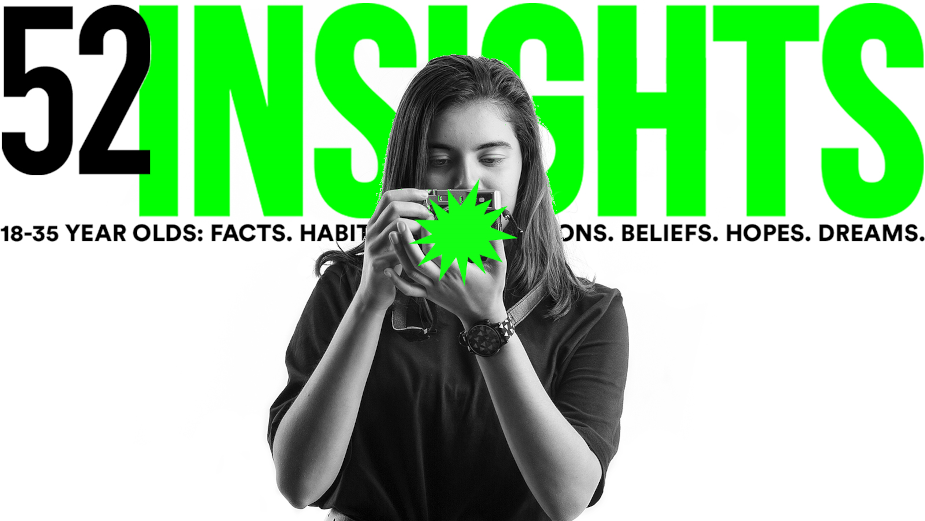 What youth marketing lessons can we take from 2022’s Oscar celebrity glam and pop culture drama?

Lesson one: Channel the drama right

ICYMI there was a violent exchange between Will Smith and Chris Rock, resulting in global media coverage and viral debate. The ceremony had seen a steep decline in viewership, down 80% since it’s all-time peak in 1998, but as the night played on there was a spike in interest, specifically in actor Will Smith. The conflict itself was charged - some applauded Smith for defending his wife following a highly inappropriate joke, while others deemed the aggression inexcusable. It brought up points on racial dynamics and the insensitivity to Jada’s alopecia. From the meme-able slap itself to the glamourous Hollywood backdrop, the drama and subsequent debate made the Oscars feel more relevant for the first time in years. For others it was a chance to jump in on globally trending discourse with parodies, reasons to not participate, or reactions to reactions. As a result of the unsolicited ‘hot takes’ and fretted debate, some referred to the post-event online analysis as the worst day of the internet yet. Tech writer Charlie Warzel wrote about the high speed reactions side of the internet and the temptation to take part in these dramatic moments: “Raising awareness and pushing back or calling others out might be righteous at times, but it also means generating engagement for yourself or your cause and the thing you dislike. There’s a constant risk/reward calculus we’re asked to make before posting, and the problem is that the deck is stacked against us.”

Brand takeout:  While it may be tempting to respond rapidly and get creative teams working to optimise on the attention (shoehorn your brand into a meme moment) - it isn’t always appropriate. It can be damaging and come across as ignorant - like fast fashion brand Fashion Nova’s low brow sales tactic with ‘slapped’ prices. When the drama comes with a darker or nuanced edge it’s better to reflect on your role and objectives before writing that creative brief.

There are also clever ways you can subvert drama to draw attention to stories that are unrelated but deserve more cultural airtime. For example, author Anand Giridharadas used the drama to draw attention to the latest IPCC report on climate mitigation and adaptation, reportedly driving over 450k clicks.  Academic Dr. William Lopez composed an opportunistic thread colour matching Oscar gowns worn by celebrities to graphs about public health.

Lady Gaga taught a lesson in facilitating and honouring older people with class, when she took the Oscars stage with Liza Minnelli. The mics picked up Gaga’s reassuring “I gotcha,” which got everyone talking about how touching the moment was (watch here). Gaga also sang to Minnelli, who said, “I’m so happy to be here, and especially with you! I’m your biggest fan.” From an award perspective, Disney's Encanto won best animated feature. The popular story tells a multigenerational tale about a grandmother and her family endowed with magic gifts. It touches on themes of intergenerational trauma and catharsis, which hit a nerve with audiences across the globe. We loved this take by @DerrickLemos via Twitter: “Between Coco, Encanto, Everything Everywhere All At Once, and Turning Red, Millennial filmmakers are slowly creating an entire genre of fantasy films where parents apologise.”

Brand Takeout: Brand collaborations with older icons of influence aren’t new (see H&M new Iris Apfel range, or Missguided’s old Baddie Winkle campaign), yet seeing older people in marketing and advertising generally today is unique. A great recent example we loved is Airbnb’s Bonnie and Clyde which features snaps from an older couple, married for 57 years, on holiday together to the backdrop of Jay-Z and Beyoncé’s track - this works for audiences young and old. Gaga’s class-act also reminds us of the importance of empathy and reassurance. For brands that can, communicating safety and security benefits is increasingly important in a world in-flux.

A big conversation every year before the Oscars is always from actors’ fans wishing them an award win and channelling good luck their way. This year was no different. The manifestation trend, which is an idea that has been adopted by gen z, went big in particular for Kirsten Stewart fans who were dedicated to visualising a win for Stewart in her role as Princess Dianna. Another manifestation moment from the Oscars was Julia Fox’s interview with Vanity Fair from the red carpet. Asked about her upcoming book, Fox spoke dreams into reality. While she wasn’t completely set on the narrative or direction, she was confident in her vision that the book would be a masterpiece. The segment is quickly becoming another meme moment. Julia’s confidence in her work is to be admired, talking about her work in the way she wants to be realised and perceived.

Brand takeout: Brands don’t always have the luxury of manifesting- there is a need to commit internally when there is a desire to achieve. This starts with education, alignment and agreement on key visions, (short term & long term) goals and actions. However, spending time engaging in visionary exercises is an important part of getting where you want to be!

“Realising corporate ambitions doesn’t just come from blind manifestation. It starts with commitment to change and then a roadmap to delivering that change. To succeed with future-proofing and connecting with a new generation of adult drinkers, our team is engaging in a series of webinars and workshops with The Youth Lab to better understand the evolving needs and aspirations of young adults, challenge internal blind spots, and create excitement about how to engage with relevance. Call it corporate manifestation, with serious depth and credibility!” Ronald Lupták, marketing strategy director CEE, Molson Coors Beverage Company

Lesson four: Use your voice

Presenting platforms at big award shows like the Oscars are no strangers to activist narratives. Important topics such as the intersection of race and class, and the gender pay gap were highlighted in different ways. Host Amy Schumer used her platform as an introductory host to mock pay gap disparity, remarking that hiring three female actors as host is cheaper than hiring one male (notably it was the first time the Oscars was ever hosted by three women, and the award for best director went to a woman for only the third time). The hosts also made very clear what they thought about Florida’s ‘Don’t Say Gay’ bill. Elsewhere, academic & writer Emma Dabiri highlighted the problem of ‘representation politics’ on Instagram, citing the picket of Jay-Z’s Oscar party by a Labor Union. ​​Black protestors were alleging racial discrimination and sexual misconduct in their workplace (the venue of the event - Chateaux Marmont) - Dabiri highlights how they were ignored by “activist” celebrities who “crossed the picket to party with their billionaire friends. This is a stark example of how “representation politics” distract from truly emancipatory ones and the fact that the “anti racist” world so oft referenced since 2020 will not be achieved without class analysis no matter how many black films Hollywood makes.”

Brand takeout: Events that have the attention of the world's media are ripe for protest. Change can happen in many different ways - a well considered joke can break through glamour and point to the realities of our shared world. Subverting expectations for poise and perfection in favour of real-talk is one way to highlight progress. Being opportunistic and using big platforms or moments (perhaps like festivals) as a way to engage people with something unexpected can cut through to new audiences when done right.

Class can often be overlooked in brand diversity and inclusion conversations. The intersection of issues is becoming more evident to younger generations calling for more just corporate practices.

There were big wins for demographics often overlooked, and long overdue recognition for new perspectives. The success of the film CODA at the Oscars made for a historic moment for the deaf community. It was the first time a male deaf actor won an Oscar. It was also the first film with a predominantly deaf cast to win the best picture Oscar, as well as the first streaming film (Apple TV) and only the third film directed by a woman to win. Movies like this offering an informed, empathetic and well-rounded view of this experience are not common.

“What doesn't happen all the time? Women being nominated, much less winning, best director.” @BettyBowers

It was a momentous occasion for women, with director Jane Campion becoming the third female film-maker ever (and second in a row) to win best director in the awards’ 94-year history. An even more significant moment was Ariana DeBose’s best supporting actress win, making her the first openly queer woman of colour to take home an acting Oscar. She acknowledged the moment by saying “to anybody who has ever questioned your identity or find yourself living in the grey spaces, I promise you this: there is indeed a place for us.”

Brand takeout:  Don’t fear ‘limitations’. Often the lens of limitation is the wrong perspective to approach things from. Creativity can thrive where certain barriers help to reveal new stories and opportunities. Looking at a challenge from the perspective of different audiences or communities in ‘grey spaces’ can help to unlock valuable insight and strategy. Representation is hugely important in creative work and new perspectives are winning views. 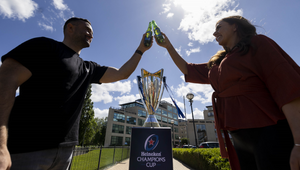 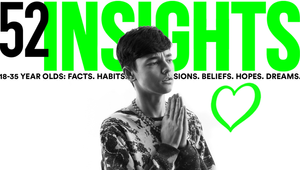 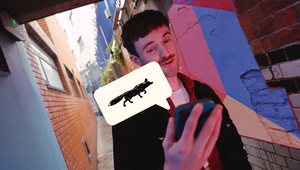