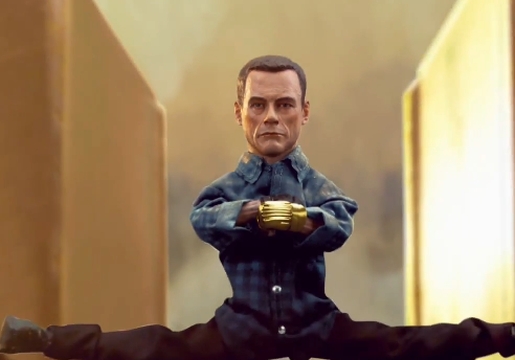 In 2012, D&AD commemorated the fiftieth anniversary of its annual design and advertising awards. It was a celebratory year for Lobo as well, for it marked the beginning of a creative partnership with the venerable organization – a feat that, as big fans of D&AD since the student days, could only dream of achieving when Lobo started out.

In fact, those dreams started coming true back in 2011, when Lobo won its first Yellow Pencil for the Cartoon Network promo “Toy Soldier” – the first time a Latin American design & animation studio won this coveted award.

Today, Lobo presents its most exciting collaboration with D&AD to date. Wish You Were Here? is a short film that offers an alternate, off-kilter and somewhat belated anniversary tribute to the institution, summing up in an unusual way many highlights from over five decades of Pencil winners. Memorable pieces of design and electronic and print advertising are interwoven in a surreal, dreamlike sequence that follows no rational rule – chronological, stylistic or otherwise – but for the mysterious one that’s in charge of the unpredictable, free-associative and more often than not fallible memory.

The title ties the two purposes of the film together: in addition to a retrospective of sorts, it’s also part of a broader Call for Entries campaign aimed at generating awareness and excitement around the 2015 D&AD Professional Awards. Wish You Were Here? is an invitation and a challenge for professionals to try and make their work a part of this history.

To create this film Lobo was granted complete freedom – no fixed briefing or requirements other than that it should bring into focus the history of the festival. For that purpose the creative team was given full access to D&AD’s massive archive, and started the demanding but infinitely pleasurable task of sifting through thousands of outstanding examples of creativity in design and art direction. The choices were dictated in equal parts by the historic importance of the pieces and Lobo's own personal taste, while also trying to strike a balance between old and new, popular and more obscure work. Another principle guiding the selection was to contemplate a variety of visual techniques and styles: live action, still photography, 2D, 3D and stop motion animation, among others. This diversification was important for the creative process Lobo was about to hop on once it had the compilation ready.

The company didn’t want to simply create a collage of pieces in a “retrospective reel” fashion. The goal was to offer a creative reinterpretation of the Awards’ heritage, scrambling the material into something completely new and at the same time reminiscent of the original ads. Therefore not a single reference can be found in its original form: the idea was to swap techniques, characters and narratives between the pieces, all the while keeping a coherent visual identity throughout, since D&AD is notorious for its strong brand integrity.

This creative method was extremely fun, and yielded moments like this: the Old Spice Man being played by a Nintendo Mii character in 3D animation holding a Sony Bravia bunny in one hand instead of a deodorant can. The bunny then jumps onto the next scene, and so on… This is the logic that guided the storytelling, with elements from a scene “trespassing” onto the next, creating a flowing sense of forward motion across a series of absurd and humorous situations that, though irreverent, never feel derogatory to the original material – after all, this is a homage, not a parody. And with more than 20 different references packed in about one minute of video, it’s also a treat and a challenge both to newbies and connoisseurs of design and advertising alike.

The same cutup logic was also applied to the film’s soundtrack. Lobo took the original songs and themes and reinterpreted them using different instruments, arrangements and rhythms, sequencing them together while keeping a regular beat.

Wish You Were Here? will receive global exposure, featuring on D&AD’s website and as an opening piece at the next Awards ceremony. All the while, the partnership moves on, with Lobo participating as a Mentor in D&AD’s brand new Next Director Award, which aims to discover and showcase the next generation of talented directors from around the world.