4VE Invites You to Discover England in 4K Resolution 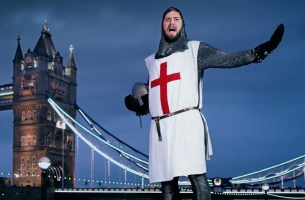 VisitEngland today launches ‘Discover Your England’, a TV campaign to raise the profile of holiday destinations across the country in 2015, the year of the Rugby World Cup.

Shot in 4K, the commercial shows off England in detail never seen before. Directed by Rich Thrift from Channel 5 Creative and art directed by Gary Marjoram, the ad is based on the unofficial English national anthem ‘Jerusalem’ - synonymous with English rugby.

Alongside its unique performance of ‘Jerusalem’, the ad also features iconic attractions and landscapes from across the country, including Hadrian’s Wall, The Tyne Bridge, Brighton Pier, the Yorkshire Dales, Bath’s Royal Crescent, Tower Bridge and Twickenham.

The ad will air for the first time on Channel 5 with Big Brother at 9.30pm, ITV, SKY and Sky Sports1 this Sunday 11 January and during Broadchurch at 9.30, Monday 12th Jan.