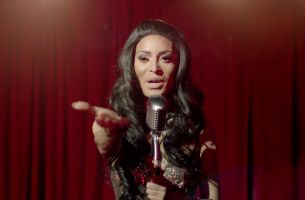 The True Colour TV trail features Asifa Lahore, Britain’s first out and proud Muslim drag queen and star of the C4 documentary Muslim Drag Queens, performing the song True Colours on stage in an empty theatre. Originally recorded by electropop band Studio Killers, this version was recorded by Asifa especially for the ad.

The song then provides the sound track for a montage of clips from a host of Channel 4 shows and Film4 productions that showcase diversity in all its forms. The trail ends “Channel 4 was set up to provide an alternative voice and reflect Britain in all its diversity. True Colour TV.”

Clips from hit shows such as Empire, Indian Summers and The Last Leg appear in the trail, whilst Oscar-nominated film Carol and footage of Paralympians in action also feature.

Dan Brooke, Channel 4’s Chief Marketing and Communications Officer, said: “Channel 4 holds a mirror up to Britain and reflects it in all its glory. We wanted to create a promo that celebrates that diversity in all its true colours.”

In January, Channel 4 announced that 2016 will be the broadcaster’s Year of Disability and reaffirmed its commitments to the 360° Diversity Charter. The Charter puts diversity at the heart of all decision making at Channel 4, across all activities on and off-screen, at every level and with all external partners and independent producers.

The ad will air throughout February and the full version can be viewed on Channel 4’s YouTube channel: