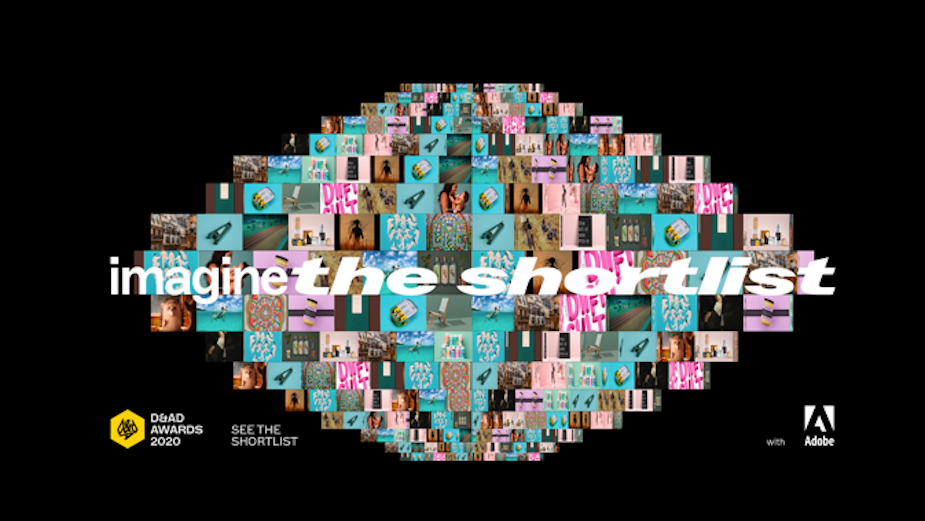 D&AD today announce the Shortlisted Entries for an additional 13 categories, resulting from the third stage of D&AD Awards judging. The additional categories announced today follow 21 categories already announced over the previous two weeks following the first and second stage of Awards judging. The news follows the organisation’s recent announcement to continue their prestigious annual Awards programme despite disruptions caused by the global coronavirus outbreak. Entrants across these categories will have to wait until 9th and 16th June to find out whether they have won a Pencil, which will be announced digitally across the D&AD website and social channels.
Across these categories, the top ranking countries by number of Shortlisted Entries are:
United States - 122 Entries
United Kingdom - 81 Entries
Brazil - 28 Entries
Japan and France - 24 Entries each
The top five ranking companies for these categories, by number of Shortlisted Entries are:
Dentsu Inc. - 16 Entries
Apple - 15 Entries
Africa and McCann New York - 9 Entries each
TBWA\Paris - 8 Entries
The total number of Entries shortlisted in each category are:
Art Direction - 33 Entries
Branding - 64 Entries
Digital - 65 Entries
Digital Design - 24 Entries
Direct - 49 Entries
Entertainment - 28 Entries
Experiential - 32 Entries
Illustration - 29 Entries
Next Illustrator - 2 Entries
Photography - 12 Entries
PR - 32 Entries
Press & Outdoor - 42 Entries
Typography - 20 Entries
All 432 shortlisted pieces are showcased on the D&AD website.
Following the first and second D&AD Shortlist announcements over the previous two weeks, today’s announcement only includes a further 13 out of the total 34 categories. Further shortlists will be unveiled once the judging for each category closes, with the final category announcement scheduled for 2 September. Pencil winners will be announced on 9, 16 June and 8 September. A full list of dates can be found below.
While hosting a 2020 ceremony is not possible due to coronavirus, D&AD will be announcing this year’s Pencil winners via their website and in a social campaign designed by Studio Dumbar.
Tim Linsday, D&AD chairman, commented: “We are proud to recognise the exceptional work from the past year that demonstrates the unlimited potential of creative thinking. After each Shortlist announcement, it becomes increasingly clear that 2020 is proving to be a strong year for work in our industry. We look forward to announcing the Pencil winners and subsequent Shortlists across the coming weeks, and continuing to spotlight creative excellence in a time of great uncertainty.”
D&AD this year continues to platform the most exceptional work from the past 12 months, following the same rigorous judging process that holds creativity to the highest standards. Famously tough to win, there are no quotas for D&AD Awards, meaning that the number of awarded entries fluctuates each year. In some years, no Black Pencils - the highest creative accolade - are awarded. The highest ever awarded in one year currently stands at seven.
Winning work will not only receive an esteemed D&AD Pencil, it will also be featured in the D&AD Annual and online archive – the definitive guide for creatives all around the world.
view more - Awards and Events