The Influencers 276 Add to collection 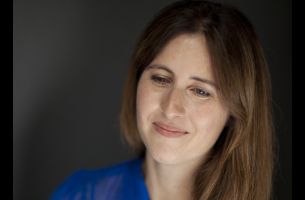 Some say SXSW has lost its purpose – that it has become more sprawling, spanning everything from keynotes to installations, branded activations, the Accelerator and of course, the Trade Show.  And that this is a problem because other events like CES are focusing on one thing – being a global stage for innovation – doing it really well, and perhaps stealing SXSW’s crown.

It’s true that SXSW hasn’t been the launching pad for a sexy new ‘global platform’ since FourSquare in 2009 or Twitter in 2007. But do we need another Facebook at this point? I’d argue no – we’ve had so much change in our own behaviour due to digital technology in the last 10 years, we’re still playing catch up. Technology has radically changed us. We are in the midst of a 4th industrial revolution.

It’s also true that SXSW is varied when it comes to its programming and people – this year I attended talks with a range of diverse figures including Belgian psychotherapist Esther Perel, Chief Google Futurist Ray Kurzweil and Ray Dalio, one of the most successful investors of our time. But that’s life. That’s culture. That’s people in all their messy glory.

And our responsibility as marketeers is to use creative thinking to ensure our brands maintain a purpose in this messy world. I’m going to be a bit radical here. How about we stop focusing on invention and start looking at understanding how to get the best out of our new technology culture first?

It's not about what stuff is made of, but how we link people together.

That is what South by South West does do exceptionally well, acting as a Petri dish of brilliant thinkers, all bumping against one another – making connections and having serendipitous moments.

This was a core theme in a talk on ‘AI and our place in the Universe.’ The idea that the best way to make massive progress is by thinking of ourselves as a collective brain of brains, a hive mind if you like, coming together to discover the very best solutions. Peter Diamandis, engineer, physician and entrepreneur, used SXSW 2018 to launch a new chapter for his global X prize. This was created with the very concept of connection and collaboration in mind, crowdsourcing and rewarding the very best ideas to solve challenges such as global illiteracy, CO2 emissions and now virtual travel. Ray Dalio proposes a new way of working within companies, that has proved highly successful for both his staff and his own business outcomes. This uses leadership and relationship principles and algorithms to meritocratically source the very best idea and overcome natural human strengths and weaknesses, in an honest and thoughtful way.

Our new technology culture has a responsibility to solve inequality.

In an all women panel talk ‘Democratising Artificial Intelligence’ luminaries Dr Fei-Fei Li (Director of Stanford’s AI Lab and Chief Scientist at Google Cloud) and Megan Smith, CEO of Shift7 and the 3rd CTO of the White House, spoke about our need to parent our new AI child. That we need to teach it the values and moral codes that we want to see in the world including giving everyone a voice and a chance to participate, sharing our technology with all countries in a democratic way, applying it to more than just advertising and self-driving cars and thinking about how we solve housing and education challenges. Algorithmic social justice if you like.

In true showman fashion, Elon Musk burst onto the stage at SXSW and shared his latest thoughts on the grave threats he saw from AI. Although not normally an advocate for regulatory oversight, Elon believes the time has come for governmental intervention – “after all, we don’t let just anyone develop nukes, and AI is more dangerous than those.” Sadiq Khan, London Mayor also warned of the possibility of regulation for tech platforms, which would be “more draconian than they would like” if they continued to refuse to self-regulate – to hire more staff and sort out ethical issues such as extremism, hate filter bubbles and fake news that is subverting democracy. And if it all goes pear shaped? Elon has promised us a colony on Mars by 2030, a back-up drive that will ensure our interplanetary survival.

Play, too, has a role to play

In a world where we are dealing with difficult themes like autonomous intelligence, gender roles and relationship disconnection, play too has role. Play is genetically coded into us and we don’t stop needing it just because we grow up – it’s what brands like Disney have known for a while and the reason why other brands like Boda Borg are bringing adult theme parks to the masses.

It also gives a purpose to those ‘branded activations’ that are an equally purposeful part of our technology culture. Westworld created probably the most clever and profound playful experience ever to appear at SXSW. The TV series deals with big challenging themes – should we give human rights to artificially intelligent beings? How should we treat others when we are given the power to do whatever we want? And that is exactly what we were able to explore at an afternoon at Westworld, collaboratively as the characters in both our own play and their play, enabled by tech. I witnessed good behaviour, bad behaviour and a lot of fun behaviour. And came away agreeing very much with Bruce Sterling, who told us in the closing keynote speech that “we need more art because we’ve become too solutionist, and not enough problemist.”

Like life and culture, brands can explore these issues too. And I’m enormously optimistic about our role to play in that.