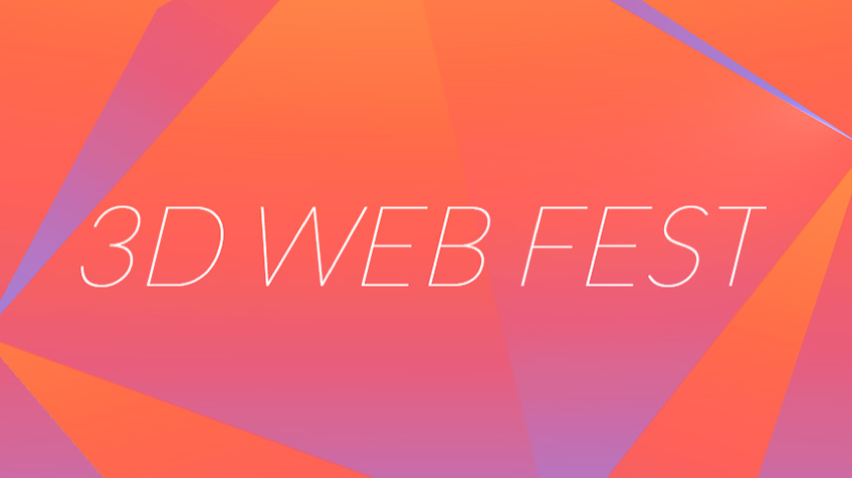 The 3D Web Fest is coming to San Francisco, CA on May 13th 2015, bringing together designers, artists, developers and technologists to celebrate the best of the 3D Web.

The lineup of artists and producers will feature work from leading creative coders in the field including Isaac Cohen, Mate Steinforth, Weidong Yang, and many others, which will be shown during live screening presentations. The 3D Web Fest’s web-based project showcase offers up a compelling blend of art and technology, exhibiting what’s possible with the advent of 3D Web in a film festival format and club atmosphere.

The 3D Web Fest will take place on May 13, 2015 from 7:00PM-11:00PM at the Folsom Street Foundry, 1425 Folsom Street, San Francisco, CA 94103. The evening will kick off with a pre-event mixer with the program beginning at 8PM. This will be followed by a panel discussion and audience Q&A at 9:30PM, and conclude with an after show party. Tickets are available online for a cost of $20.

The 3D Web Fest is produced by a team of passionate industry experts including Tony Parisi, serial entrepreneur, author and inventor of the Virtual Reality Markup Language (VRML).

“We’re thrilled to present the first-ever event dedicated to live performances of the best of the 3D Web. Our selection committee pored over projects submitted from all over the world to curate an evening of programming that will be truly eye-opening. Come to the 3D Web Fest to see how today’s technology is being used by top artists and creative minds to deliver transformative digital entertainment and commercial applications.”

All event proceeds from The 3D Web Fest will go to San Francisco’s 106 year-old Roxie Theatre, the city’s oldest and most beloved continually operating movie theatre.