Anderson was previously ECD at CHI&Partners 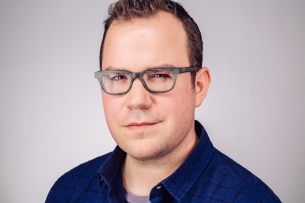 360i has announced the appointment of Jeff Anderson to Group Creative Director.

An award-winning creative, Anderson will work across agency accounts (effective immediately) to lead creative, digitally-centric marketing for the agency’s clients, which include HBO, Toyota, Oscar Mayer and Clinique. Anderson is based in the agency’s New York headquarters and reports to Chief Creative Officer Pierre Lipton.

Anderson joins the agency from CHI&Partners, where he served as Executive Creative Director. During his tenure, Anderson created PBS’ “TV Gone Wrong” campaign as well as innovative work for Every Mother Counts and HP. Prior, he was Associate Creative Director at Goodby Silverstein & Partners in San Francisco, where he worked on the Chevrolet Mayan Apocalypse Super Bowl spot. He has also held positions at Droga5 and TBWA/Chiat/Day, New York where he helped develop the Jewish Council for Educational Research’s “Great Schlep” with Sarah Silverman and Combos’ “What Your Mom Would Feed You if Your Mom Were a Man,” respectively. Anderson’s work has been recognized by Cannes Lions, CLIO Awards, The One Show, Effie Awards, D&AD and more. He has also been named #3 art director by Creativity in 2009 and a Young Gun of the Decade by the Young Guns Award show in Australia in 2010.

Jeff Anderson commented: “360i’s energy and momentum are palpable. Combine that with Pierre’s creative vision, a relentless curiosity and unequaled capability in the industry, and the decision was easy,” said Anderson. “It’s an honor to be here and I can’t wait to get started.”