360i Brings 'Fanta for the Funny' With All-Vine Comedy Show 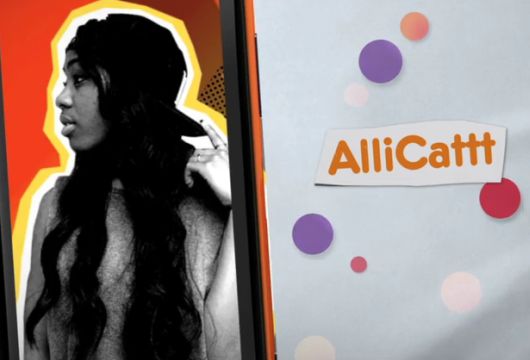 Gone are the days of fifteen minutes of fame- how about six seconds of stardom? As part of its ongoing mission to create more play in the world, Fanta is debuting a new Vine-based U.S. digital and social campaign, giving teens their own stage to create an original interactive comedy series created by teens, for teens - “Fanta For The Funny.”

Beginning Friday, August 15, Fanta is partnering with a team of young multicultural digital influencers to co-create an all-Vine comedy show for teens, unveiling one new episode of the digital series every Friday for six weeks on CollegeHumor.com. Each episode will combine comedy with topics teens care about, like sports and music, while channeling Fanta’s mantra - “More Fanta, Less Serious.”

The new campaign was developed based on extensive online listening research which uncovered insights about multicultural teens’ motivations and behaviors online, and the media and devices through which they engage in playful experiences. The series gives teens an easily-accessible forum for creative self-expression and the ability to connect across diverse U.S. geographies and cultures.

“Today one-in-three teens doesn’t just want to be famous, but they believe they will actually be famous, and they are interacting with Vines at twice the rate of other audiences in search of humor, entertainment, creativity and conversation.,” said Racquel Mason, AVP Fanta and Flavors “‘Fanta For The Funny’ unites teens around their shared desire for fame and their shared passion for humor, while allowing them to be themselves and to connect their way.”

Fanta has enlisted three influential young Vine comedians – Alli Cattt, Jason Mendez and Mighty Duck – to be the program’s ambassadors. Working with a cast of seven Viners, they will help encourage submissions and will create and share content that is “For The Funny.”  Fans can submit their own clips for the show by creating a Vine and sharing it with @FantaFun using the hashtag, #FantaForTheFunny.

The comedy will live on Fanta’s digital and social channels and will be anchored by an exclusive partnership with CollegeHumor, igniting the first branded content partnership of its kind for the comedy network. The programming will also be promoted with advertising across major digital and social networks. Fanta partnered with agency 360i to create this new campaign and Starcom MediaVest Group handled the media buy.