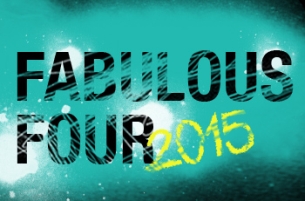 Adfest is pleased to announce that 33 aspiring directors and assistant directors from seven different cities around the region are in the running to become the “Fabulous Four 2015”.

Fabulous Four is a visionary launch pad run annually by Adfest, which is designed to give exposure to up-and-coming directors.

Every year, Adfest invites new directors and assistant directors to submit a five-minute short film script inspired by the theme of Adfest. This year’s theme is ‘BE BAD’ – a provocative theme, which inspired 33 directors from the Asia Pacific and Middle East to conceive short film scripts in the hopes of becoming this year’s Fabulous Four.

All 33 scripts will be judged by the Film Craft and New Director jury panel, which is headed by Jury President Michael Hilliard, Executive Producer at Finch in Auckland & Sydney.

The directors who receive the highest number of votes will have less than one month to direct their scripts in time to present them at a film premiere at Adfest 2015, which takes place on 19th – 21st March at the Royal Cliff Hotels Group in Pattaya, Thailand.

“Adfest is immensely proud of its Fabulous Four program, which helps directors to hone their craft and master the art of storytelling. Moreover, it gives them the opportunity to rub shoulders with some of the region’s top producers and creative directors,” says Vinit Suraphongchai, Chairman of the Adfest Working Committee.