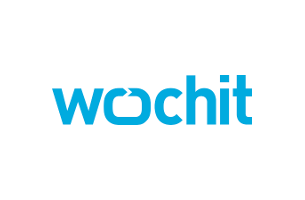 A new report from Wochit suggests that, despite record costs for Super Bowl ads, more people are turning to online to watch commercials.

“Securing a half-time TV ad slot during the Super Bowl is one of the most coveted opportunities in advertising, with a captive audience of almost 112 million people tuning in last year. Despite a 30-second slot costing a staggering £3.9 million, up from £3.8 million last year, many brands look to spend an additional quarter of their investment on marketing their ad to ensure that its seen as widely as possible.”

“A record £306 million is being spent by advertisers for these TV spots this year, so it’s no surprise that many of them are looking to get the biggest bang for their buck by releasing their ads online. Considering that 31% of people plan to watch the Super Bowl ads online before the game it’s clear consumers love these ads as they have generated millions of views already. In addition to this, viewers are moving online, as last year a record breaking number of viewers, 3.96 million, live-streamed the event.”

“Some brands have adopted new strategies to capture this audience, without spending huge amounts of money. The one that remains most notable,and they have the awards to show for it, is Newcastle Brown Ale. For the Super Bowl in 2014, the brand published a series of online videos featuring the ad they would’ve made if they could have afforded the air time. The series racked up 10 million views and remains an example for brands that you need not spend millions on a 30 second TV segment, and that online video can be as, or even more effective than TV advertising, making it a touchdown for fans.”