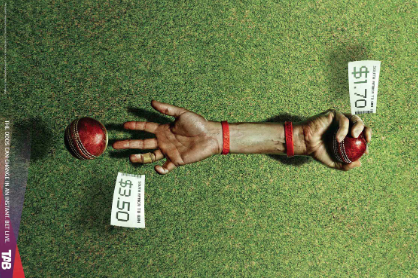 Sport's a fickle thing. One minute your team's up, the next they're down. And then back up again. And down. And every time this happens the odds of the winning or losing changes.

A new campaign by 303Lowe aims to illustrate this changing nature of sport in a series of ads for the TAB, Western Australia's premier betting organisation, to promote its live betting service.

The campaign aims to coincide with the flurry of sporting activity with the Cricket World Cup, Asian Cup and Australian Open to promote the TAB's live bettering service, which enables people to take advantage of the fluctuations that occur in live sport.

The campaign incorporates print, posters, radian, online and social media to bring a variety of game changing moments to life.

Todd Baker, business director at 303Lowe, said: "This campaign seer out to highlight the price fluctuations during live spotter and the ability for punters to cash-in on game changing moments. There was no better time to launch the campaign, with the plethora of international tournaments in or own backyard at the start of 2015." 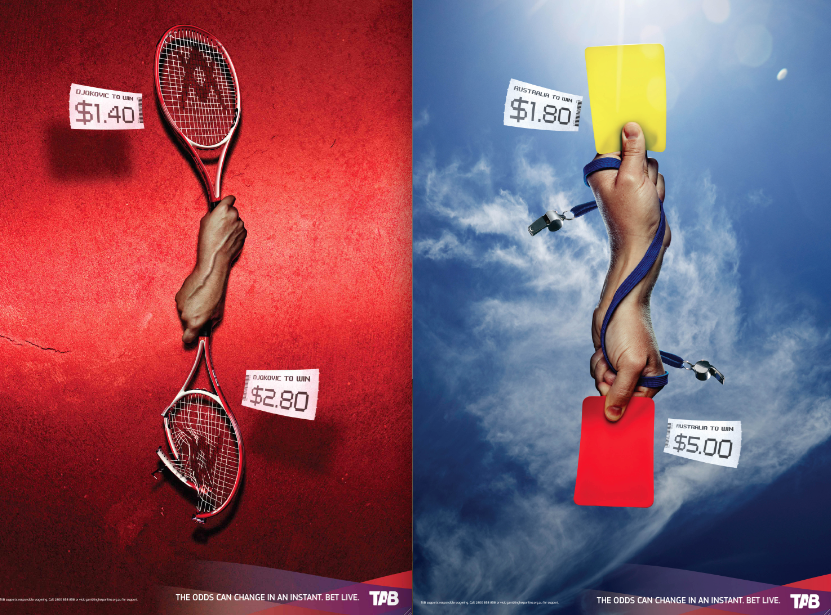