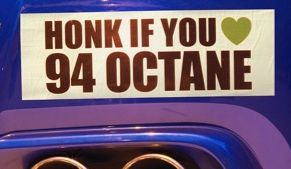 303 MullenLowe Sydney has launched an outdoor campaign for NSW Fair Trading that gives drivers pause to reflect on the benefits of using E10 fuel.

NSW Fair Trading appointed 303 MullenLowe in late 2016 and this year began rolling out a campaign called 'E10 Fuel for Thought'. The campaign includes three TV commercials, social, digital, radio and an information-rich website, which sets the record straight about the safety and reliability of E10 petrol - and which cars are compatible.

Says Matt Clarke, managing partner, 303 MullenLowe: "Our task was to lay out the facts about E10 to fight misconceptions and myths in an easy-to-understand way, improving people's knowledge and giving them access to trusted and proven factual information." 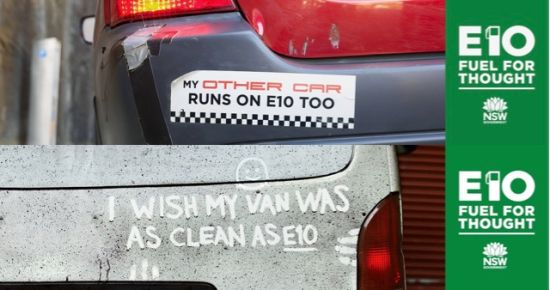 E10 is regular unleaded petrol blended with between 9% and 10% ethanol - a colourless alcohol that can be used as an alternative fuel and is considered a renewable fuel when produced from agricultural sources.

To help NSW drivers ascertain if E10 is a fit for them, 303 MullenLowe developed an online compatibility checker along with the website that explains why E10 is suitable for the majority of petrol-powered cars on the road today.