‘2020: The Story of Us’ tells the story of Coronavirus in Britain through the experience of people immersed in its impact, both personally and professionally 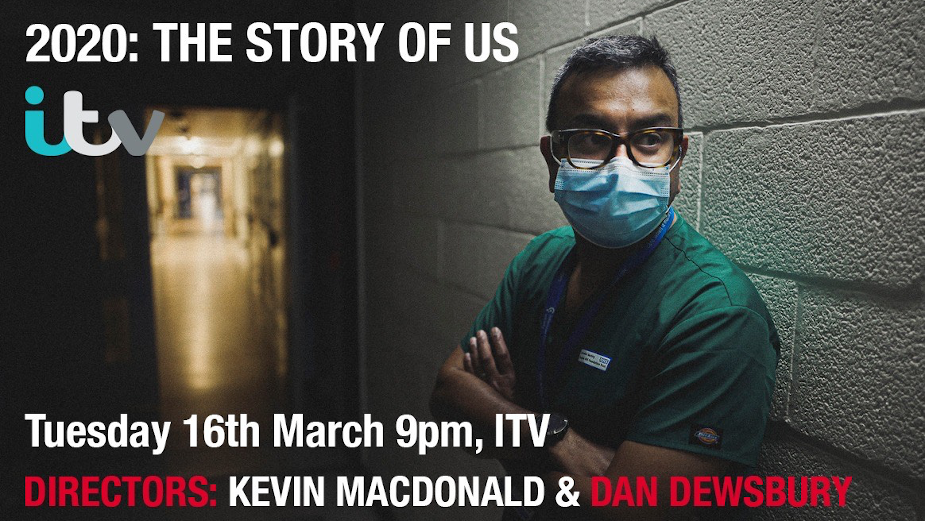 2AM’s BAFTA Nominated director Dan Dewsbury collaborated with the Oscar-winning director Kevin Macdonald on this feature-length documentary for ITV airing on Tuesday 16th March at 9pm. It tells the story of Coronavirus in Britain through the experience of people immersed in its impact, both personally and professionally.

“It was humbling to work with Kevin Macdonald, it’s not often you get to Co-Direct with someone of that stature and I’m grateful for how kind he was and how he helped me improve over the year. As you get more experienced it gets harder to find mentors so having Kevin and the team at Docsville was an opportunity I couldn’t miss. However, what was even more incredible was being able see the work of the NHS in the hardest of times. There’s been a lot of talk about if NHS workers deserve a pay rise, hopefully this will answer some of those questions.” - Dan Dewsbury.

With extensive access to intensive care units [ICUs] across the country - from the Whittington Hospital in London to The Royal Preston Hospital in Lancashire, the film begins before the pandemic became a worldwide medical emergency and stretches through full lockdown into the peak of the crisis and beyond. 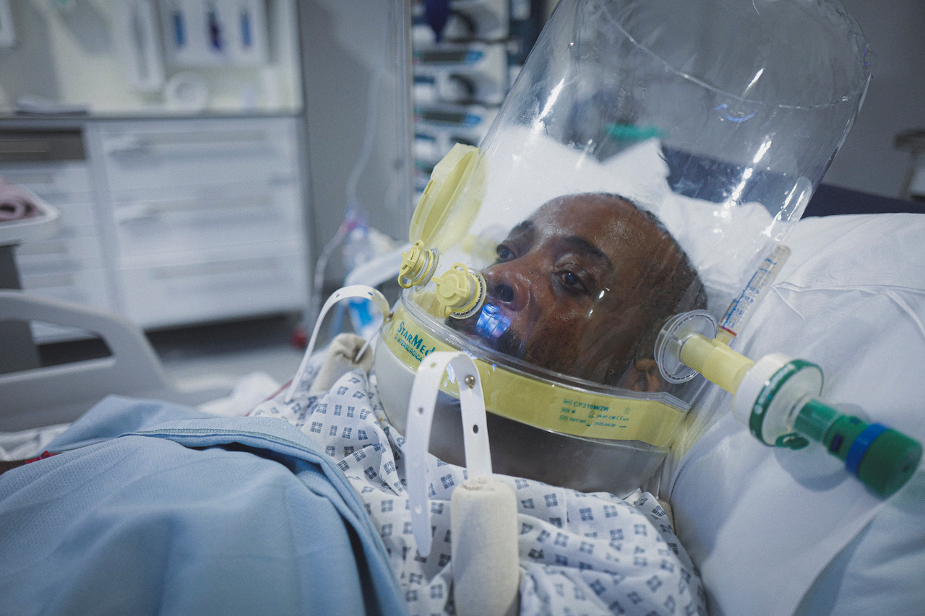 Using testimony from staff in hospitals - consultants, doctors and nurses - as well as weaving in the experience of patients, this documentary paints a vivid portrait of the working lives of ICU staff and those they treat during a crisis which proves both challenging, life-changing and often tragic for those caught in it.

Observational footage is interwoven with the contributors' own filming of their lives, documenting their individual stories as the Coronavirus surge hits and they reach their lowest ebb. Cameras are also present at moments of extraordinary breakthrough, where the fightback against a deadly virus brings stories of hope, optimism and the promise of a better future.

"I remember somebody at some point showing me a form and saying, ‘Are you okay to go on a ventilator?’ and telling me that if I went on a ventilator I’d have a 50-50 chance of survival. And I said, ‘What if I don't go on the ventilator?’ and he said, ‘Zero.’ So I said, ‘Okay then.’ And then I don’t remember anything else." - Michael Rosen, author.

Among the patients being treated is children’s author and poet Michael Rosen, who spent 47 days in intensive care at the Whittington Hospital in North London as his life hung in the balance with Covid-19. When he came out, he had almost no memory of what had happened to him. Armed with just a diary kept by intensive care nurses, he sets out to find out what happened. He says: "I’ve tried to get clear what happened and the order of what happened, but there’s this whole period of life that’s a complete blur, and then when I left the hospital, they gave me this. It’s like a diary, so the nurses who were looking after me, each day they would write an entry. Look, you can see it there. They would write an entry for the day. So, you get something like, ‘Happy birthday. It’s been so lovely to help look after you today on your birthday. You’ve been treated to a rendition of Happy Birthday from about fifteen ICU staff and one of the other patients. I’ve been asking you to blink and squeeze my hand to communicate, and you’ve been diligently obliging.’ Well, I’ve got no memory of that at all." 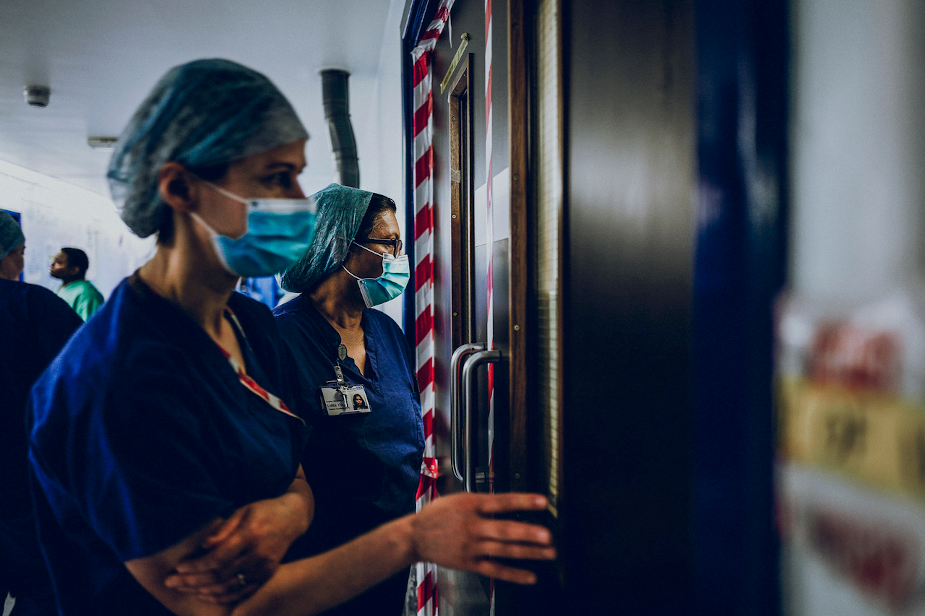 For Professor Hugh Montgomery, doing battle with a disease such as coronavirus is one of the reasons he went into intensive care in the first place. He says: "Whilst I wouldn’t wish Covid on anyone, I wish it had never happened, if it was gonna happen, I’m really glad it happened on my watch, ‘cause if you’ve chosen to do intensive care and you get the opportunity to be in the midst of a massive battle with a disease you don’t understand, that’s, for me, as good as it gets."

As he fears that a desperately sick Michael is slipping away, Hugh sees another of his patients responding to music sent by his family, and realises that now Michael is no longer infectious there is one thing that might bring him back - seeing his wife. Michael's wife Emma says: "It wasn’t a shock to see him, it was just a big relief, finally to hold his hand. It was Michael’s strong, warm grip. All his feeling was flowing through that grip. That was the moment for me that I felt that he was still there. And then I think his oxygen bottle was beginning to run out, so we said goodbye. I said – waved goodbye to him."

When Michael later returns to the ward after recovering, he has no memory of Hugh - yet when they speak, they realise that they have an emotional experience in common which brings them together.

For critical care consultant Dr Shondipon Laha in Preston, the first wave brings fears of what will happen if he catches the disease himself. He says: "I suspect we are two or three weeks behind what’s happening in London. Everyone’s just sitting there waiting for the tsunami to hit. And, you know, I do wonder what will happen if I ever catch it, ‘cause certain ethnic groups, like me for example, don’t survive as well as other people, and my wife and family know that. It could be quite a bad situation, I suspect."

One of his patients, David, is a paramedic in Blackpool who now finds himself in the same situation as many of the patients he has brought into hospital. His wife Erica says: "He refused point blank to go on a chair, which is a no-no. Like, if you go on a job and somebody’s as breathless as David is, you need to be conserving their energies and wheeling them on a chair. But he insisted on carrying the oxygen cylinder as well. Even to the last, he doesn’t want to show, ever, any weakness. As he’s walking off, in all honesty I’m like, ‘Am I even gonna see him again alive?’ There’ve been so many medics who’ve died."

Redeployed dental sedation specialist Emma Jones soon finds herself face-to-face with death, which resonates with her. She says: "We lost a patient last night and I think this one has hit me the hardest out of all of them. His wife and two young sons were able to come onto the unit and be with him and I just can’t get – I just can’t get the look of their faces out of my head. They looked so scared. They looked so scared, because they knew, they knew what was coming. And they looked lost and they looked frightened and I recognise that feeling. I recognise that face. I lost my mum twelve years ago. She was in ICU and I was there with her. I remember just looking at the monitors and seeing them jumping and then nothing." 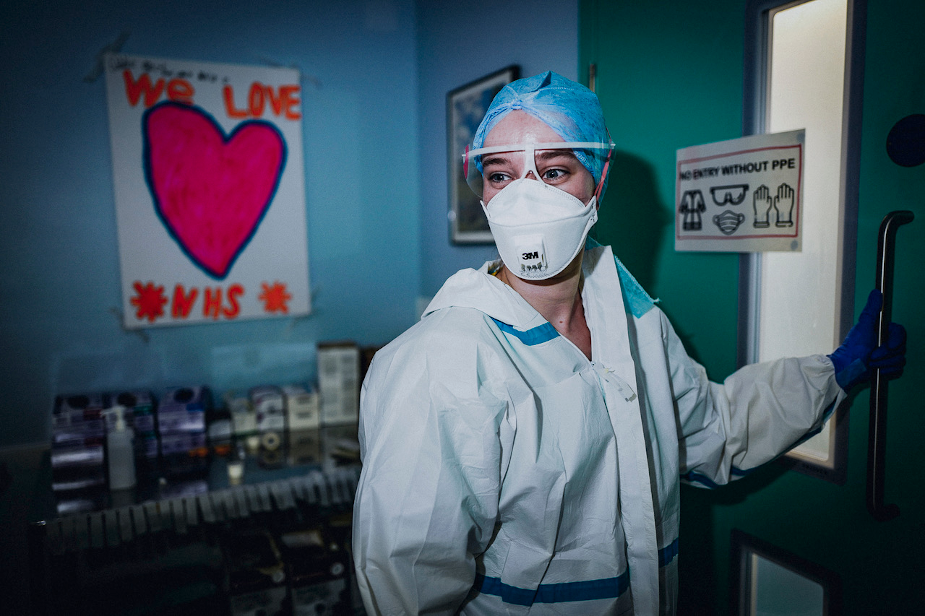