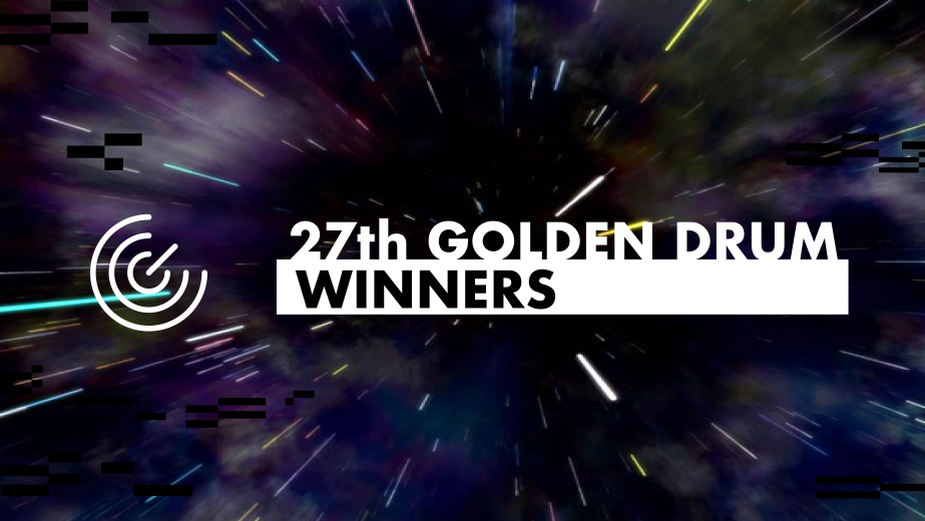 The best creative ideas, the best creative teams, and the best individuals of this year’s Golden Drum were announced during the Grand Award Ceremony held live online on Friday, 15th October 2021.

For the second year in a row, Publicis Italy from Milan was awarded the title Agency of the Year, contributing to the overall success of Publicis which collected the most points and was celebrated as the Network of the Year.

The Independent Agency of the Year award went to Voskhod agency from Yekaterinburg, Russian Federation. 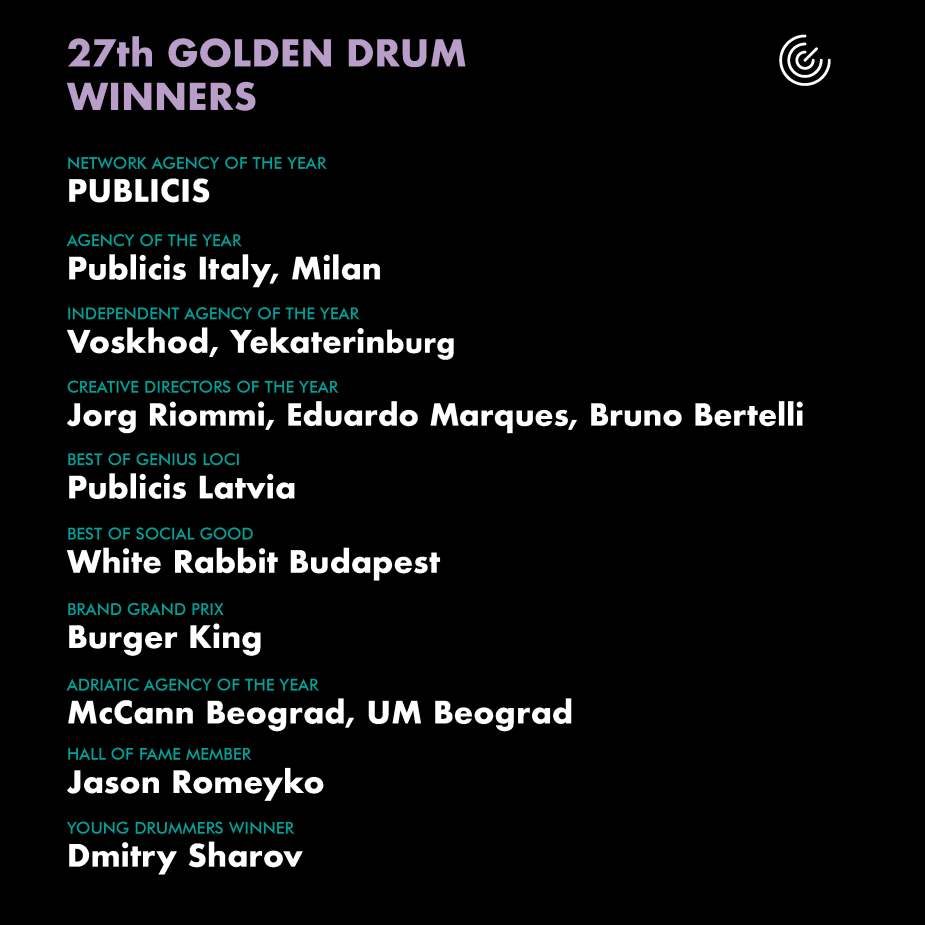 The best brand leaving a mark at the 27th festival edition by winning the Brand Grand Prix was Burger King with 2 Grand Prix awards, 6 Golden Drums, 4 Silver Drums, and 2 Bronze Drums across all sections. Jorg Riommi, Eduardo Marques, and Bruno Bertelli, the creators behind the Moldy Whopper campaign were crowned as Creative Directors of the Year.

In the All Juries section, Best of Genius Loci – an award celebrating local works that present their distinctive local spirit – was given to Publicis Latvia for #StillSpeakingUp DeepTruth, made for their client Propuesta Civica. Best of Social Good – an award celebrating socially beneficial actions - was given to White Rabbit Budapest for Universidade de Madeira’s non-profit social good campaign named Terms Against Bullying. The Best of Covid-19 award was withheld by the jury.

The most successful entry from the Adriatic Region that received the special Adriatic agency of the year award was UM Beograd, a part of McCann Beograd, for the campaign Thank you, Doctors.

The best video of the Young Drummers Competition, presented in collaboration with the Slovenian Tourist Board, was Imagine Slovenia, created by Dmitry Sharov from Russian Federation.

Jason Romeyko, worldwide executive creative director of Serviceplan Group became the newest member of the Golden Drum Hall of Fame, a selected group of visionaries and dreamers who have fought courageously and passionately for the progress of the creative industry.

The 27th Golden Drum has not only raised the support of the creative world but also of the brands that continue to invest in the creative field of the business. After a year of pause, due to the global pandemic, the festival returned with a 25% increase in entries in the renewed festival competition.

All awarded work can be seen here.