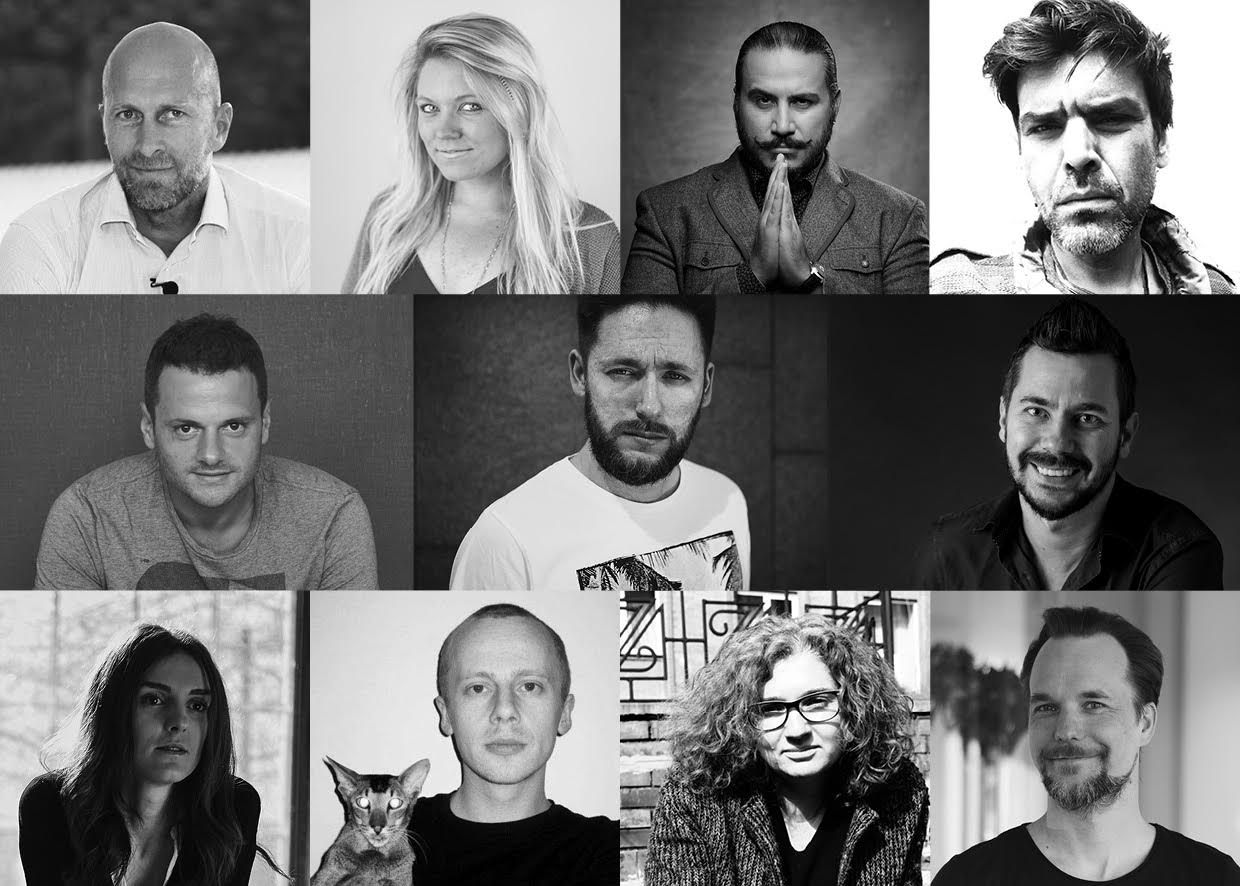 Bruno is one of the two most awarded Italian creatives with international awards including 41 Cannes Lions, 9 Gold Cannes Lions, one Grand Clio and one Grand Prix at the New York Festivals. He is a regular judge and speaker at global festivals including Eurobest, Cannes and NY Festivals and will be President of the OOH jury at Cannes Lions 2017. Bruno represents the global creative board and clients of Publicis Worldwide, which include Renault, Nestlé and Heineken.

Zsolt jumped into advertising 17 years ago when he joined Leo Burnett Budapest. While principally focused on art direction with such brands as P&G, Philip Morris, Telenor and Coca Cola, he slowly turned his creative energies to pioneering interactive campaigns. Such creative territory has become his main interest and focus since he joined DDB Budapest in 2011 where he established the digital and innovation division of the agency. Zsolt is a multi-award winner, he won the Cannes Cyber Lion and Innovation Grand Prix at the Golden Drum Festival. With close to 100 accolades to his name, he is probably the most honoured digital creative in Hungary.

Alice is a Creative at Y&R London where she has worked for three years. During her time at Y&R she has worked on clients such as BBC, M&S, Breast Cancer Now, Lloyds Bank, TUI, and Land Rover to name a few. Her most recent notable campaigns include the M&S 2016 Christmas campaign with Mrs. Claus, which received global praise, totted up over 60 million views, and saw M&S’ profits rise for the first time in six years. Last year she also created the BBC’s campaign for the 2016 Rio Olympics that saw animated rainforest animals perform Olympic sports. At present her work has been awarded by the British Arrows, Campaign Brand Film festival, and the Clio Awards.

Vasilije Ćorluka is Executive Creative Director at Publicis One Macedonia with 14 years of advertising experience. He is a winner of nine Cannes Lions, including a Gold Cannes Lion, Silver Euro Effie Award, Several Grand Prix, Gold and Silver Golden Drum awards, Bronze Eurobest Award and many more. He has won the Golden Watch award for the best Creative Director of the year 2016 at the Golden Drum Festival.

Dušan started his career at S Team Bates Saatchi & Saatchi in 1997. Later he was Regional Creative Director at New Moment New Ideas Company. He currently holds the position of Executive Creative Director in Demner, Merlicek & Bergmann in Vienna, Austria. Dušan’s work has been recognised at Cannes Festival and awarded with Lions for four years in a row. He has also won awards at Eurobest, New York Festival, Epica, Golden Drum, Moscow International Advertising Festival and many other award shows.

Kolya joined Instinct in 2011 as a Digital Creative Director. Following the growing importance of digital communication and further amalgamation of media channels, he was appointed as a Creative Director at Instinct, working for Nike, IKEA, Audi, Yota and other clients. Besides Instinct, Kolya is a founder of an AR/MR mobile game studio, Cheapshot. Raised in the mountains of Northern Caucasus, Kolya studied history and fine arts in Moscow, after which he worked for a number of digital agencies before starting his advertising and start-up career.

Ioana started her career as a copywriter in 2006 and is now one of the youngest ECDs in Europe. After working for most major brands in the market, at 26 she was named Group Creative Director of McCann Bucharest for all the Coca-Cola Company brands. With a mixed experience of digital and integrated, at 29 she was named Executive Creative Director at MRM//McCann, one of the most awarded digital agencies in the region, to take the creative team to the next level of digital integrated campaigns. Her work has been awarded in shows like Cannes Lions, Eurobest, Webby, Golden Drum, Euro Effie and many others local and international shows.

Igor is Chief Creative Director at Imago Ogilvy, advertising agency which has been listed The best agency in Adriatic region in 2016. Igor was a jury member at many national and international festivals, including Golden Drum, FESTO, IdejaX, Art Director Club of Europe (ADC*E), Art Directors Club of Croatia, Cresta Awards, Outward and awarded for his work at Cannes Lions, Eurobest, Epica, Golden Drum, IdejaX, Outward, FESTO, ADCC and many more. Igor is the first Croatian creative director who has won a Cannes Lion.

Alemsah co-founded 4129 in February 2007. In the first 5 years, 4129 became the most awarded and successful digital advertising agency in Turkey. Alemsah’s work on prestigious accounts over the last 20 years has been honoured at Cannes Lions, the Clio Awards, Eurobest, Golden Drum, D&AD, Webby awards and many others. As of May 2015, Alemsah became the new CEO of 4129Grey, merging Grey Istanbul Advertising Agency and 4129 Digital Advertising agency into a new fully integrated communication agency. Alemsah also works as part of Grey’s global digital council, helping EMEA agencies to push forward in digital & innovation.

Kuba works as Creative Director at K2, the biggest independent digital agency in Poland. He leads creative, social and motion teams that work mainly for IKEA, Netflix, Volkswagen, Heineken and Disney. In Poland he’s considered one of the most interesting young copywriters (by F5 magazine) and most influential young leaders in the polish industry (by PRESS magazine). Kuba also won multiple awards such as Effie, Golden Drum, and Polish Advertisers Club Awards). However, he’s most proud of winning Cannes Young Creatives Award 2 times (Film and PR category).

Svetlana is Creative Director at the Ukrainian office of TBWA, where she heads agency's creative efforts for clients like McDonald's, AB InBev, ProPHARMA, Nissan and a number of bright local brands. Her nearly 20-year career in advertising has begun from a copywriter position in 1999, and she has never quite quit writing since - despite the changing job descriptions. Today Svetlana writes for television and film, children cartoons and short stories.