Off the back of a revolutionary and formative first year, 2050 London talks LBB through what they’ve learned - and why the future needs to be ‘positively bonkers’ 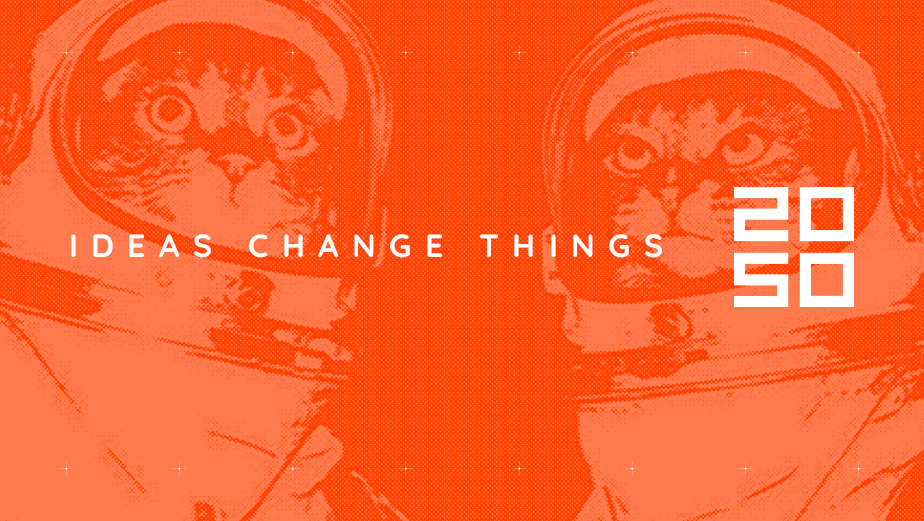 In the cold grip of a pandemic winter, with a climate crisis and potentially disruptive Brexit in the near distance, it’s fair to say that new ideas are especially welcome in 2021. Fortunately, an appetite for - and a fundamental belief in - ideas is at the heart of 2050 London, the creative agency launched last year with a focus on building a better future fast.

It doesn’t take long speaking to the team to see the optimism built-in to the agency’s fabric. Nobody could have predicted the kind of first year on the market they have experienced, and yet through agility and stories told through some eye-catching work, that central ideal of a brighter tomorrow brought about through creativity and ideas has stood firm.

To find out how the team navigated the stormy waters of 2020, LBB caught up with 2050 London founders and creatives Adam Morrison, Ben Tan, Adam Chiappe, and Saunby.

Talking About A Revolution

“I guess the most frustrating part was that we’d just finished renovating our office into a really great space!”, said Adam Morrison through a rueful smile. “We did think a split between office and remote was going to be the future, but I guess the split was enforced a bit earlier than we expected”.

Whilst a global pandemic may not have provided the ideal setting in which to start up a new enterprise, for 2050 London it at least presented an opportunity to put their values into practice. “It’s shown how quickly the world can change”, said Adam Chiappe. “And so a big part of our job now is convincing people that things can change equally quickly in a positive direction - because they can!”

“It’s been a learning process at times”, added Ben Tan. “For example I think we’ve all learned how to put across the ‘big idea’ over Zoom. The whole experience has shown how this really is the business of ideas- you need to have the energy to bring people along with you, and showing that over video call is an art in and of itself.”

For 2050 London, the agency’s first year has seen that message conveyed through work for an array of clients who’ve bought into the company’s vision. “We kind of bolted out of the gate by bringing in Azimo early on”, commented Saunby. “They’ve been such a brilliant client to work with, because we’ve seen them evolve and totally take on board ideas which have been transformative across the business”.

- Above: 2050 London’s work with money transfer service Azimo afforded the brand the opportunity to ‘root their values in culture’, explains Saunby.

“There’s been plenty of moments from the past year that I think have made us really proud as an agency”, said Adam Morrison, “but one that sticks in my memory was Azimo answering a call from the UN and offering free transfers to all migrants on the 16th June. It showed how they were putting new company values and behaviours into practice - and ultimately changing the world through the active idea”.

The Art of Storytelling

“Talking about moments that made us proud”, said Ben Tan, “we can’t not mention Fairtrade. I mean, look - these guys kind of invented the modern version of ethical consumerism! So again, when you talk about ideas that can change the world, this is a brilliant client to be working with and showcasing that philosophy”.

Another early-year success story for the agency, the Fairtrade account saw 2050 London edge out some of the UK’s highest-profile agencies to secure the brief. The company’s goal was to re-assert its authority in a landscape now dominated by the likes of Extinction Rebellion, rediscovering its radical edge from its earned position as a market leader.

“They’re a company that encapsulates that ability to prove the cynics wrong”, said Adam Chiappe. “For our part, we had to help them tell that story in a new and exciting way. That involved helping them to understand that their position in the market had changed in a significant way - they weren’t the plucky outsiders anymore. For many people, Fairtrade is kind of an ‘establishment’ brand, so helping them undergo that shift was something on which we built the rest of the campaign”.

- Above: 2050 London’s work with Fairtrade leans on the brand’s established and trustworthy reputation as a showcase of how ideas can change the world for the better.

“One of the most rewarding things about that account was seeing how they really fed off of the energy we were able to bring externally”, commented Adam Morrison. “When we came on board, they were kind of down. They benefited so much from that perspective switch Adam mentioned, and you could see their confidence transform over the course of working with them. Sometimes you need that energy to come from outside your organisation in order to rediscover your own place and purpose”.

That energy - and the optimism that powers it - shines through 2050 London. The team, for their part, define that attitude in their own terms as ‘positively bonkers’. For Saunby, it’s the most sensible approach a brand can take in 2021.

“You often find that concepts like ‘short-term thinking’ and ‘rationality’ go hand in hand. And what you end up with is a business model that’s too reactive and, at the end of the day, doesn’t lead anywhere. If you want to change the world, or your business, you need to be bonkers, you need a bit of madness built into the method. Those are the ideas that jump out, the ones that resonate with audiences”.

“You have to consider the context of the media world we’re fighting to stand out in”, said Adam Morrison. “It used to be back in the day you fought for attention in the TV ad break and that was that. Now you’re fighting for attention online, with all of the weird, wonderful and memorable stuff that’s out there. It’s only the bonkers ideas that can survive in that environment”.

“People like to talk about getting in front of peoples’ eyes”, remarked Adam Chiappe. “But, of course, in reality that’s not even half of the battle. It can be easy to get in front of peoples’ eyes, the real challenge is going beyond them, into their minds and their hearts. To do that, you can’t do more of the same. You need to break out, and that’s where being positively bonkers comes into play”.

“Ultimately, optimism is the best way to foster big ideas”, explained Ben. ‘I think we all remember the kind of identikit ads we did see at the start of the pandemic, being told about how we’re all in this together over the top of a sad piano. It’s easy to imagine some similarly platitudinous messages coming out when the great re-opening of the economy does happen. You avoid that by being bold, and being positively bonkers”.

Taking Responsibility for the Future

Despite the challenges of the pandemic, 2050 London embodies the belief that optimism and positivity are the best path through adversity. “None of us are ignorant of the disaster that this pandemic has been for the world”, said Adam Morrison. “Our optimism isn’t blind. But even in tough times, you’ve seen people being agile, willing and able to react in a positive way. I think one of the things that we can take out of this pandemic is a muscle memory for coming together and getting through adversity”.

For the team, finding your optimistic spirit, or your bonkers side, goes a long way beyond the advertising or media industries. “I think we do have a responsibility to be positive and forward-thinking, yeah”, commented Saunby. “The nation needs it - heck, the world needs it. Our whole economy and society is going to be remade in the coming months and years, so it’s a given that ideas are going to change the world. So what kind of ideas do we want them to be? The same boring ones we’ve seen for years, or the positively bonkers ones that breathe new life into businesses and economies? I know which I’d rather”.

“And that’s what 2050 London is all about”, agreed Adam Chiappe. “If you want to change your future fast, we help make that happen.” 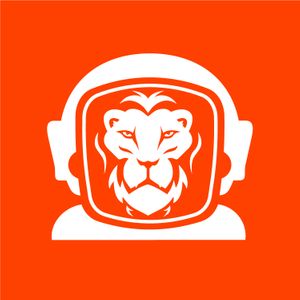 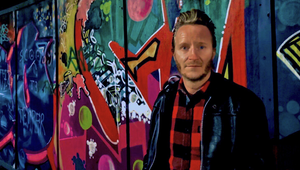 Working in Advertising Gives You a Super Power 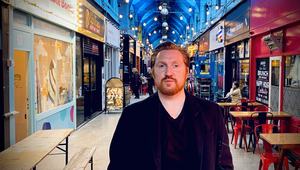 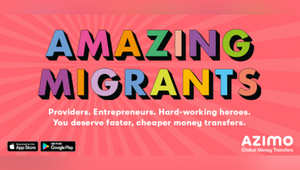 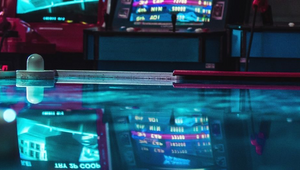 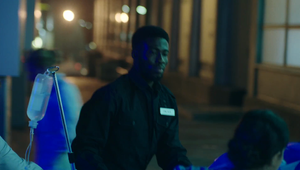