The Influencers 641 Add to collection

2018 might have been a bit of a bummer, but we can all make sure that 2019 ends the decade on a high note, writes TBWA\Helsinki's Lauri Gran 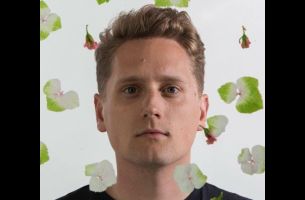 The year’s almost over and let’s face it, 2018 wasn’t exactly the best of years. In fact it was one of the worst in recent memory. Newspapers have had to write about 536 A.D., the year that a massive volcanic eruption combined with the bubonic plague wreaked havoc, to bring some comparison and hope to people. When you have to say that 'yeah things are bad but they’re not bubonic plague bad' you know it’s been a rough year.

But back to 2018. We hit new lows in many ways. The internet turned into more of a threat than the great unifier it once was, people became ever more polarised and once stable countries (hello UK) now lay in a complete state of bewilderment. The ugly truth is that we just can’t tell what will happen next.

Luckily not everything is all doom and gloom. Social activism is on the rise and people are ready to take a stand for what they believe in. And in the long run we’re doing better as a species than we have ever done before, with child mortality at an all-time low and life expectancy being higher than ever.

But what does all of this mean for the marketing world?

One of the clearest consequences is that companies have found something to believe in. Or at least pretend that they believe in something. Almost every marketing manager out there has figured out that if your talking to today’s more conscientious crowd, pretty pictures and clever copy just won’t cut it.

So, will 2019 be the year of the socially conscious corporation?

In short, no, but we will see more and more companies try to do something rather than just say it.

Many have already turned their corporate social responsibility programs into the spearheads of their marketing. And for companies like Patagonia it works, because they have a long track record of responsibility and it is built into their DNA. But for most there’s always the faint whiff of green washing to it.

But how can marketing make a difference that doesn’t leave a nasty taste in our mouths? Especially if the brand wasn’t founded to fulfil some noble cause or *gasp* has been one of the causes of all the trouble we’re in.

Well here’s three quick and easy subjects to get you started:

- Global warming. In 2018 the IPCC report was a tough read. To sum it up we have to make drastic changes to the way we live our lives. This includes each and every company. So tackling climate change should be on the list of priorities for every organisation out there.

- Equality. Now this is a broad one, but the great thing is you can pick from a variety of subjects. Taking care of your employees and stakeholders isn’t news. But fighting for the rights of those who need a voice is. Be it #metoo, the rights of LGBTQ or any other minority group, corporations can have a huge impact on the lives of these groups.

- Plastic pollution. Not to be confused with global warming, plastic is a major hazard. Not only is it the most unsustainable material in our everyday lives, it’s also destroying our oceans. According to some estimates there will be more plastic than fishes in the ocean by 2050. So, by becoming anti-plastic brands can fight for a cause that has a long-lasting impact.

If your feeling bold, why not go for the trifecta and pick all three? We’re about to launch a seasonal campaign for our client Helsingin Sanomat, the largest newspaper in the Nordics, that touches on the ugliest news of 2018. The campaign will talk about topics such as global warming, sexual harassment, plastic in our oceans, war and the hidden power of technology. Why did we do this? Because we along with the client feel that it is important to keep these topics in the public eye even during the holidays and the client believes that their role in society is to take a stand for the things they believe in. Their key values of the truth, freedom of speech and equality act as guidelines for everything we do for them. Of course, it’s easy for a newspaper to take a stand, but every brand can find something to champion.

No matter what cause you decide to tackle, the most important thing is that the will to tackle the cause comes from within. And whenever causes can be combined with day to day operations great things tend to happen. Every brand has a vision and a mission, these tend to include some form of role in society. Use those. It’s easier to create inspiring and activating marketing when you don’t have to shoehorn something that feels completely irrelevant to your brand into it.

So be brave, do good and spectacular things will follow. 2018 might have been a bit of a bummer, but we can all make sure that 2019 will end the decade on a high note. 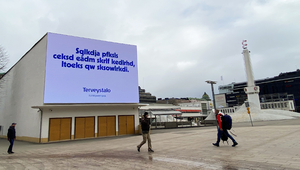