LBB's Americas editor Addison Capper picks his favourites from the US, Canada and LATAM 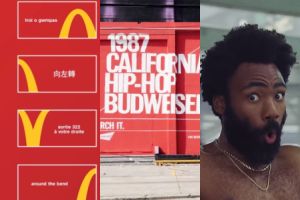 It was a joy (and quite tough) looking back over a year's worth of work and choosing my picks to feature here. In the list below there's work that deeply impacted both culture and business, work that's bettering the world we live in, and work that's just downright genius fun. I hope you enjoy.

Ok, this isn't technically an ad but it's one of, if not the most talked about piece of creativity to come out of 2018. Yes, it's a terribly cliched thing to say but it really did (almost) break the Internet. It clocked up 10 million views in just over 24 hours from its release thanks to its poignancy at the time (and still to this day) and the directorial artistry of Donald's long-time creative partner Hiro Murai.

"Believe in something. Even if it means sacrificing everything." 2018 marked the 30th anniversary of Nike's iconic 'Just Do It' slogan and the brand, along with its agency Wieden+Kennedy (who coined the phrase) went big to mark the occasion. Its backing of NFL quarterback Colin Kaepernick, who famously began ‘taking a knee’ during the US anthem in order to protest police violence against African Americans and racial injustice, proved to be a smart move for Nike. Despite the few videos of worthy idiots burning their sneakers while on their feet, Nike's stock value reached an all-time high in September and the campaign has been credited with earning Nike $6 billion. 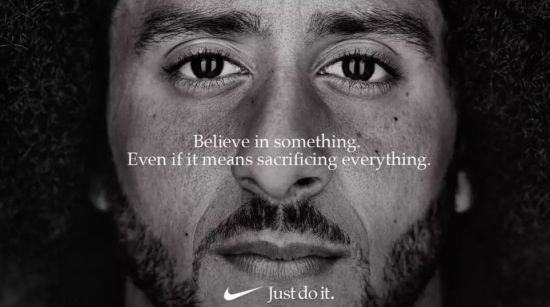 Skittles' Super Bowl ad that they showed to only one person picked up one of only four Immortal Awards given out this year. It really was unlike any campaign that had ever come before it and will likely be unlike any campaign that will follow it for some time. "Ideas like this don’t come around very often. They get made even less often than that. It’s a testament to what happens when a great idea, a brave client and a big team of talented and dedicated people come together," DDB Chicago executive creative director Colin Selikow told us when it launched. We couldn't say it better ourselves.

A late contender but a worthy one. McDonald's outnumbers Burger King in terms of restaurants in the United States by two-to-one. This is great for McDonald's but not so much for FCB New York client Burger King. So, how do you tackle this issue without physically opening more establishments? This cheeky campaign by FCB New York did exactly that by selling Burger King Whoppers at McDonald's. But that's not it. They cost 1 cent. Natch.

Cossette played GPS for McDonald's in this super smart piece of work that bagged them an outdoor Grand Prix at Cannes. The minimal prints feature small sections of the iconic McDonald's arches paired with a simple instructional line. The particularly neat part is that the work is transferable to any country and any language.

Tim Hortons - The Away Game

Kenya has only one ice hockey team - those poor souls literally have no one to play against, but every weekend the Kenya Ice Lions take to the Panari Sky Center Hotel in Nairobi, which houses East and Central Africa's first ever ice rink, to play the game they love. On the other hand, Canadians really quite love ice hockey. This Tim Hortons campaign from Zulu Alpha Kilo involved flying 12 of the Ice Lions to Canada to play their first game ever against another team. The accompanying documentary is an absolute joy.

Millions of people around the world don't have any access to energy, so Ogilvy Colombia and its client Kingo set out to create a unique, prepaid solar energy kit with the aim of widening easy access to clean energy.

Ogilvy created a unique prepaid solar energy kit designed to widen access to clean energy. It contains a portable generator and a piece of software called Ant that allows users to sell solar energy at any story, without an Internet connection. This campaign picked up a Grand Prix in product design at Cannes.

Politics in Brazil is riddled with corruption and this smart tool from Grey Brazil and ReclameAQUI helped people realise which of their politicians was to be trusted or not. Using Microsoft’s facial recognition technology, the Corruption Detector identifies photos of politicians and instantly brings up on the screen which corruption or administrative processes he/she has responded to in court. This also picked up a Grand Prix in Cannes, for mobile.

Images can be very expensive to licence - an issue for brands wanting to feature older pictures in print campaigns. This cheeky campaign by Africa for Budweiser latched onto the commonality of Google search terms to bypass that issue. Viewers who followed the instructions would be pushed to images of famous rockstars downing an ice cold Bud in different scenarios.