17th annual post production awards competition, the first under the AICP banner, to honour excellence in a wide range of disciplines 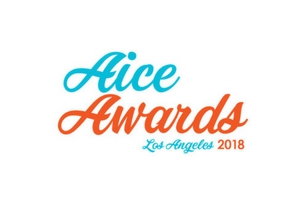 The Call for Entries for the 2018 AICE Awards for excellence in post production are now open. In addition, the awards competition will inaugurate three new categories, two of which are for music, with this year’s event. While this year marks the 17th annual AICE Awards, it’s the first to take place under the auspices of AICP, whose merger with AICE became official on January 1 of this year.

The gala AICE Awards presentation is scheduled for Thursday, May 10, at Unici Casa in Culver City, California. The deadline for entries is Monday, February 5, 2018. To be eligible, entries must have first appeared between February 6, 2017 and February 4, 2018. Full entry requirements and rules can be found at http://www.awardcore.com/aice/login.php.

Each presentation culminates with a Best of Show winner, which was presented in 2017 to Editor Daniel Sherwen of Final Cut for his edit of the Under Armour spot “It Comes from Below / Bryce Harper.”

“The AICE Awards have always been the signature event for the post production community, and this year will be no different,” says Rachelle Madden, AICP VP for Post Production and Digital Production Affairs. “What’s new this year is that the post community is now part of AICP, which means many more companies will be able to participate in the competition. Our merger not only broadens the field for entrants and eligible work, but for possible jurors and Curatorial Committee members, too. We’re excited about the potential for a wider, more inclusive competition, one that recognises and honours the best work being done in post production today.”

New this year will be an additional category in the Editorial segment for work appearing as part of a Social Media Campaign. This category joins others recognising work in National Campaigns, Regional Campaigns and Online Campaigns.

Also new in the Editorial segment is a category for Integration of Licensed Music. Winners in this category will be determined by the skill of the editor in making a piece of licensed or pre-existing recorded music to work with the picture in achieving the entry’s communications goal.

Joining the Craft segment of the show is a corresponding new category for Licensed Music. Entries will be judged on the use of an existing performance of a song, or a licensed composition, with winners determined by how the music supports the picture and concept.

The full list of AICE Awards categories includes the following:

Color Grading (90 Seconds and Under)

The 2018 presentation will also honour a new inductee to the AICE Hall of Fame and recognise the winners of “The Lev,” the Grand Prizes in the associations’ 2017 International Camp Kuleshov trailer competition for assistants. Members of AICP’s West Chapter are hosting the 2018 event.

To be eligible for the AICE Awards, entries must have been totally post-produced at AICP General Member companies.