Trends and Insight 555 Add to collection 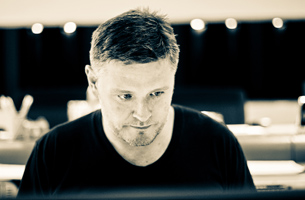 Sound in advertising has taken big strides over the last few years. Commercials now use sound as a real impact tool, bringing incomparable emotional depth to creative work. In its own right, sound is a key part in storytelling and plays an important part in visual narration. You only have to look at this year’s Christmas campaigns to see how sound is playing a big part in building a specific mood and telling a story.

A large element of this is the use of music with sound design. At Grand Central sound studios, we are often involved in the process of searching for, or managing the composition of, a bespoke piece of music, and we are always responsible for crafting the music edit so it works seamlessly with the picture and sound design.

Interestingly, whether a track has been especially composed or has come from a sync agency, gone are the days of just chopping it to fit the length of a commercial. These days, when we’re working with music in a soundtrack, we increasingly have the ability to get to the audio stems of the tracks - the raw elements - and really deconstruct the track so it works for the whole spot. As a sound designer it is great to have the ability to work all the elements together in such a bespoke way. It truly enables us to create complex beds that elevate the soundtrack. A great example of this is a piece we did for VCCP’s Avis commercial. We received each individual audio track from the original 1964 recording of the Mary Poppins song ‘Lets Go Fly A Kit’, which was an absolute joy to work with  - we even got to hear David Tomlinson’s voice a cappella.

For 2016 I can also see digital animation within commercials increasing, whether it be 100 per cent animation or characters and creatures within live action. 2015 has been a growth year for this type of work. This is a lovely challenge for a sound designer, creating a sound for a character to make it come alive, give it weight and truly integrate it into a scene. One classic example of how sound works with animation is my colleague Tom Pugh’s work for the Kerrygold animated short story ‘Tales from the Meadow’.

When working with animation, the aim is always to create something that will carry the narrative and give life to the characters. The same goes for commercials using animated characters within live action, such as the meerkats in Compare The Market. Our industry seems to become fonder of this type of work every year, which will bring new opportunities for sound designers.

Building on this, further developments within the field of Virtual Reality (VR) will have consequences for different recording methods for sound design. VR presents many interesting new possibilities and challenges that will open the door to innovation and creativity in sound design. Immersing the audience in a story through sight, sound and even touch, offers gripping opportunities to bring commercial sound to the next level.

Now, let’s talk headphones. A large amount of commercials are currently being viewed online - and increasingly also via a smartphone - with headphones. Online audiences are a tough crowd, so for 2016, let's push the use of 3D audio technologies and binaural recording methods. Sound plays a major role in visual narration. Therefore, an audience’s understanding of, and emotional response to, what they see, depends just as much on what they hear. 3D audio and binaural truly integrates the listener into the narrative, it allows you to put the listener right at the heart of a scene by making them feel surrounded by sound. So for projects with a big online presence I can see the rise of two mixes, one for TV incorporating the levels that it needs, then one for online where you can play 3D sounds. And, of course, the rise of Dolby Atmos - which gives us the ability to pan and use multiple channels to mix in a 3D environment - means lots of exciting opportunities lie ahead.

Lastly, a look ahead couldn’t avoid the behemoth that is Star Wars, so expect big filmic soundtracks with the odd laser thrown in. In general, I would say 2016, will have many more dynamic sound mixes coming your way in the ad break. More filmic, with greater contrasts.

The creative industry is definitely seeing exciting changes that make it harder to take sound for granted. Let's use this momentum to make 2016 the year to truly embrace the power of sound, and finally give audio the attention it deserves.

Ben Leeves is a Sound Designer at Grand Central