Awards will be open for entry until Friday 4th December 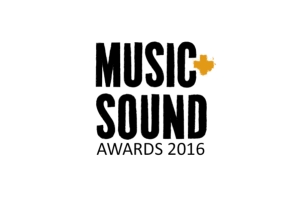 Teaming up once again with national music therapy charity, Nordoff Robbins, the UK Music+Sound Awards have opened their doors for 2016 entries.

For a 5th year they remain the first and only global awards programme to recognise and celebrate excellence within the world of music composition, supervision and sound design in the media.

Anyone who has worked, in any capacity, on an advertising, film or TV project that they feel has been notably enhanced by the music or sound is invited to submit their work. There are 28 categories in 5 sections: Best Original Composition, Best Sound Design, Best Sync, Best Re-Records + Adaptations and Best Use of Production Music.

With the support of the industry, the awards set out to underline how vital music and sound are to productions.

Jury member, Music Supervisor Sarah Bridge, sums is up when she says, "The formation of awards ceremonies such as the Music + Sound Awards denotes the increased recognition of the fields of music supervision, composition and sound design in the UK.”

A 26 strong judging panel of esteemed industry authorities, including Ogilvy & Mather’s CCO, Gerry Human, Iris’ ECD, Chris Baylis and Zoe Bell, Head of Integrated Film at Saatchi & Saatchi, will rigorously vet and consider each entry at the BFI Stephen Street Screening Rooms in January. They’ll determine the best and brightest so as to shine a light on them and enable the recognition and accolade they deserve.

Co-founder, Dan Neale says, “We are delighted to announce the opening of 2016’s competition. We have a stellar panel of judges eagerly awaiting entries and once again a full breadth of categories that encompass the entire range of crafts involved in this field.

It’s our fifth anniversary this year and there’s now firm confidence within the industry that the awards have set the gold standard in music and sound design within the media. For individuals and companies, receiving a Music+Sound Award is unquestionably recognised as being a prestigious and respected honour.  We wish all entrants the best of luck!”

The Music+Sound Awards are once again proudly supporting Nordoff Robbins, the national music therapy charity, with £5 from each submission and ticket sale going to this life-changing charity.

The Music+Sound Awards will be open for entry until Friday 4th December. Entry details and competition rules can be found on the awards site.

Once again the music and sound design industries have given their support to this event with sponsorship coming from heavyweights such as PRS for Music, Universal Production Music, Scramble, Factory Studios, SIREN, Jungle Studios, Imagem, Wave Studios, Yellow Boat Music, Native and Wave Music.