INFLUENCER: FCB’s EVP of Global Strategy, Tom Theys, on Trump and Sanders, Generation Z and the global momentum for change 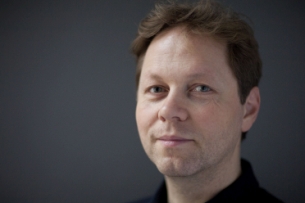 Donald Trump vs. Bernie Sanders in the USA. The plummeting slowdown in China’s growth rate. Google’s Eric Schmidt floating the idea of, “spell checkers for hate and harassment,” to help scrub the online world of hateful and harmful language. The FIFA scandal. The European refugee crisis. Caitlyn Jenner. The demise of men’s magazines. Ashley Madison, TalkTalk and the Hyatt hacking horrors.

We know from behavioral science that people hesitate to act until they see enough people do what they intended to do themselves or until they feel that it’s socially acceptable. People comply with social norms and do things because most others around them do so. My impression is that we are encountering a chain of events around us that is leading to a tipping point that will cause people to change their behaviors.

Over the last couple of years, we’ve seen tipping point examples at elections in Europe. Very few people would have thought it possible that extreme right wing Le Pen would get to the final round in the French elections. Greece had their extreme left wing socialist party, Syriza, win the elections against all odds. Other elections and votes that few would have thought possible were: Scotland, Catalonia, Spain and Labour’s Jeremy Corbyn becoming leader of the UK opposition.

They all have something in common: a lot of press attention with media expressing their surprise and excitement – or hope and horror – about unexpected popularities in the intermediate polls. This is similar to the excitement we saw when Barack Obama won his first election, against all odds to say the least. However, in report after report, the public could see the rising popularity and the growing fan base of those whom many considered the political newcomer.

Could we see such a scenario repeating itself in 2016? Would it have been possible in 2014 to see the likes of Donald Trump and Bernie Sanders doing so well in the polls? If the four U.S. presidential election frontrunners (Trump, Cruz, Sanders and Clinton) are the finalists, then we will face change no matter what. How surprising is it that electing the first woman to become President of the United States is currently the most likely option?

It seems as if politics and media are having difficulty in detecting a change coming. The more surprising the polls or the results, the more attention it gets in the press. But the reason why the established press and powers miss the upcoming societal waves is because news among younger generations is consumed in strikingly different ways than by previous generations. Millennials consume news and information in a more nuanced and varied way than some may have imagined, according to a 2015 study by the Media Insight Project, by the American Press Institute and the Associated Press-NORC Center for Public Affairs Research .

This generation tends not to consume news in isolated sessions or by going directly to news providers. On 24 separate news and information topics probed, Facebook was the top gateway to learn about 13 of those, and the second-most cited gateway for seven others. News and information are woven in an often continuous but mindful manner that allows millennials to connect to the world generally, mixing news with social connection, entertainment, problem solving and social action. This explains why a changing public opinion can reach the tipping point and turn into action so quickly. We have seen this happen in recent revolutions in the Middle East, but not just there. In several European countries, citizens spontaneously set up a system of refugee reception that was almost faster than those governments could organize.

The year of the tipping point will not only show itself in politics, and there are questions looming in the current news landscape to prove it. Will Europe give up its fascination for diesel engines now that Volkswagen’s Pandora’s Box of cheating with emission norms has opened? Will 3D printing and VR goggles make it to a profitable number of households? Will the dip in the BRIC economies make room for MINTS or other acronyms? Will the rise of discounters Aldi and Lidl continue unabated in the UK grocery market?

Change happens when we reach a critical mass that indicates the established way things are is ready to tumble headlong into what we would never have thought possible.

Today, almost any genome can not only be sequenced, but also turned into digital information. Does this mean that doctors will now develop therapies for cancer or heart disease based on each individual’s makeup? Furthermore, Playboy will not show nudity anymore. Who would have thought? And Belgium will take a giant leap in its ambition to rule the world when they win the UEFA European Championship in June (don’t say we didn’t warn you)!

What does all this mean for brands and businesses? These are catalysts changing human behaviors and human behaviors being a catalyst for change. In business we should be aware that now more than ever, consumers can form a power force that pushes towards an unexpected tipping point faster than we’ve ever experienced before. They have mastered the tools for it, have the confidence to do it and...they enjoy it.

2016 will be the year when a new generation enters adulthood: Generation Z will take part in their first elections and will start entering the workforce. A lot has been written about this new generation even though it is still in full development and the psychographic cement is still wet. It’s a generation that has grown up with streaming instead of owning music and with sharing instead of possessing. So it looks as if this generation will be less me-oriented, more social, more conscious and highly concerned about what goes on around them. They want change, as they have seen the world turn from a prosperous and peaceful place during their childhood to what it is today. There is no doubt that now that they have a say, they will use the power of their peers, their spirit of collectivity and the tools they’ve grown up with to shape and reshape norms.

Research, pretesting and surveys may fall short in predicting or understanding what’s emerging around the corner. However, there is only one option available: get on this journey with the people who, just like you, are both a part of and witnessing this tipping point.

Tom Theys is EVP of Global Strategy at FCB